According to members of the Orissa High Court Bar Association (OHCBA), Tuesday was the first time when the full bench of 14 judges assembled in a matter. 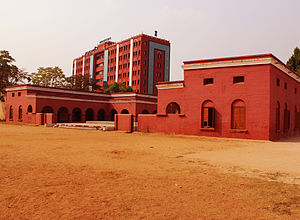 The Orissa High Court on Tuesday issued suo motu contempt notice to bar associations across the state, citing obstruction of court work through the ongoing strike by lawyers against decisions by the Supreme Court collegium on the appointments of judges, and for the establishment of regional benches in the state.

According to members of the Orissa High Court Bar Association (OHCBA), Tuesday was the first time when the full bench of 14 judges assembled in a matter. A total of 136 notices were issued by the court.

The court cited the reference made to the bench on the basis of reports from district judges and the registry of the court. “In view of continuous strike and cessation of court work by the Bar members in some parts of the State, including the High Court, thereby obstructing the administration of justice and in view of the number of decisions of the Supreme Court on this issue, the matter is required to be considered in judicial side,” the order said.

The HC has also issued notices to the Odisha Chief Secretary, Home Secretary and Law Secretary, along with various office bearers of the OHCBA, district bar associations, Orissa Bar Council and Bar Council of India.

The next hearing has been scheduled for October 21.

BREAKING
Leading human rights lawyer Amr Imam has been arrested from his home , He writes on Facebook pic.twitter.com/eBYv1zKPTS

Egyptian Lawyer Amr imam has been arrested from his home . https://t.co/YTv3hi616w

Extremely upsetting news that Egyptian rights lawyer Amr Imam has been arrested from his home.

(1) Egyptian lawyer @amr_imam has announced he will begin a partial hunger strike Thursday to protest the arrest and treatment of activists Esraa Abdel Fattah and Alaa Abdel Fattah, and lawyer Mohammed el-Baker, as well as detainee conditions at Tora Maximum Security Prison 2. pic.twitter.com/N8C9Uzv1Yf

Mr. #Sisi : arresting lawyers because they do their jobs = declaration that only law of jungle rules in #Egypt