In the Philippines, the president’s latest war is claiming the lives of farmers, activists and political opponents. 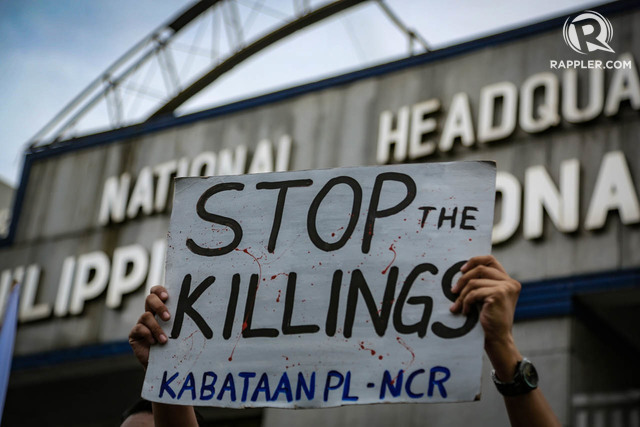 Philippine President Rodrigo Duterte’s “war on drugs” has been blamed for thousands of alleged extrajudicial killings.

Now, the president is waging another bloody war – this time against a communist rebellion.

In November last year, Duterte declared a state of emergency on the island of Negros, ordering military and police reinforcements to launch operations against the New People’s Army.

But many allege the victims have not just been rebel fighters.

Rights organisations say they have documented more than 80 alleged extrajudicial killings of farm workers, human rights advocates and lawyers on Negros since Duterte came to power in 2016.

His wife, Yesha Ramos, blames the Duterte government for his death.

“I feel so mad, I feel so sad, I feel just really angry,” she tells 101 East. “It was the state forces. Taking the life of a person who is very innocent, who has been very supportive of farmers, is not an answer.”

“If They Are Stubborn, Then We Will Kill Them”: Inside Rodrigo Duterte’s War on Drug Suspects in the Philippines

Farmers, lawyers, and human rights activists on Negros Island in the Philippines fear for their lives. They claim they’re being targeted by state-sanctioned death squads. On @AJ101East: https://t.co/SeWnBtwEY9 pic.twitter.com/CJlhVS0COn

“All of the 87 have not gotten any justice.” Since Philippines President Duterte came to power in 2016, there have been at least 87 alleged extrajudicial killings of farmers, human rights advocates and lawyers on Negros Island: https://t.co/SeWnBtOgmJ pic.twitter.com/wJZi1nABvT

Human rights lawyer Ben Ramos was killed on the island of Negros in the Philippines. His wife blames state forces for his death. @AJ101East follows the case: https://t.co/SeWnBtOgmJ pic.twitter.com/QcflBdOlGI

"On the President's Orders" gains access to a police unit in the Philippines as suspicions continue that the police are carrying out extrajudicial killings targeting suspected drug users or dealers. WATCH: https://t.co/84qN6Fayee pic.twitter.com/pwCWAA5MUN

Over 500 civilians were reported killed in targeted attacks in the #Philippines over the first half of 2019, ACLED data show.

State forces were linked to more than 300 of these killings: https://t.co/JPEXQVuxOj #Duterte pic.twitter.com/uJGNImi8RR

Fascinating analysis showing many irregularities in drug-related killing campaign in the #Philippines based on comprehensive data from the only existing individual-level database of drug-related killings compiled by Ateneo Univ #ISSDPasia pic.twitter.com/azovPoZo8p

The #Philippine war on drugs has not had a deterrent effect on #drug use. In fact, a recent study has shown that it is having the opposite effect: by causing more distress it is increasing drug consumption. Important insights from Renier Louie Bona at #issdpAsia pic.twitter.com/90VbLAqO3o