After hearing the arguments for over a month, the Bombay High Court on Monday reserved its orders on the bail applications of activists Vernon Gonsalves, Sudha Bharadwaj, and Arun Ferreira, who have been accused in the Bhima-Koregaon case.

A Single Judge Bench of Justice Sarang Kotwal has been hearing bail applications of the three accused on a regular basis since August 27.

On Monday, Additional Public Prosecutor (APP) Aruna Pai concluded her arguments on behalf of the Pune police. She submitted that the Call Detail Records (CDRs) of all three accused show that they were in constant touch with the other accused persons, Surendra Gadling and Rona Wilson. It is sufficient to keep them incarcerated in jail, Pai argued.

Earlier, on October 1, Pai had claimed that accused Vernon Gonsalves and Arun Ferreira were involved in recruiting cadre for banned Naxal group Communist Party of India (Maoist). On October 3, it was further submitted that all three activists were members of organizations that were allegedly acting as frontal groups for the CPI (M).

Arguments on behalf of the bail applicants had concluded on September 24. Appearing for Arun Ferreira, Advocate Sudeep Pasbola had submitted that though his client may have been inspired by Marxist or Leftist ideology, it was not a ground to incriminate him in connection with the alleged conspiracies of the banned Naxal group CPI (M).

It was also submitted that there is no incriminating evidence against Ferreira produced by the prosecution. Pasbola had argued that the Police had booked Arun Ferreira for assisting co-accused Surendra Gadling, who had represented Delhi University professor, GN Saibaba. Saibaba had been convicted to life imprisonment for having Maoist links in 2017.

More than two years after they were first detained, the honorary chair and the former Director of Amnesty International Turkey and nine other human rights defenders must be acquitted of the absurd charges they still face, said Amnesty International ahead of their trial which resumes tomorrow in Istanbul.

Taner Kılıç, Amnesty Turkey’s Honorary Chair, and İdil Eser, the organization’s former Turkey Director, are being tried alongside nine others on baseless allegations of “membership of a terrorist organisation”.

“After more than two years and without a shred of credible evidence presented to substantiate the absurd charges made against them, it is now time to end this judicial farce and acquit Taner and the Istanbul 10,” said Kumi Naidoo, Amnesty International’s Secretary General.

“Over the course of eight hearings, the prosecuting authorities have failed to present any credible evidence of any criminal wrongdoing, yet the threat of conviction has hung over these 11 human rights defenders but also as a warning to anyone else standing up for human rights in Turkey.”

Taner Kılıç spent more than 14 months in prison before his release on bail in August 2018. Eight of the Istanbul 10 spent almost four months each behind bars before they were bailed in October 2017. 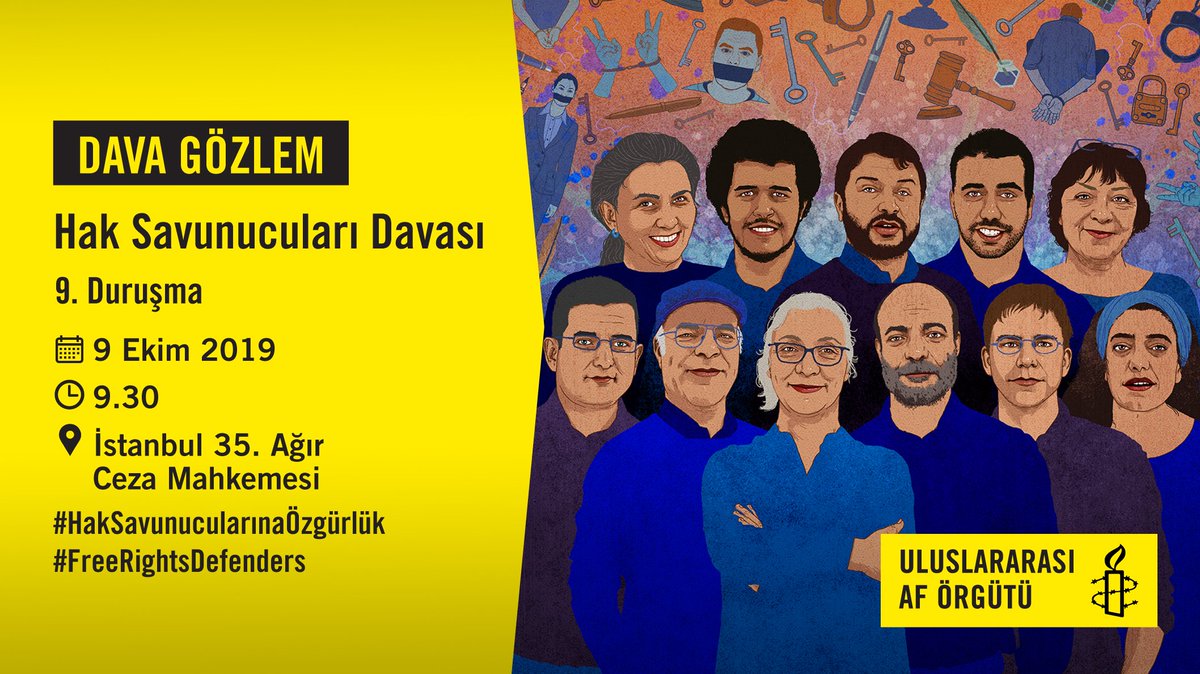 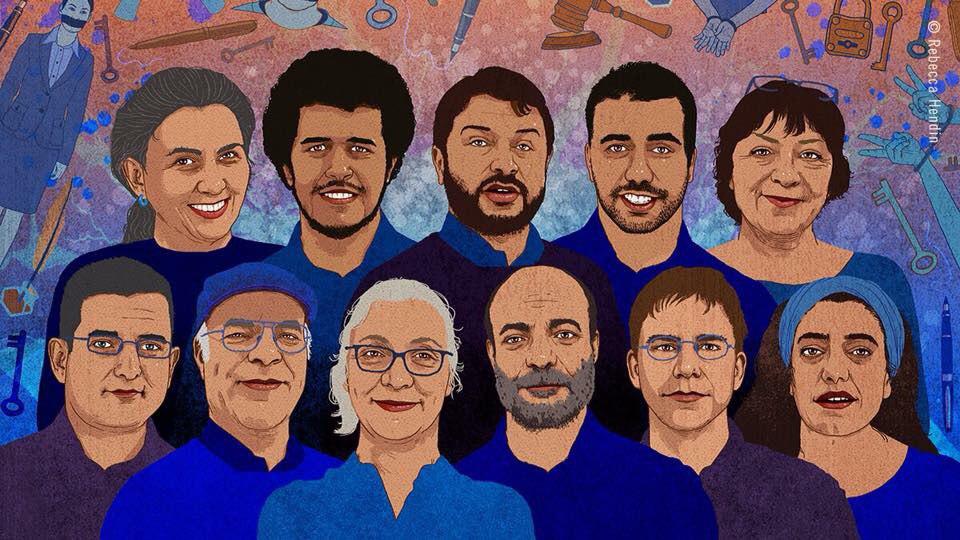 #BREAKING: The posecutor at the trial of the #Istanbul10 & #TanerKilic requests extra time for preparing his opinion.

Next hearing scheduled for 27 November.

After 2+ years facing absurd allegations, their ordeal will continue. This is the state of justice in #Turkey today. https://t.co/ppjuNkZ3Co 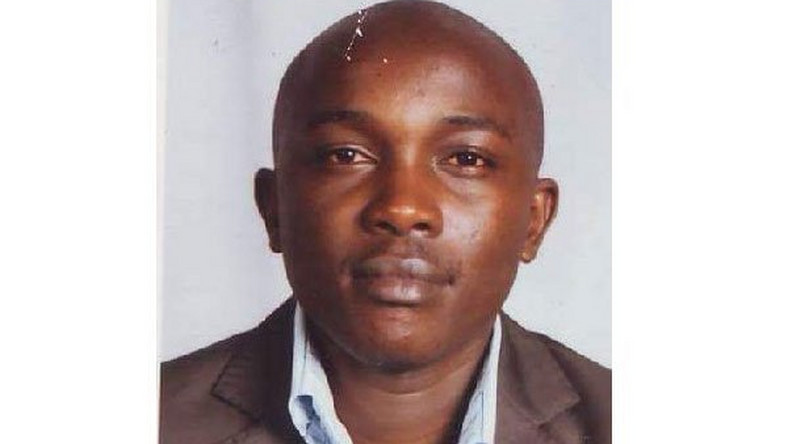 A police informant has given chilling details on the murder of lawyer Willy Kimani, his client Josephat Mwenda and taxi driver Joseph Muiruri.

Detailing how the three were killed, Peter Ngugi told the court that four police officers planned and executed Willy Kimani, his client and the taxi driver.

A police officer, Fredrick Leliman is said to have suffocated them with a polythene bag and strangled them with a rope, before dumping their bodies in a river.

According to the informant, Leliman told him that the injured man was really pushing for his dismissal and was being assisted by the Independent Policing Oversight Authority (IPOA) in the case.

The Netherlands: International statement of solidarity

On 4 October 2019, a memorial service was organized for Dutch lawyer Derk Wiersum. On this day, a international solidarity statement signed by 34 organizations including Lawyers for Lawyers was published. Mr. Wiersum, a well-respected lawyer and deputy judge, was shot in broad daylight right outside his house in Amsterdam in the early morning of 18 September 2019. He was representing a crown witness in the so-called Marengo-trial, a high-profile criminal case against members of an organization accused of several murders and attempted murders in the last couple of years. Although the events are still being investigated, it is assumed and highly likely that the death of Mr. Wiersum is related to his work as a lawyer.

This killing of a lawyer, apparently in connection with his work, raises serious concerns for the safety of lawyers and poses a threat to the proper functioning of the rule of law and the adequate protection of rights, including the right to remedies and fair trial.

The organizations welcome the prompt and public condemnation of this crime and the immediate measures taken by the Dutch authorities to initiate an investigation, which should lead to the identification and prosecution of the perpetrators. The organizations also welcome that measures were taken promptly and immediately to protect lawyers and all others who need protection in the Marengo-case. We expect that the Dutch authorities will do everything in their power to ensure that lawyers can do their work safely, freely, and independently in all circumstances. “The release of Kamto and other opponents is excellent news,” said Lewis Mudge, central Africa director at Human Rights Watch. “But Kamto, his allies, and supporters should never have been arrested and prosecuted in the first place for simply organizing peaceful protests.”

Kamto denounced the results of presidential elections in October 2018 and was facing trial before the Yaoundé Military Court on charges of insurrection, hostility against the homeland, criminal association, threats to public order, rebellion, and inciting insurrection, crimes that could carry the death penalty. The next hearing was scheduled for October 8. All charges against Kamto have been dropped.

Menkem Sother, a lawyer for Kamto, told Human Rights Watch that while he welcomed the news of Kamto’s release, 60 other party leaders, members, and supporters were still awaiting trial.

GOOD NEWS:
37,000 of you joined our call for Michele Ndoki and Valsero's release.
They are finally free!
Thank you all. #cameroon pic.twitter.com/iHlbncKgHS