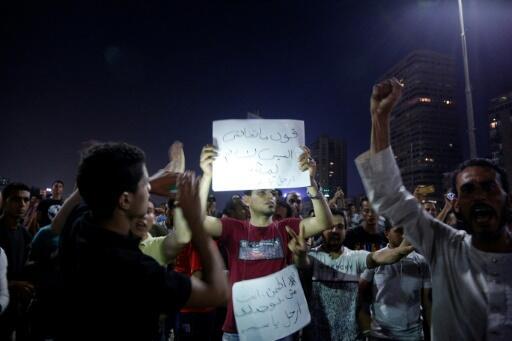 Two prominent academics were also detained on Tuesday, a lawyer and a relative said.

Hazem Hosny, a Cairo University political science professor, was arrested on Tuesday night in front of his home, his lawyer Tarek al-Awadi said on his Facebook account.

French-educated Hosny was a spokesman for former Egyptian military chief of staff Sami Anan, who was detained after he attempted to run against Sisi in presidential elections last year.

The professor has been critical of Sisi on social media in recent days.

The growing list of arrests includes three journalists held for their coverage of the protests and award-winning human rights lawyer Mahienour El-Massry.

Egypt has also come under fire from rights groups for disrupting internet access to the popular app Facebook messenger and news sites such as the BBC.