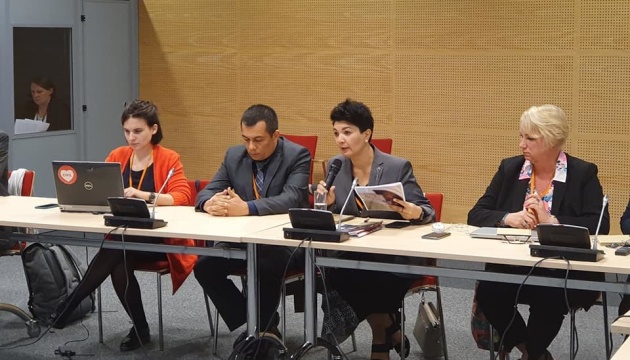 The persecution of Crimean Tatars and pro-Ukrainian activists, as well as their relatives and lawyers who protect them, is ongoing in Crimea.

A corresponding statement was made during a side event “Persecution of Crimean Tatars’ Defenders in Crimea: Attacks on Lawyers, Journalists and Activists” at the OSCE Human Dimension Implementation Meeting in Warsaw, an Ukrinform correspondent reports.

Tamila Tasheva, the coordinator of CrimeaSOS organization, noted that pressure started to be put on Crimean Tatars and active Ukrainian population living on the peninsula after Crimea had been occupied. Thus, the activists and journalists began to leave Crimea and only representatives of the Mejlis of Crimean Tatar People stayed on their land. According to her, the activists, relatives of those persecuted and lawyers united in the Crimean Solidarity organization in 2016 but they also began to be oppressed by the occupying power of the Russian Federation.

“Over 80 political prisoners, including more than 60 Crimean Tatars, are held in Crimea now. They all are prosecuted under so-called ‘terrorism’ articles,” Crimean lawyer Emil Kurbedinov stressed.

Of course, these charges are completely trumped-up as the people are being persecuted for their active civic stance, for their views, Kurbedinov emphasized.