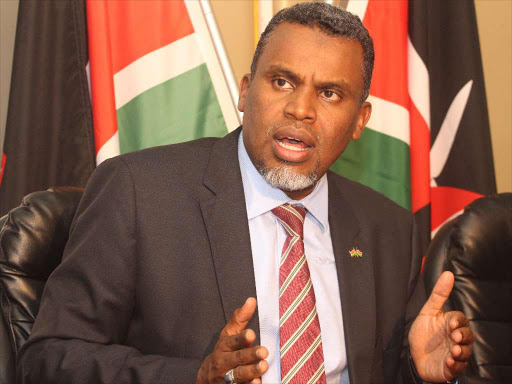 The Director of Public Prosecutions has opposed an application by one of the accused persons in the Willie Kimani murder for review of the order allowing his confession to be used as evidence.

The court had called for a trial within a trial to determine whether his confession would be allowed as evidence. The judge ruled that the confession was admissible and would be used.

Ngugi who got a new lawyer after firing the previous one now wants the court to review its own ruling on the confession and not admit it as evidence.

He argues that the confession was taken in Swahili and translated into English which he does not understand.

However, the DPP has asked the court to dismiss Ngugi’s application arguing that they followed all the necessary procedures in writing the confession.

The prosecution says the LSK and Kenya National Commission of Human Rights were involved in the process as required under confession guidelines.

Deputy DPP Nicholas Mutuku said there is no law that allows Lessit to review her own ruling.

Lawyer Ben Sihanya also opposed the application by Ngugi, saying no authority had been cited to justify a request for review.

The confession statement in question details how all the accused persons conspired to kill lawyer Kimani, his client and a taxi driver in 2016.

The bodies were found stashed in gunny bags in a river in Ol-Donyo Sabuk, Machakos county.

A diver who found the bodies told the court of his two-day horrific experience.

John Mwaniki said the bodies were tied at their waists, while their heads had been tied with plastic bags.

We demand that the government of #Kenya ensure #JusticeForWillieKimani. We demand #JusticeForActivists.