UK/Israel/Palestine: No penalty for lawyer who tried to ‘demoralise’ pro-Israel group 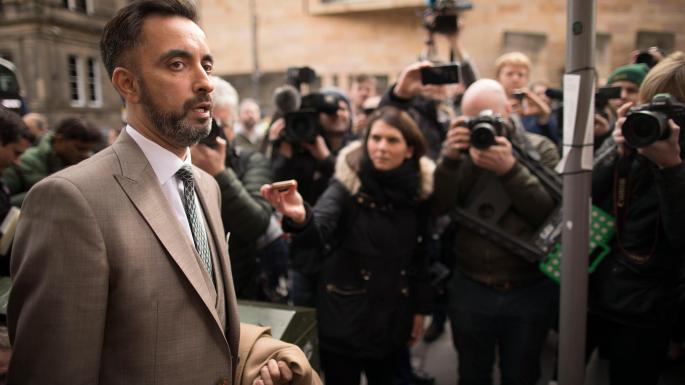 A leading human rights lawyer who urged protesters at an anti-racism march to “demoralise” campaigners from a Israeli lobby group with a sea of Palestinian flags will not face punishment.

Aamer Anwar has escaped discipline for accusing the Confederation of Friends of Israel of “rank hypocrisy”. He urged demonstrators at a Stand Up to Racism march last year to confront members of the group, whom he accused of “denying the right of a people to their own state”.

Sammy Stein, chairman of Glasgow Friends of Israel, said the group attended “to show our abhorrence of racism in all its forms”. Mr Anwar’s comments were, he said, “unfair, untrue and based on total ignorance of our position, which is to advocate for peace for both the