Peru: Break-in at home and theft of work database of Miluska Luzquiños 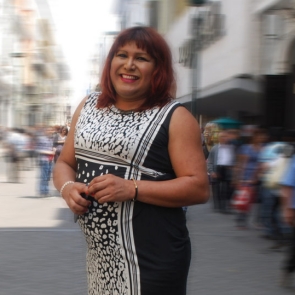 On 8 June 2019, the home of woman human rights defender Miluska Luzquiños was broken into, and important digital and physical materials used in the work of RedLacTrans were stolen. The police formally opened an investigation on the case, however, there are no developments registered so far.

Miluska Luzquiños is the National Coordinator of RedLacTrans in Peru. As a trans woman and a lawyer, she has worked over the past years to promote advocacy, protection and capacity-building for the LGBTI+ community in the country. She has gained national recognition for her work as a human rights defender, and has advocated for the adoption of a law on gender identity.

In the morning of 8 June 2019, the home of human rights defender Miluska Luzquiños was broken into. Unidentified perpetrators took documents, including the passports of two members of the organisation, and objects such as laptops, flash drives and cellphones, all containing sensitive information crucial to the work of RedLacTrans. A safe was also stolen, containing the tokens allowing the organisation to access its bank accounts. The stolen materials included information on the organisation’s advocacy plans, especially regarding their work on the promotion of the draft law on gender identity (proyecto de Ley de Identidad de Género).