Australia/Timor Leste: Timor-Leste and Australia have little to celebrate if Witness K and Bernard Collaery are not free

The trial of the former Asis spy and his lawyer undermines the already complicated relationship between two neighbours, writes Timor-Leste’s former president 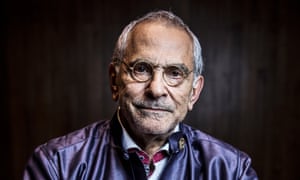 As Timorese and Australians work round the clock preparing to celebrate two milestones in Timor-Leste’s recent history – the independence vote on 30 August and the arrival of peacekeeping troops on 20 September 1999, intimately connecting the two countries like an umbilical chord – two brave Australians are on trial for exposing a perfidy unworthy of a great country.

Xanana Gusmão is presiding over the organising committee of the two anniversary events. I peeked and walked in uninvited as our charismatic leader and chief negotiator gave instructions to some 100 officials involved in the festivity preparations.

Meanwhile in Australia, two men, former Asis spy Witness K and Canberra barrister Bernard Collaery are being tried … for treason? Disloyalty to country or to a government that was acting hors de loi? The two patriots were not passing on sensitive Australian security or economic secrets to Indonesia, China, North Korea or Russia.

Rather Witness K exposed the Australian government’s illegal spying operation against its ally, Timor-Leste, during bilateral negotiations. He and his lawyer, Collaery, now face jail time if convicted at trial.

The story is a simple, sad one, a story of chicanery, of innocence and trust betrayed. Sometime in 2004 as officials of our two countries were engaged in intense negotiations to resolve resource disputes in the Timor Sea, an Australian intelligence officer was ordered by his bosses in Canberra to plant listening devices in key Timor-Leste government offices to obtain sensitive information on its position and tactics.

Senate outcry after review of Home Affairs produces ‘no report’