Me #MichelleNdoki tweets from Kondengui: "Child of my land. Through my collaborators I start interacting with you again. So that together we turn to the construction of our land. Beyond the bars of a prison of politics. Around what brings us together our UNITY. #lnclusiveDialogue pic.twitter.com/TjrkcbdtZY

#SAHKAH
BARRISTER MICHELLE NDOKI HAS BEEN CHARGED WITH ILLEGAL EMIGRATION BY THE MILITARY TRIBUNAL IN YAOUNDE.

Lawyers of the Gurugram district court blocked for about two hours the Delhi-Gurugram Expressway at Rajiv Chowk after the death of an advocate on Thursday. They were demanding fast-track court trial in the murder of Navin Yadav, a lawyer.

Navin succumbed to injuries at a hospital on Thursday. He and his six family members were assaulted by a neighbour, Akhtar, and his associates in a land dispute at Udaka village in the Nuh district of Haryana.

The Nuh police have registered an FIR against seven people under Section 307 (attempt to murder) and arrested three accused.

Stating that Section 302 of IPC has been added against the accused, Deputy Superintendent of Police (DSP) Dharambir Singh said others, including Akhtar, would soon be arrested.

According to the police, Navin and Akhtar had sought the panchayat’s help in resolving the land dispute. The panchayat decided in Navin’s favour.

“Akhtar was not satisfied with the decision. He and his accomplices attacked Naveen and his family at their house. They locked the door and thrashed them with cricket bats, iron rods and batons. Navin sustained head injuries,” the DSP said.

“It’s a clear case of criminal conspiracy as Akhtar and his men attacked the victim’s house in a planned manner. They locked the door to prevent them from escaping,” said Parvesh Sharma, a lawyer at the Gurugram district court.

As the news of Navin’s death spread, lawyers at various courts, like Nuh, Sohna, Gurugram and Rewari, suspended their work and blocked various highways, including Gurugram-Alwar National Highway in Nuh and Sohna. 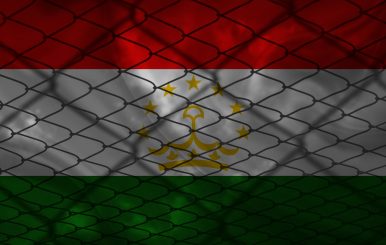 To put it mildly, the Human Rights Committee has a lot of concerns about Tajikistan. In its concluding observations, a 12-page document, half a page includes an introduction and “positive aspects,” while the remainder catalogs “principle matters of concern and recommendations.”

To those familiar with Tajikistan, there are no surprises in the report. The list of concerns hits all the hot topics: corruption; discrimination; violence against women; problematic states of emergency regulations; ambiguity and overreach with regard to terrorism and extremism; reports of torture; the deaths of prisoners in custody; unfair and closed trials; harassment of journalists, lawyers, activists, opposition politicians; interference of the state into matters of religious practice; and more.

Tajikistan’s last such review, in 2013, was in many ways the same. The areas of difference are down to the examples, not the necessarily the core concerns themselves.

For example, in 2013 the review highlighted the fresh case of Zayd Saidov, a Tajik businessman and politician who announced the creation of a new political party “New Tajikistan” in April 2013 with eyes on contesting the presidential election later that year. He was soon after arrested. In the August 2013 review, the committee noted his case specifically:

In December 2013, Saidov was sentenced to 26 years in jail on a bevy of charges ranging from fraud to rape of a minor. The trial was held behind closed doors. In early 2015, his outspoken lawyer, Shukhrat Kudratov, was jailed for nine years, and then Saidov faced additional charges which resulted in the adding of three years to his sentence.

Jump ahead to 2019. It’s quite clear Dushanbe did nothing but ignore the committee. The 2019 review mentions not only Saidov, but also the leaders of the Islamic Renaissance Party (IRPT) and a handful of jailed human rights lawyers.

The period after 2013 marked a significant turning point for Tajikistan’s political climate. The downturn hit its full stride in 2015 with the banning of the IRPT and the persecution of its leaders, their lawyers, and their extended families. 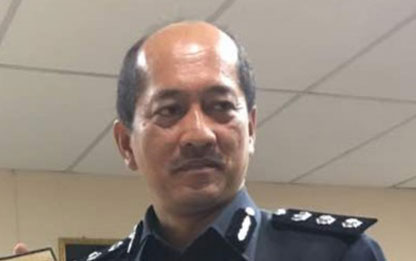 Pakistan/Day of the Endangered Lawyer: CJP’s statement doesn’t go down well with bar

The gulf between the superior judiciary and the bar is widening day by day. The clash started when Chief Justice of Pakistan (CJP) Asif Saeed Khosa took steps for judicial reforms in the country especially in respect of Sections 22A and 22B of the Criminal Procedure Code (CrPC) and establishment of model courts.

Lawyers boycotted the court proceedings over these initiatives. Later, the matter was amicably resolved between bench and bar. However, tension again rose over presidential references filed against two judges – Justice Qazi Faez Isa of the Supreme Court and Justice K K Agha of the Sindh High Court.

Harsh statements were issued against top judges by the Supreme Court Bar Association President Amanullah Kanrani.  The Pakistan Bar Council (PBC) formed vigilant committees to identify inefficient judges so that complaints of misconduct against them could be filed in the Supreme Judicial Council.

Tensions have further intensified over the CJP Khosa’s recent statement that that lawyer should launch a movement for restoration of the dignity of the legal profession ‘Tehreek-e-Bahali Izat-e-Wukla’ and the PBC Vice Chairman Syed Amjad Shah has expressed serious reservation over the CJP’s statement.

He said lawyers throughout the country will observe nationwide strike on Saturday, July 27, to condemn filing of mala fide references by the government against the two judges.

Shah said the second All Pakistan Lawyers Convention – which is part of a series of conventions started in Peshawar on July 13 against the government’s move against independent judges – will be held on July 27 in premises of the Islamabad Bar Association at the federal capital’s F-8 Markaz.

“[This convention] will be attended by lawyers from whole of Pakistan. The lawyers besides condemning the mala fide references against two judges will also consider other important matters pertaining to system of dispensation of Justice,” said the statement.

In pursuance of the directions passed by Pakistan Bar Council, The Lawyers of Punjab will observe a full day strike & will not appear in courts on 27.07.19 in protest of filling references against Mr. Justice… https://t.co/dUmNlpkk6K

A bench of justices Ranjit More and Bharati Dangre granted the interim protection to LC and others till August 19, the next date of hearing.

The Bombay High Court on Thursday restrained the Central Bureau of Investigation from taking any coercive action against NGO ‘Lawyers Collective’ (LC) and its founding members, senior lawyers Anand Grover and Indira Jaising.

A bench of justices Ranjit More and Bharati Dangre granted the interim protection to LC and others till August 19, the next date of hearing.

Based on a complaint by the Ministry of Home Affairs, the CBI had registered a case against Grover and LC for alleged violation of the Foreign Contribution (Regulation) Act (FCRA) in receiving foreign funds for the NGO.

They approached the high court on Thursday seeking that the case, registered by the CBI in June, be quashed.

Senior Advocate Aspi Chinoy, their lawyer, denied all charges of FCRA violation and alleged that the MHA’s complaint and the FIR were, on the face of it, “abuse of power”

India Persecutes Leading Legal Advocate for People Who Use Drugs