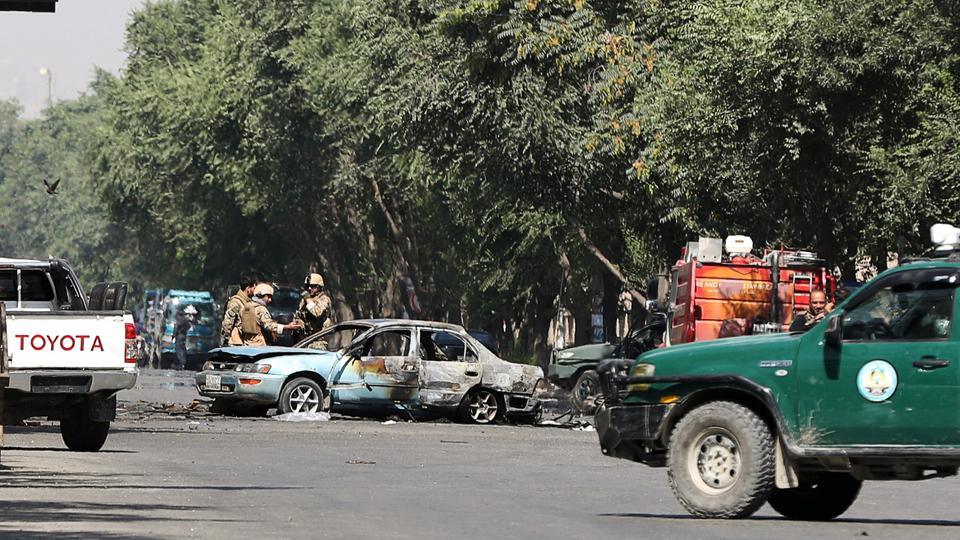 A human rights lawyer who was detained in December for sharing a picture of himself wearing a yellow vest on Facebook in solidarity with protesters in France has had his appeal rejected by a court in Egypt.

Mohamed Ramadan was arrested for allegedly joining and promoting a terror group and inciting demonstrations and sentenced to 15 days in prison, but is still being detained seven months later.

To prevent copycat protests ahead of the anniversary of the Egyptian Revolution authorities blocked the sale of vests and claimed to have found eight in Ramadan’s possession.

Ramadan, who once defended human rights activists and political prisoners in Egypt, is being held in pre-trial detention pending further investigation, which is constantly being renewed.

In December, Ramadan’s lawyer said he was being held in solitary confinement and is suffering a series of health complications including high blood pressure and respiratory complications, and is not being given access to adequate health care.

Today, Egyptian rights lawyer Mohamed Ramadan's mom was buried after she passed away yday–all while he was in pretrial detention.

Advocates had filed requests for him to visit his mom before she passed away, and for him to attend the burial.

Authorities failed to grant either. pic.twitter.com/ujlZWbhfkb

Turkey: Joint submission by the ALI, the ODF and the HRD on abuse of Anti-Terror Law and criminalization of legitimate exercise of the freedom of expression

A coalition consists of the Arrested Lawyers Initiative, the Open Dialogue Foundation and the Human Rights Defenders e.V. made a joint submission titled ‘ARBITRARY APPLICATION OF ANTI-TERRORISM LAWS AND CRIMINALIZATION OF USING AN I-MESSAGE APPLICATION (BYLOCK)‘ to the United Nations Human Rights Council for Turkey’s UPR session.

The Submission concluded that:

Joint submission by the ALI, the ODF and the HRD on abuse of Anti-Terror Law and criminalization of legitimate exercise of the freedom of expression

eading figures across the trade union movement in Britain have thrown their weight behind a campaign in solidarity with journalist Hisham Fouad and lawyer Haitham Mohamedain who have been detained by Egypt’s military regime on trumped up charges. Trade Union Congress president Mark Serwotka, the general secretary of the National Union of Journalists Michelle Stanistreet and Jane Loftus, president of the communication workers’ union CWU are among the signatures to a petition calling for Hisham and Haitham’s release which has gathered the support of over 200 trade union activists.

The latest wave of arrests targeting critics, opposition leaders, activists and journalists under the guise of counterterrorism is part of the Egyptian authorities’ systematic persecution and brutal crackdown on anyone who dares to criticize them. The crackdown leaves no doubt about the authorities’ vision for political life in Egypt; an open-air prison with no opposition, critics or independent reporting allowed.” 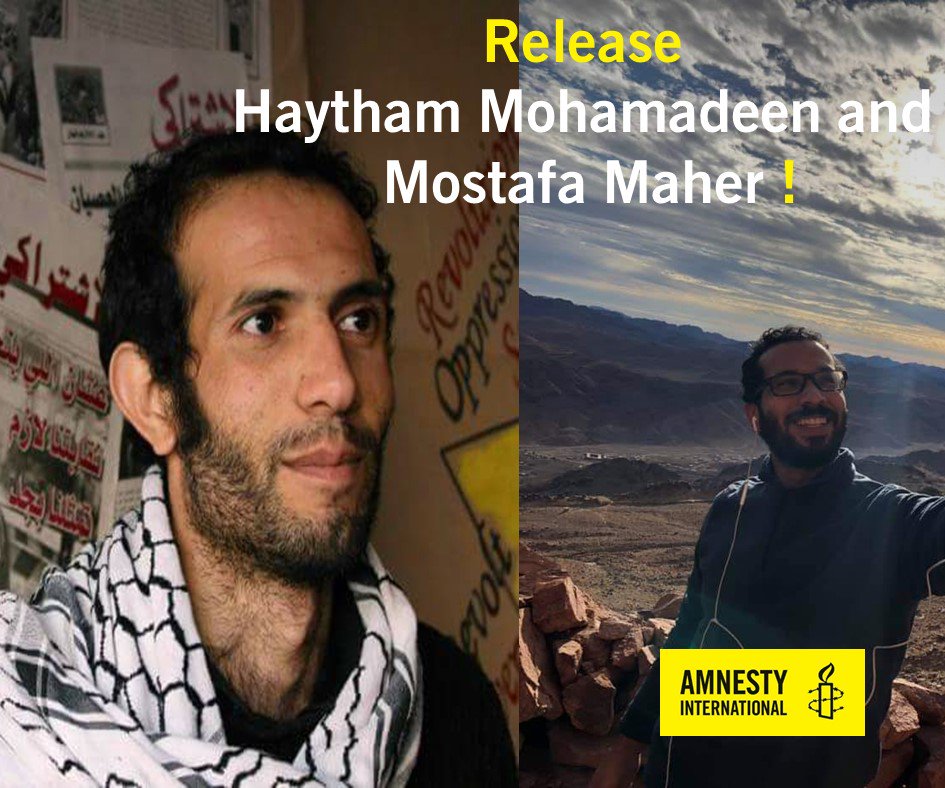 Azerbaijan: Lawyer disbarred for disclosing his client’s torture allegations in prison seeks justice from the European Court of Human Rights

Yalchin Imanov is the latest of at least two dozen human rights lawyers to have been disbarred, had their licences suspended, been criminally prosecuted or otherwise pressured by the authorities in Azerbaijan.

On 8 August 2017 Yalchin visited his client, Abbas Huseynov, in the high security Gobustan prison and saw bruises all over his body. Mr Huseynov told him that he had been severely tortured by prison officials, including being beaten with batons, dragged on the floor, tied to a metal pole in the yard and held in a solitary confinement with his hands and legs cuffed, over several days. Upon leaving the prison, he was contacted by several media outlets for information about the worrying situation of his client and he described to the media the treatment his client had been subjected to and the bruises he had seen on him.

The next day, Yalchin requested both the Prison Service and the Prosecutor’s Office to investigate Mr Huseynov’s torture allegations but no investigation has been conducted to date. In response to his complaint the Prison Service requested the Azerbaijan Bar Association (ABA) to take disciplinary measures against Yalchin for allegedly aiming `to cast shadow over the work and reputation of the state structures` and `to cause disorder` and `tension among some groups of the society`. His licence was suspended by the ABA on 20 November 2017, pending decision of the domestic court on his disbarment.

Yalchin was indefinitely disbarred by the Ganja Administrative Economic Court on 22 February 2019 on the basis of the request from the ABA who claimed that he had damaged `the honour, dignity and business reputation` of the Prison Service by providing information to the media about the torture allegations of his client, convicted in the Nardaran case.

Yesterday, we lodged an ECtHR application on behalf of Yalchin Imanov, lawyer, disbarred for publicising torture against his client.
Read more: https://t.co/IFJE0zWITX pic.twitter.com/ae21KKq2Qv

My lawyer Yalchin Imanov was illegally disbarred by the Bar Association for speaking out against torture of his clients. Now his case is in ECtHR and… https://t.co/SvqbgBAmLr

Pakistan/UK/Day of the Endangered Lawyer: Why won’t the government condemn the existence of Pakistan’s blasphemy laws? 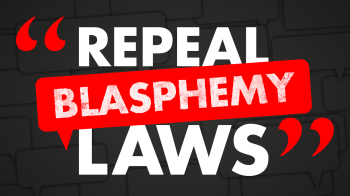 Ministers keep condemning the “misuse” of Pakistan’s blasphemy laws in response to parliamentary questions. But the ‘misuse’ of indefensible laws isn’t the issue – the existence of them is, says Chris Sloggett.

On Monday foreign office minister Tariq Ahmad addressed a question about the case of Shaghufta Kausar in a written answer to a question from a fellow peer.

Keen human rights defenders may recognise this case. The National Secular Society’s Secularist of the Year for 2019, Saif ul Malook, is defending Shaghufta as she faces a possible death sentence in Pakistan over an allegation that she sent a text message insulting Muhammad. This is very risky work: lawyers who defend those accused of blasphemy in Pakistan face routine threats and some, such as Rashid Rehman, have been killed.

The court also reminded the Nicaraguan State that “hindering the work of advocates, as well as ignoring the provisional measures determined by the Inter-American Court, constitute incompliance with your international obligations.” 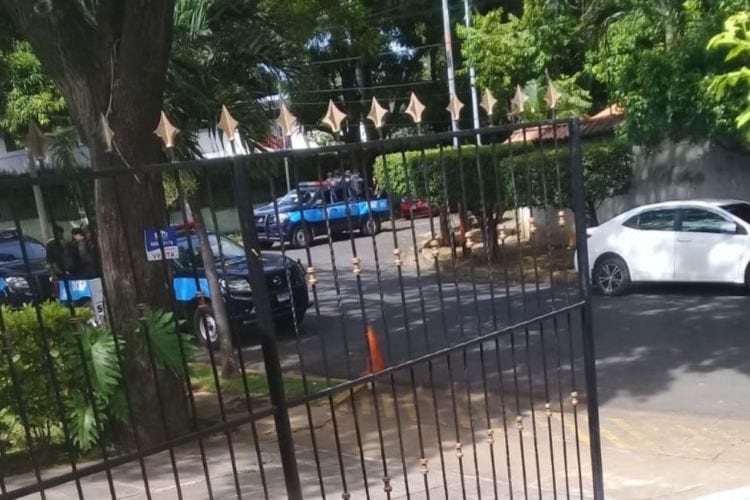 This Tuesday, July 17, the Inter-American Court of Human Rights posted on Twitter that they “urge an end to the harassment” of human rights defenders in Nicaragua.  The post referred to a recent episode where some six police patrol cars surrounded the building where the Defensores del Pueblo [People’s Defenders] have their office. The group is made up of lawyers who defend the political prisoners of Daniel Ortega’s regime.

They also reminded the State of Nicaragua that “hindering the work of [human rights] defenders, as well as disregarding the provisional measures determined by the Inter-American Court of Human Rights, constitute acts of incompliance with your international obligations.”

The siege mounted against the lawyers began around 8:40 a.m. when six patrol vehicles, carrying some thirty members of the Police special forces, stationed themselves along the two access routes to the attorney’s offices, essentially surrounding the installations. The offices, located in the Los Robles sector of Managua, are coordinated by Dr. Julio Montenegro.

Later, one of the police commanders began to take photos and videos of those entering and leaving the building. They also detained and took data from vehicles attempting to enter the access roads that lead to the back part of the building, Montenegro denounced.

According to Montenegro, the siege occurred because the lawyers were receiving five people who had been involved in the occupation of the National Autonomous University of Nicaragua (UNAN) in Managua between May and July of 2018.  These five were in the building to file a complaint regarding another five people who were detained the previous week.  One of these recent detainees, from the town of Sebaco, Matagalpa, is missing.