One of the lawyers defending the ten detained Ambazonia separatist leaders has been reportedly kidnapped, sources have said.

Barrister Sang George Nang was kidnapped in the early hours of Wednesday July 17 in Bamenda by unidentified men and taken away.

His whereabouts remain unknown and no group has so far claimed responsibility for the act as family members continue to expect positive news.

Barrister Sang George who is also the Secretary General of the North West Lawyers Association is expected to be in court next week in Yaounde where his clients return at the Military tribunal for their case.

Members of Barrister Sang George Ndang’s family call for his immediate release. It is alleged that the Secretary General of the North-West Lawyers Association was kidnapped this morning in Bamenda by ‘restoration forces’. He is one of the lawyers defending Sisiku Ayuk Tabe Julius pic.twitter.com/dTxH4N5AEq

One of the lawyers defending Ambazonia leaders in Yaounde has been kidnapped.

He was abducted Wednesday morning at his Bamenda residence by unidentified armed men. pic.twitter.com/O840fi4TES

Breaking. The North West Lawyers Association (NOWELA) has holds a crisis meeting. This is due to the Kidnapping of one of theirs by the ambazbies. Nobody wants these zombie. Leave our nation #Cameroon! #OnePeopleOneNation#OneCameroon#BacktoSchool #STOPambazoniaNOW

Turkish citizens are resorting in vain to the European Court of Human Rights (ECtHR) in ever greater numbers, as trust in their domestic courts erodes, the Law Society of England and Wales said today in a joint submission to the UN Human Rights Council’s universal periodic review of Turkey on behalf of an international coalition of legal organisations.

’Judges’ and prosecutors’ independence has been systematically undermined in Turkey since the failed coup in 2016,’ Law Society president Simon Davis said. ’Hundreds of judges, prosecutors and lawyers have been arrested, detained and convicted on charges of terrorism without credible evidence.

’Lawyers have been identified with and punished for their clients’ causes. More than 1,500 lawyers have been prosecuted, hundreds of them in mass trials,’ he said. Lawyers who can still practise report intimidation and threats.’

Davis said that this menacing environment undermines the right of every citizen to legal representation and a fair trial, which may explain why Turkish citizens submitted more than 57,000 petitions to the European Court of Human Rights in 2017.

According to the submission, Turkey’s chilling roll call of injustice includes:

’Turkey must protect the independence of lawyers, judges and prosecutors – in legislation and in practice – so that they can perform their professional duties without intimidation and improper interference,’ Davis said. ’The rule of law and the independence of the legal profession are essential foundations for political, social and economic stability.’

He said that the Law Society and the international legal profession will continue to support colleagues working in difficult conditions and do whatever it can to help restore meaningful access to justice in Turkey.

The Arrested Lawyers Initiative made contribution to a joint Stakeholder Submission to the UN Human Rights Council’s … https://t.co/sAYDVjEmoa

From 1964 to 1990, Texaco (later absorbed by Chevron) dumped 16 billion gallons of toxic waste in Ecuador’s Amazon. The CIA played a key role in bringing to power the dictatorship that first allowed Texaco to work in Ecuador. Philip Agee, the great whistleblower of that era, described CIA tactics in Ecuador in his 1975 book Inside the Company: CIA Diary.

Chevron demands Ecuadorian jurisdiction, gets it

In 1993, US lawyer Steven Donziger filed a lawsuit against Texaco in New York on behalf of the Ecuadorian victims of the dumped toxic waste. These were thousands of very poor people who lived in the affected area. The oil giant spent nine years fighting to have the case moved back to Ecuador. In 2002, Chevron prevailed. US courts ruled that the case belonged in Ecuador. But the battle soon took an unexpected turn.

Under the government of Rafael Correa, who was first elected in 2006, Ecuador’s judiciary changed. It was no longer one that would easily defer to wishes of a huge US-based company. Chevron was found guilty in a provincial court. The case held up on appeals all the way to Ecuador’s Supreme Court in 2013. The victims were awarded $9bn in damages. Chevron’s revenues have ranged from $100bn to $200bn per year depending on oil prices.

Chevron loses, demands US jurisdiction, and gets it

Chevron ran back to US courts to attack Donziger. A New York judge, Lewis A Kaplan, brushed aside Chevron’s promise to abide by Ecuadorian jurisdiction. He ruled that the lower court victory in Ecuador was won by Donziger using corrupt means. What about the appeals in Ecuador’s higher courts? Kaplan simply declared that Ecuador’s judiciary could not handle a case like this fairly. Did Kaplan say the company had not contaminated the Amazon? No. He simply said it was irrelevant to Chevron’s allegations against Donziger. Why didn’t a jury rule on this case? Chevron manoeuvred around facing a jury by not seeking monetary damages from Donziger.

US Judge Kaplan (below) and @Chevron drawing outrage from anti-corruption activists and leaders for continued attacks on Donziger in $12b Ecuador pollution case. https://t.co/2tEy1ZlFDx @AmazonWatch @ABFalecbaldwin @rogerwaters @KarenHinton pic.twitter.com/LISBNXIsFR 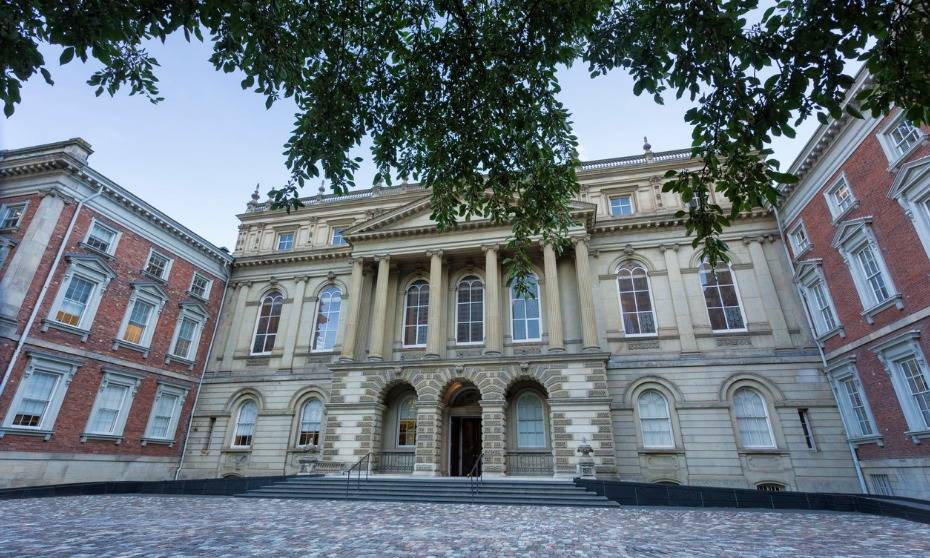 The Law Society of Ontario has expressed “grave concerns” regarding human rights violations against members of the legal profession across the globe.

“Lawyers should be able to exercise their legitimate duties without fear for their lives, for their liberty or for their security. The Law Society of Ontario urges all governments to comply with international human rights laws, including the United Nations’ Basic Principles on the Role of Lawyers,” the society said in a statement.

Pakistan/New Zealand: Pakistan the focus of 2020 Day of Endangered Lawyer

The tenth annual Day of the Endangered Lawyer will focus on Pakistan, on 24 January 2020.

The Day of the Endangered Lawyer foundation is based in the Netherlands. It has developed a wide range of activities around the world on 24 January to raise awareness of lawyers who are being harassed, silenced, pressured, threatened, persecuted, tortured and murdered for their work as lawyers.

The day is commemorated on 24 January because on 24 January 1977 four lawyers and a coworker were murdered at their place of work in Madrid, Spain.

Of the perpetrators, who were affiliated with extreme right-wing parties and organizations, one was sentenced to 15 years in prison, another fled to Brazil and the third ended up in jail in Bolivia for drug smuggling.

Information released by the organisers says that over the past several years lawyers in Pakistan have been subjected to acts of mass terrorism, murder, attempted murder, assaults, (death) threats, contempt proceedings, harassment and intimidation in the execution of their professional duties.