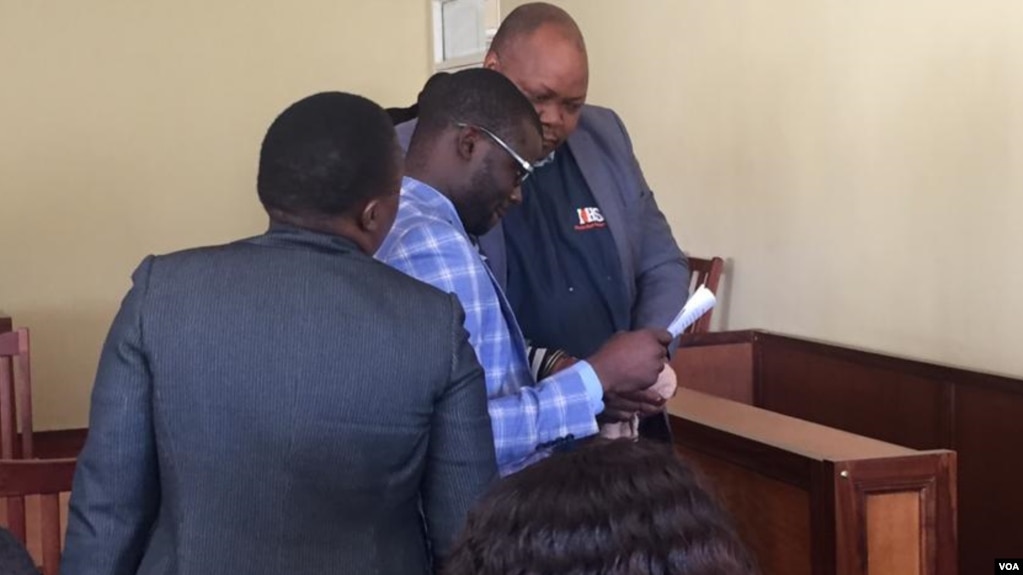 Vice chairperson of the Movement for Democratic Change (MDC), Job Sikhala, has appeared before a Masvingo district magistrate facing charges of subversion.

Sikhala, who was arrested Tuesday following allegations of contravening Section 22 (2) (a) of the Criminal law (Codification and Reform) Act (Chapter 9:23), was remanded in custody to July 24th.

Lead counsel Aleck Mucadahama and his team, which includes Harrison Nkomo, Douglas Mwonzora, Jeremiah Bamu and Tinomuda Shoko of the Zimbabwe Lawyers for Human Rights, filed a bail application at the High Court in Masvingo seeking bail for the MDC lawmaker.

A message posted on the Facebook page of the Zimbabwe Lawyers for Human Rights read in part, “At Masvingo High Court, ZLHR lawyers Jeremiah Bamu and Tinomuda Shoko have filed an application seeking the release of Zengeza West MP Hon. Job Sikhala on bail after he was remanded in custody at Bikita Magistrates Court by Magistrate Marewanazvo Gofa.”.

Sikhala told the court that he was blindfolded, handcuffed and bungled into a motor vehicle on Thursday and driven from Harare to Bikita.

He claimed that he was denied food and high blood pressure medicine for two days before he appeared in court Thursday.

Magistrate Marewanazvo Gofa remanded SIkhala in custody and advised him to apply for bail at the High Court.

The state claims that Sikhala told people in Bikita recently that his party will overthrow President Emmerson Mnangagwa before the 2023 general elections.

Zimbabweans in the UK demonstrated at Chatham House during Zimbabwe’s Foreign Affairs minister’s visit calling for among other things the release of Job Sikhala. Job Sikhala is a prominent opposition politician, lawyer and human rights activist and is facing treason charges.

Opposition MDC members in the UK are standing with @mdczimbabwe deputy chair Job Sikhala who has been charged with subversion & has since been remanded in custody to 24 July 2019. @BitiTendai @InfoMinZW @nelsonchamisa @MinisterSBMoyo pic.twitter.com/bN6DBjLXX9