Pakistan/Day of the Endangered Lawyer: The Pakistani lawyer putting his life on the line

Despite mass protests against his work and credible threats to his life, Saif ul-Malook keeps going. He speaks to Subi Shah about why. 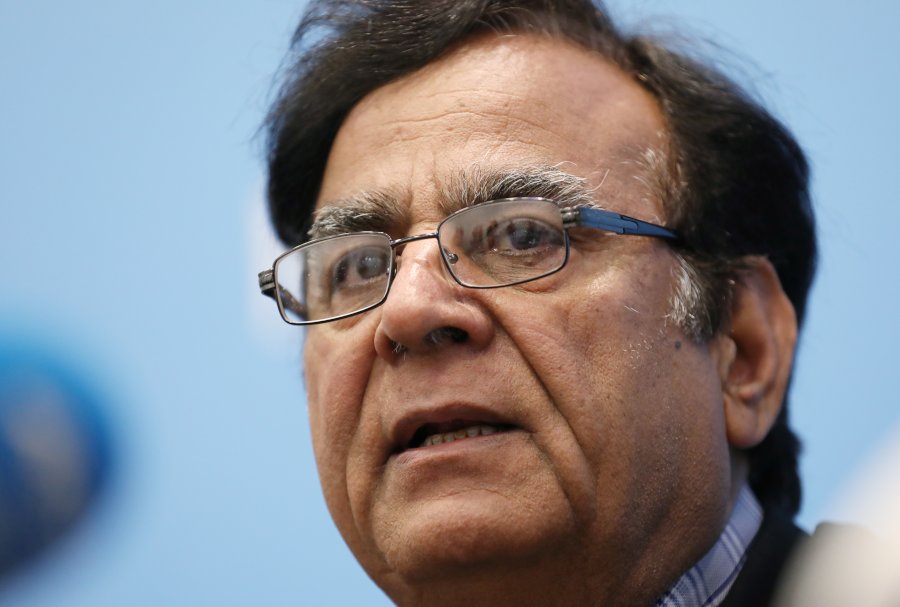 ‘In Pakistan, blasphemy is a crime punishable by death. To defend anyone accused of it – especially if they are part of the very poor Christian minority – is to risk a death sentence of one’s own, by mob rule,’ says Saif ul-Malook, the human rights lawyer who represented Asia Bibi – a Christian labourer who stood accused of blasphemy – in the country’s supreme court.

In June 2009, Asia, a mother of five, headed towards the fields surrounding her village of Ittanwala, around 40 miles south-east of Lahore. There, along with several other village women, she would work all day under the blistering sun, gathering fruit to sell at the market.

It was thirsty work. After several hours, they stopped for a break and Asia was told by her Muslim co-workers to go and fetch water. Returning from the well, Asia took a sip from the water pot she was carrying before handing it to the other women.

A fight broke out, with the Muslim women refusing to drink from the same pot as Asia, who, as a Christian, was considered to be impure and inferior.

Later that week, an angry mob – including members of the police force and the local Imam – broke into Asia’s house, dragged her into the street and violently assaulted her.

She was arrested and charged with blasphemy for defaming the Prophet Muhammad. With no legal representation, Asia would spend the next nine years on death row, in solitary confinement.

Asia’s case came to the world’s attention in 2010, when a prominent politician, Salman Taseer, appealed to the government for her release and vowed to reform the blasphemy law. A few weeks later, he was murdered by his own security guard, who shot him 27 times at point blank range in the middle of a busy market square.

Soon after, in 2011, Pakistan’s Minorities Minister Shabaz Bhatti, a fellow Christian, spoke out in defense of Asia. He was assassinated en route to work, hit by a hail if bullets as he sat in his car.

When Lahore-based lawyer Saif-ul-Malook, heard of Bibi’s plight, he took on her case. The furore this caused caught the attention of global media and, suddenly, he was thrust into the limelight.

Asia’s acquittal in 2018 caused rioting and mass protests across the country, and both she and Malook were subject to countless credible death threats.

For three days and nights, protesters rioted in an attempt to get the Supreme Court and government to reconsider.

One of our quotes of the week comes from Saif ul Malook, the lawyer who represented Asia Bibi and our Secularist of the Year for 2019 pic.twitter.com/61KS9dF8nT