The ACT Supreme Court has adjourned the case of a former military lawyer who allegedly leaked documents about the Afghanistan war to journalists. 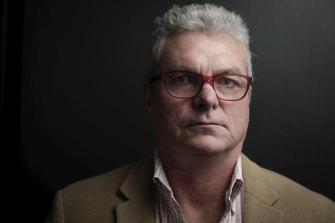 The government has delayed a case against a former Australian military lawyer, charged over the leaking of sensitive documents to ABC journalists, while it works out how to deal with the secret information in court.

David William McBride, 55, was committed to stand trial in May on a charge of theft of commonwealth property, three counts of breaching the Defence Act, and the unauthorised disclosure of information.

The leaks were to journalists Dan Oakes, Andrew Clark and Chris Masters, who produced the 2017 investigative report The Afghan Files.

The story examined incidents between 2009 and 2013 when special forces allegedly shot dead insurgents and unarmed civilians, including children.

At a directions hearing in the ACT Supreme Court on Thursday, lawyers for the Commonwealth and Crown asked for an adjournment so they could work out how the sensitive information involved would be dealt with in court.

The case was adjourned for a fortnight, until June 27.