EXCLUSIVE: IRAN’S controversial record on human rights is universally acknowledged – but with Tehran’s latest appointment of the so-called Ayatollah Death taking control over the country’s prison system, campaigners have demanded more is done to stop the harrowing atrocities carried out on prisoners. 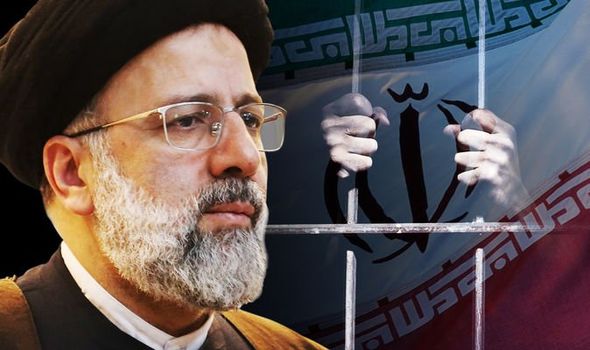 Food deprivation, violent lashings and solitary confinement. These are the harrowing experiences of prisoners serving time in Iran’s jails. And those are the lucky ones; in 1988, at least 5,000 people were killed in a series of state sponsored murders, in what critics of the regime claim is Iran’s bloodiest execution on record. Now charities and opposition parties fear further atrocities could be committed, following the appointment of ‘Ayatollah Death’ who is accused of having a leading role in the murders.

Hardline cleric Ebrahim Raisi is now in charge of Iranian jails – including where British woman Nazanin Zaghari Ratcliffe is currently being held.

The appointment of the ultra conservative leader puts thousands of prisoners in mortal danger, according to UK-based NGO International Observatory of Human Rights, who represent oppressed women in the region.

Raisi is accused of being one of the leading figures behind the 1988 mass execution of at least 5,000 Iranian prisoners – but the real figure of the deaths is likely to be far, far higher.

And human rights activists have lashed out at the controversial appointment, blasting the news as a backward-step for Iran.

Nasrin Sotoudeh was sentenced last month to 38 years in jail and 148 lashes for representing women’s rights and defending a number of female protesters jailed in the strict Muslim country for standing against the compulsory hijab (veiling) law.

Her sentence was passed on March 11 this year while she was in prison, without a trial having taken place – and just one day later, the United Nations announced Iran will get a seat on the UN women’s rights committee – a decision that sparked a raft of damning complaints over the country’s violations of women’s rights.

IRGC in charge of suppression of Iranian women

Nazanin accepted @PENCanada ‘s One Humanity award on behalf of imprisoned Iranian lawyer Nasrin Sotoudeh. Her efforts to defend women & children on death row inside Iran led to the regime sentencing her for 38 yrs in jail & 143 lashes. pic.twitter.com/nXMVOQiQog