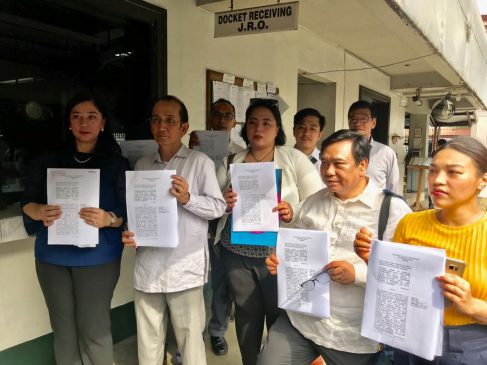 “The Honorable Court cannot sit idly by and allow state forces and their agents dictate how law ought to be practiced and eliminate lawyers who chose to represent the marginalized from the face of this land,” the petition read.

Amid recent violence, harassment, threats and red baiting against its members, the National Union of People’s Lawyers (NUPL) filed a petition for writs of amparo and habeas data with the Supreme Court this afternoon.

The NUPL seeks the protection of its members “whose rights to life, liberty and security have been violated and continue to be violated through persistent threats and harassment, and red tagging clearly intended to vilify and intimidate them and prevent them from pursuing their profession as members of the bar and from practicing their advocacy as peoples’ lawyers serving the poor and the marginalized.”

The group said that some of their members have been in the line of duty.

The NUPL has also asked the high court to compel the respondents, under the Writ of Habeas Data, to produce and, if necessary, to update and rectify, or to suppress and destroy, data, information, and files in their possession, under their control, or contained in their data base which relate to or concern them.

Members and officers of the NUPL troop to the Supreme Court to ask for protection from relentless military red-tagging led by Brig. Gen. Antonio Parlade Jr.

The Specialized Criminal Court (SCC), Saudi Arabia’s terrorism tribunal, convicted Abu al-Khair in July 2014 primarily for his comments to media outlets and tweets criticizing Saudi Arabia’s human rights record, especially the country’s harsh sentences against peaceful critics. In addition to his 15-year sentence, the court also issued a 15-year travel ban and imposed a fine of 200,000 Saudi Riyals (US$53,000).
“Stifling peaceful dissent with outrageous sentences has shown the Saudi government’s lack of commitment to serious political and civil reform,” said Michael Page, deputy Middle East director at Human Rights Watch. “A serious reform campaign, no matter how Saudi-funded public relations propagandists spin it, doesn’t entail locking up human rights defenders for 15 years for courageously speaking up.”
Abu al-Khair’s trial before the Specialized Criminal Court opened in October 2013. Following his fifth trial session on April 15, 2014, the interior minister issued a detention order, and Abu al-Khair has remained in detention since then. He is in al-Dhahban prison, north of Jeddah.
In its July 2014 decision, the court found Abu al-Khair guilty on six charges: “seeking to remove legitimate authority;” “harming public order in the state and its officials;” “inflaming public opinion and disparaging and insulting judicial authority;” “publicly slandering the judiciary, distorting the kingdom’s reputation, making international organizations hostile to the kingdom, and issuing unverified statements that harm the kingdom’s reputation and incite against it and alienate it;” “founding an unlicensed organization;” and violating Saudi Arabia’s anti-cybercrime law.
Abu al-Khair is a lawyer who has represented several others facing human rights violations as a legal advocate, and also founded Monitor of Human Rights in Saudi Arabia, a human rights organization that published information about human rights issues in the kingdom.
…

It's now been 5 years since Waleed Abu al-Khair, Saudi human rights lawyer, was detained for “inciting public opinion.” @HRF published a law review analyzing his case: https://t.co/6jnI0rN4zF. We also wrote about it in the @washingtonpost: https://t.co/dfI0oCbnQX #ReleaseWaleed 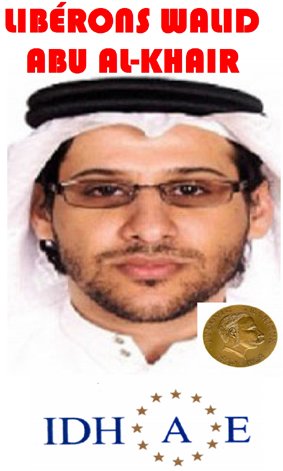 A 10-year prison sentence is imposed on Mohammad Najafi, the Attorney-at law , who has the right to defense in accordance with international law. He has been condemned solely for defense and remarks. Iran is a dangerous country for lawyers in the judiciary.

As tens of thousands of Iranians are facing death & homelessness due to flash floods, @HassanRouhani government made sure to arrest this respected human rights lawyer Mohammad Najafi to serve 10 years in prison on trumped up charges. He was freed 4days ago after 6 months in jail pic.twitter.com/cCkAIRWr8H

On 09 April 2019, the Gulf Centre for Human Rights (GCHR) received a list of at least 13 names of human rights defenders, including women’s rights activists, who are confirmed to have been arrested in Saudi Arabia this month. The Saudi authorities carried out a new wave of arrests of writers and social media bloggers who were previously engaged in public discourse on reforms.

Since 04 April, many Saudi activists and bloggers, including academics, have been tweeting intensively about this new crackdown. The international community is still struggling to reason with, put pressure on and hold Saudi Arabia accountable for its human rights violations. This includes the arbitrary arrest and torture of women human rights defenders, including prominent women’s rights activist Loujain Al-Hathloul, who has yet to be released on bail as expected yet. The Saudi authorities continue to ignore, deny and act with utmost impunity and intransigence.

GCHR’s source (who must be kept anonymous for their safety) stated that “these arrests were orchestrated since February and linked to their support for the women activists’ families.” GCHR believes that Saudi Arabia is exerting every effort to shut down civic space, silence the human rights community and exterminate the feminist movement in the kingdom.

Shaikhah Al-Urf, the wife of the detained lawyer Abdullah Al-Shehri, has also been suspected as detained because of lost communication with her, but her arrest couldn’t be confirmed

Anas Al-Mazrou, a lecturer at King Saud university, has also been detained after posting a question in a public panel at Riyadh Book Fair last month on the whereabouts of the jailed human rights and women activists.

The newly-detained activists and human rights defenders are being held incommunicado, while their families remain without any contact with them and unaware of their whereabouts and/or the charges against them, to date.