We write on behalf of Lawyers’ Rights Watch Canada (LRWC), a committee of lawyers and human rights defenders who promote international human rights, the independence and security of human rights defenders, the integrity of legal systems and the rule of law through advocacy, education and legal research. LRWC has Special Consultative Status with the Economic and Social Council of the United Nations.

LRWC has written in the past with respect to various Turkish lawyers and human rights defenders who have been detained, arrested, charged, and/or imprisoned in violation of Turkey’s international human rights law obligations and of the Constitution of the Republic of Turkey. Communications to the Government of Turkey have been made by LRWC regarding the cases of: Selçuk Kozağaçlı, Şebnem Korur Fincancı, Ramazan Demir, Erin Keskin, Mustafa Aydin, Can Tombul, Taner Kilic and other members of the Turkish legal profession. LRWC has also made oral and written statements to the UN Human Rights Council and submissions to the UN Human Rights Committee and Special Procedures regarding widespread persecution of lawyers, journalists and other human rights defenders through wrongful prosecutions and convictions, arbitrary detention and other grave rights violations.

LRWC is once again gravely concerned regarding the continuing and unjust persecution of lawyer Eren Keskin. Ms. Keskin has been convicted on criminal charges that are illegitimate and unfounded and faces numerous other charges that are equally baseless but could result in lengthy consecutive prison sentences that could keep Ms. Keskin incarcerated for life.

Ms. Keskin, 59 years of age, is a lawyer and vice-president of the Human Rights Association in Turkey (İHD) and the co-founder of the Legal Aid For Women Who Were Raped Or Otherwise Sexually Abused by National Security Forces. She has been a strong advocate for fundamental rights and freedoms in Turkey, especially for the Kurds, women and the LGBTQ community. As a human rights advocate for almost thirty years, Ms Keskin has contributed to the protection of minority rights, countered violence against women, campaigned to end torture and challenged militarism.

This morning in front of the Brandenburg Gate in #Berlin, @amnesty_de is protesting against the judicial harassment of human rights defender #ErenKeskin in #Turkey. We are calling on the Turkish authorities to stop the crackdown on civil society.#FreeRightsDefenders pic.twitter.com/loCngjSFYp

This latest tracker includes information on all letters sent on lawyers and human rights defenders at risk by the Law Society during the year 2018 (confidential letters are not included). Most letters were sent to countries in the Middle East and North Africa, as well as Latin America. The human rights violations most often committed against lawyers and human rights defenders in 2018 was arrest and detention (53.3%), followed by assassinations (20%) and harassment or threats (20%).

The Intervention Tracker 2018 also includes a comparison of data between the years 2016, 2017, and 2018. This data shows that arrest and detention continue to be the most frequent violations committed and that the number of assassinations of lawyers and human rights defenders increased in 2018. Killings were most frequent in Latin America, followed by South Asia. The Law Society’s Intervention Tracker does not necessarily reflect the situation of lawyers at risk worldwide Nine democracy activists on Tuesday were convicted by a Hong Kong court on public nuisance charges for their roles in the protest movement that led to the monthslong occupation of major intersections in the city five years ago.

The activists face prison terms of up to seven years.

The protests, which became known as the Umbrella Movement, galvanized the city and sought to force Hong Kong’s top official to step down and the government to accept more democratic means to elect future leaders.

While the protests had no formal leaders, three of the people on trial — Chu Yiu-ming, a retired pastor, and two professors, Benny Tai and Chan Kin-man — were founders of Occupy Central With Love and Peace, one of the main groups advocating civil disobedience to demand changes to Hong Kong’s electoral system.

Hong Kong/China: Verdict Is Expected in Case Against Leaders of 2014 Hong Kong Protests

A Hong Kong court is expected to issue a verdict Tuesday in the case of nine activists facing public nuisance chargesover pro-democracy protests in 2014 that occupied major Hong Kong roadways for months.

The charges carry a maximum penalty of seven years in prison.

The protests, which became known as the Umbrella Movement, sought to force Hong Kong’s top official to step down and the government to accept more democratic means to elect future leaders.

While the protests had no formal leaders, three of the people on trial — Chu Yiu-ming, a retired pastor, and two professors, Benny Tai and Chan Kin-man — were founders of Occupy Central With Love and Peace, one of the main groups advocating civil disobedience to demand changes to Hong Kong’s electoral system. 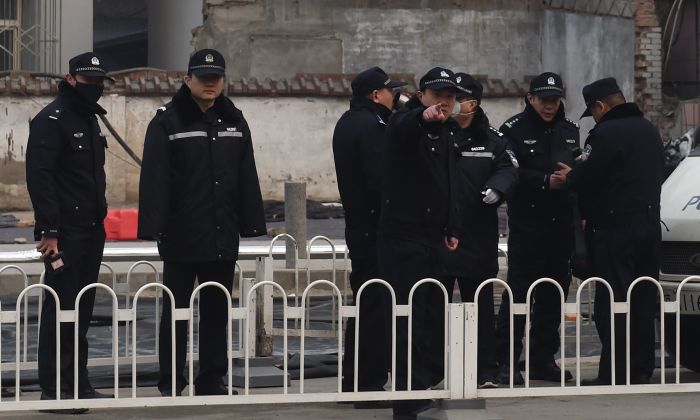 The Ministry of Justice notified all of its provincial branches on how to evaluate a lawyer’s professionalism, which would be the standard used to determine whether to grant a lawyer his or her practicing license.

According to the notice released on March 27, the first criterion is that a lawyer “must support the leadership of the CCP, defend the rule of law under socialism, abide by the Constitution and laws, and adhere to the professional ethics and discipline of lawyers.”

Secondly, all lawyers “must not have been subject to disciplinary action, administrative punishment, industry penalty, nor credit penalty during the past five years of practice.”

This represents an escalation of the Party’s efforts to solidify its control of lawyers, having previously required them to support the Chinese constitution.

The latest rules may also put many human rights lawyers’ practice licenses at risk, because they are frequently detained because of their work. In a crackdown on both the opposition and the right to assemble, Cameroonian authorities have banned a week of demonstrations planned by the opposition Cameroon Renaissance Movement (MRC) party.

On April 5, the Ministry of the Territorial Administration issued a press release banning the demonstrations between April 6 and 13, accusing the MRC of destabilising the country. The minister, Atanga Nji, also accused the MRC of an act of provocation, having chosen to organise demonstrations on April 6, a date which marks the anniversary of a 1984 coup attempt to oust President Biya.

This move is part of a growing trend in Cameroon. Since late 2016, the government has repeatedly blocked peaceful anti-government protests with force, arbitrary arrest, and detention of protesters. In January 2017, the Minister of Territorial Administration banned the activities of the Cameroon Anglophone Civil Society Consortium (CACSC), a leading civil society organization working in the volatile anglophone regions.

The ban on MRC demonstrations comes as the party’s leader, Maurice Kamto, prepares to go to court tomorrow alongside six other MRC members and supporters to hear the verdict on a habeas corpus request. Kamto and the six others were among 200 people arrested on January 26 following pro-MRC demonstrations across Cameroon.

The Yaoundé Appeal Court is expected to confirm the decision of a lower court to keep Kamto in prison awaiting trial. On April 2, his defense lawyers walked out of the court room in protest of the decision to hold the proceedings behind closed doors. The literary giant is making the plea in advance of PEN Canada’s annual gala this week, when she will award Sotoudeh with the One Humanity award for defending women’s and children’s rights.

The prize acknowledges writers whose work “transcends the boundaries of national divides and inspires connections across cultures.”

PEN Canada also awarded the prize to Sotoudeh in 2011. She is the only person to receive the award more than once. Iranian-Canadian human rights activist Nazanin Afshin-Jam MacKay will accept the honour on her behalf at a gala Thursday in Toronto.

Sotoudeh was arrested in June 2018 for spreading propaganda and “encouraging corruption and prostitution.” She had represented women prosecuted for removing their mandatory headscarf. Last month, she was sentenced to 38 years in prison and 148 lashes for national security offences.

Afshin-Jam MacKay describes Sotoudeh as “an Iranian Mandela” and Atwood is urging international support for the renowned activist.

“Nasrin Sotoudeh has tirelessly defended women and children from exactly the sort of arbitrary judicial rulings that have now been used to silence her,” Atwood said Monday in a release.