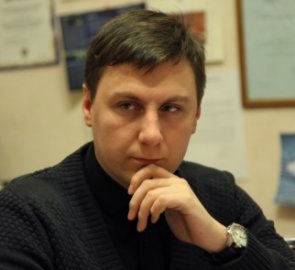 On 2 April 2019, the apartment of Aleksandr Peredruk’s parents located in Murmansk, Russia was searched by an investigator from the Special Case Investigation Department and a Federal Security Service official. The search was made as part of the investigation into a suicide attack in Arkhangelsk in 2018, and the human rights defenders believe it may be an attempt to link him to the event.

Aleksandr Peredruk is a human rights lawyer from Saint Petersburg. He works for the Moscow Helsinki Group, one of Russia’s leading organisations monitoring human rights abuses in the country. He is also a member of the organisation Soldiers’ Mothers of Saint Petersburg which provides free legal and social assistance to conscripts, soldiers and those undertaking alternative civil service, as well as their family members. Further, the human rights defender is involved in Apologia of Protest, a project defending the right to peaceful protest in Russia.

On 2 April 2019, at 6 in the morning, an investigator from the Special Case Investigation Department and a Federal Security Service official searched the apartment of Aleksandr Peredruk’s parents in Murmansk. The human rights defender was registered under their address until March 2018 but has not lived there for the last five years. During the search, a computer and a flash drive were seized. According to the official warrant, the inspection was related to the investigation into a suicide bomb attack that had taken place on 31 October 2018 in the city of Arkhangelsk. Aleksandr Peredruk denied having any connection to the case and he believes that the search may have been an attempt to link him to the event.