USA: Lawyer claims Harford Sheriff’s deputy detained him because he was black 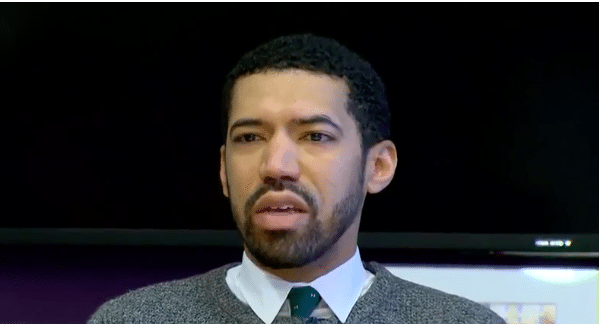 A lawyer is filing a complaint against the Harford County Sheriff’s Office, claiming a deputy detained him because he was black.

Attorney Rashad James says after a recent hearing, a deputy incorrectly called him by his client’s name and then detained him.

In a press conference in Baltimore Tuesday, James said the officer asked for his ID, then asked him to follow him to an interview room.

“He asked for my bar card and business card, which, I didn’t have either,” said James. He claims the deputy asked for his license and “he, I guess in a sense, was attempting to call my bluff.”

Andrew Freeman, who was representing James and is white, said: “I assure you, if it had been me, I would have just walked out [without being detained].”

The Harford County Sheriff’s Office responded that it “is aware of these accusations… We take all complaints seriously… There will be a thorough and complete investigation.”

The Erdoğan government secretly investigated the family members of lawyers who are perceived to be critical of the regime including their spouses and children, Nordic Monitor has revealed on Tuesday.

The targeting of family members of critical lawyers and human rights defenders is part of a deliberate and systematic campaign of intimidation conducted by the government of President Recep Tayyip Erdoğan. The escalation of the government witch-hunt targeting lawyers’ spouses and their children shows the extent and intensity of the ongoing crackdown on the legal profession and by extension the right to legal counsel and access to lawyers for tens of thousands of victims in Turkey.

According to the documents reviewed by Nordic Monitor, the Turkish government investigated the spouses and children of 28 lawyers including prominent attorneys who have been jailed or forced to live in exile since the crackdown started in 2015 and intensified a year later. The documents show spouses and children including underage youngsters were investigated by the Financial Crimes Investigation Board (MASAK), an executive organ attached to the Finance and Treasury Ministry, which is led by Berat Albayrak, Erdoğan’s son-in-law.

📝✊#Endangeredlawyers: the CCBE supports persecuted lawyers around the world and strongly condemns the latest attacks on lawyers in Turkey: https://t.co/hSlWOCpf04#RuleOfLaw pic.twitter.com/pBNNc1F9pd

India: Advocate Mathews Nedumpara banned from practicing in the Supreme Court for a year

A two-judge bench of the Supreme Court, comprising Justices Rohinton Nariman and Vineet Saran today barred advocate Mathews Nedumpara from practicing in the Supreme Court for a year for committing contempt of court. The court has also sentenced him to three months imprisonment.

The sentence will, however, remain suspended as long as Nedumpara abides by the undertaking he gave to the court that he would not “browbeat” the judges of the Bombay High Court and the Supreme Court.

The court has also initiated fresh contempt of court proceedings against Nedumapara and three other lawyers from Bombay for sending a letter to the Chief Justice of India containing contemptuous allegations against the bench led by Justice Nariman. This case will be heard by another bench after obtaining orders from the CJI.

The court had held Nedumpara guilty of contempt on March 12, 2019. During the course of hearing, Nedumapara also tendered an unconditional apology to the Court.

Background of the Case

On March 12, 2019, the Supreme Court had found Nedumpara guilty of contempt of the court and observed-