.@Secr_General and the Ordre National des Avocats de Tunisie, have adopted a resolution expressing their strong solidarity with #NasrinSotoudeh lawyer, condamed in Iran. The Bars are firmly committed for the safeguard of the #RightOfDefense. #FBEORG #Assisses pic.twitter.com/Zu6m4adPO4

France, Italy, Sweden, Netherlands – lawyers, activists – all asking for the release of #NasrinSotoudeh. The Iranian lawyer has been sentenced to 38 years in prison and 148 lashes.

How about you Omar. Would you defend this woman?

Protest at Iranian Embassy this lunchtime in Dublin, Ireland against 148 lashes and 33 years jail for #NasrinSotoudeh who has defended women against forced #hijab in #Iran #mycameraismyweapon #mystealthyfreedom #WhiteWednesdays pic.twitter.com/oeh7TepDU3

Protest at the Iranian Embassy, 72 Mount Merrion Avenue, Blackrock, Dublin, Ireland from 1 – 2.30 p.m. today over #NasrinSotoudeh getting 33 years and 148 lashes for her defence of human rights including women forced to wear #hijab. #mycameraismyweapon #mystealthyfreedom pic.twitter.com/YketF09TRV

Waleed Abu al-Khair, unlawfully imprisoned for his work as a human  rights lawyer since 15 April 2014, has been nominated for the 2019
American Bar Association Human Rights Award jointly by LRWC, Lawyers for  Lawyers, Union Internationale des Avocats and the Law Society of England  and Wales.

Waleed Abu al-Khair is one of the best-known advocates for democratic and human rights reform in Saudi Arabia.  He has used the written and spoken word coupled with his legal knowledge to fearlessly advocate for reforms to improve the lives of all in Saudi Arabia by calling on the Government of Saudi Arabia to allow its citizens to enjoy internationally protected rights to freedom of expression, association, assembly and the right to participate directly and indirectly in public affairs.  He has done this work through writing and public speaking, by representing causes and clients unpopular with the Government of Saudi Arabia, by providing a safe space for peaceful discussion of issues of public concern and by providing people with an example of responsible advocacy for justice for all.  At the risk of his own personal and professional safety and security, Waleed Abu al-Khair persisted in using his training and skills as a lawyer to be an outspoken advocate for an elected parliament, an independent judiciary, a constitutional monarchy and recognition of internationally protected human rights. He has also advocated on behalf of prisoners of conscience and written many articles identifying human rights abuses and the need for legal reform. He recommended reliance on the rule of law and proper legal procedures to effect reform and settle disputes and differences of opinion and never advocated or used violence as a means of opposition.

Her long career as a lawyer-activist has seen her up against both governments and corporations.

Lawyer and activist Sudha Bharadwaj is among the women honoured at this year’s Harvard Law International Women’s Day Portrait Exhibit. The 21 honourees also included lawyer Menaka Guruswamy, who had argued for the decriminalisation of homosexuality in India.

This is the sixth iteration of the annual exhibit, which recognises “astounding contributions of women around the world to the areas of law of policy”, based on nomination by students, faculty or staff of Harvard Law School.

Also read: ‘If You Try to Be Safe and in the Middle, You Will Never Succeed’

In August last year, Bharadwaj was arrested by the Pune police, which was investigating a public meeting – called the ‘Elgar Parishad’ – held prior to the caste-based violence that broke out in Bhima Koregoan, near Pune, on December 31, 2017.

Bharadwaj has spent nearly three decades working with underprivileged communities in Chhattisgarh. She was part of the Chhattisgarh Mukti Morcha, a labour organisation founded by the late Shankar Guha Niyogi.

She has been a trade unionist, human rights activist and lawyer, engaging with marginalised workers and adivasis dispossessed of their land. Her long career as a lawyer-activist has seen her up against both governments and powerful corporations.

Turkey: Ankara Court sentences 21 lawyers to some 150 years in prison

Ankara 22nd Heavy Penal Court sentences 21 lawyers to some 150 years in prison. Lawyers who were detained on 3rd and 26th of August 2016, were convicted under Article 314§2 of the Turkish Penal Code which criminalizes membership to an armed terrorist organization. Two of the 21 lawyers are remanded by the Court while the other 19 lawyers were released.

Family members, including underage children, were also the subjects of a secret investigation. of these lawyers are, too, targeted by the Turkish Government as reported.

According to documents reviewed by Nordic Monitor, the Turkish government investigated the spouses and children of 28 lawyers including prominent attorneys who have been jailed or forced to live in exile since the crackdown started in 2015 and intensified a year later. The documents show spouses and children including underage youngsters were investigated by the Financial Crimes Investigation Board (MASAK), an executive organ attached to the Finance and Treasury Ministry, which is led by Berat Albayrak, Erdoğan’s son-in-law.

The investigation documents were found in docket No. 2017/134 of the Ankara 22nd High Criminal Court, which is hearing the trials of dozens of jailed lawyers. The Masak report, dated July 13, 2018, reveals how intrusive the Turkish government was in its campaign of intimidation of lawyers who were harassed and threatened with the prosecution of family members on fabricated charges. The report lists 83 people as being targeted, indicating that some of the lawyers have more than one child and that all of them were listed as suspected criminals in an unprecedented prosecution of lawyers and rights defenders.

Ankara Court sentences 21 lawyers to some 150 years in prison 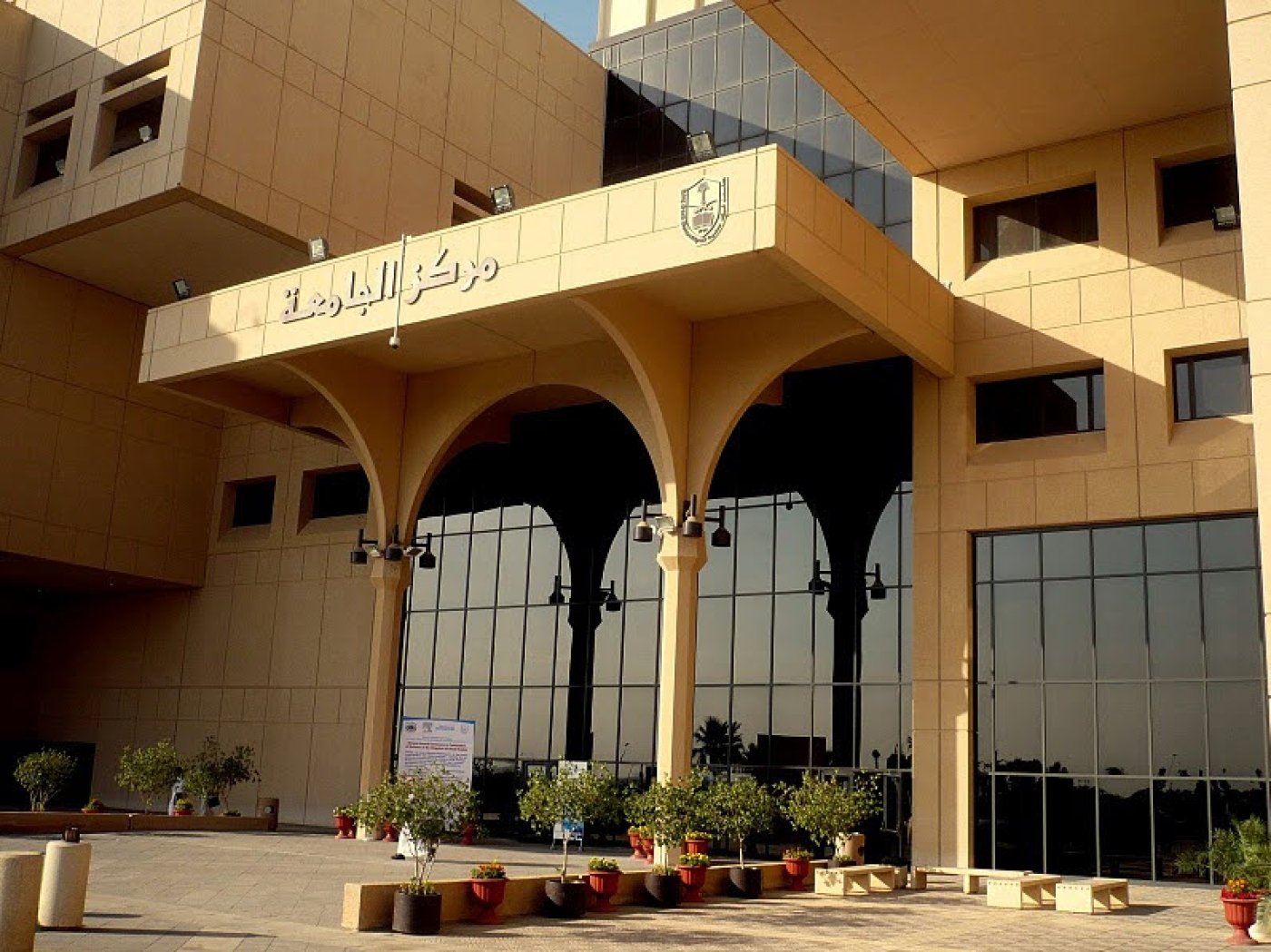 The Sudanese Human Rights Initiative (SHRI) is deeply concerned about the wellbeing of human rights lawyer, Mohamed Yosiaf Mohamed, following his re-arrest on 26th March, 2019. Mohamed had only been released from detention 5 days previously (on 21st March) having been held since 30th December 2018. He was re-arrested at his office in the Ammart, Khartoum, on his first day back at work since his release. security officials arrested Sudanese lawyer,
Mohamed’s exact whereabouts are unknown. He has not been allowed contact with his family or lawyer.
SHRI is particularly concerned that Mohamed may be at risk of torture. During his previous detention, he was personally summoned by the Director General of Sudan’s National Security and Intelligence Services (NISS), Salah Gosh. Gosh accused Mohamed , along with 8 other activists, of having initiated and led the protests that have been ongoing in Sudan since December 2018. In an attempt to crackdown on demonstrations, scores of known activists have been arrested by NISS, regardless of their actual involvement in the protests. The unfounded accusation by NISS’s most senior officer, that Mohamed has taken a leading role in these protests, puts his security in detention at high risk.
Mohamed suffers from poor health, including heart disease, high blood pressure and asthma. His health deteriorated considerably during his previous detention, where he was denied access to medical treatment for almost 3 months.
The release and almost immediate re-arrest of a targeted activist is a known NISS strategy, allowing them to prolong detention and deflect international pressure to release activists. It places considerable mental stress to detainees and their families.
Mohamed Yosiaf Mohamed Abdalrahan is a human rights lawyer, who has worked tirelessly to progress freedom of religion and belief in Sudan. He was previously an activist with the Sudanese Human Rights Initiative (SHRI), where he provided legal aid and worked on human rights monitoring and advocacy. Abdalrahan was a leading member of the Sudanese civil society delegation that attended the UN Human Rights Council in Geneva, in 2018.
(Sudanese Human Rights Initiative SHRI Facebook, 29/03/19)
https://www.hrw.org/news/2019/03/26/tunisia-bar-or-arrest-sudans-al-bashir