China: Minitrue: Do Not Report on Wang Quanzhang Sentence 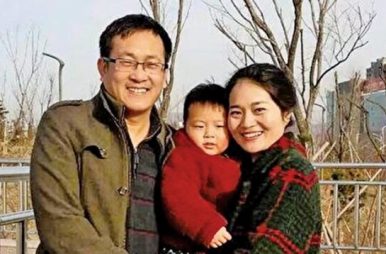 The following censorship instructions, issued to the media by government authorities, have been leaked and distributed online. The name of the issuing body has been omitted to protect the source.

All websites: the Tianjin No. 2 Intermediate People’s Court will deliver its sentence on the Wang Quanzhang case. Without unified prior arrangement, do not gather news or report, do not comment or reprint. (January 25, 2018) [Chinese]

On December 26, rights lawyer Wang Quanzhang stood trial for subversion in Tianjin after being held in detention for nearly three and a half years without access to legal representation or family. The trial was closed to press and diplomats, and even Wang’s wife was barred from attending. Wang, one of over 100 rights lawyers and activists detained in the 2015 “Black Friday” crackdown, was the last to be held without trial.

Since directives are sometimes communicated orally to journalists and editors, who then leak them online, the wording published here may not be exact. Some instructions are issued by local authorities or to specific sectors, and may not apply universally across China. The date given may indicate when the directive was leaked, rather than when it was issued. CDT does its utmost to verify dates and wording, but also takes precautions to protect the source. See CDT’s collection of Directives from the Ministry of Truth since 2011.

Police has swarmed the house of one #709 lawyer. #WangQuanzhang verdict about to be announced?