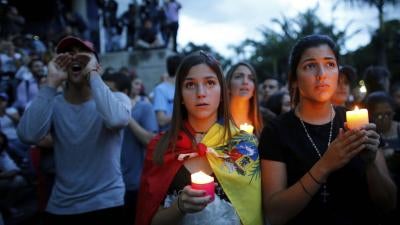 Parliamentary and presidential elections in Turkey in June 2018 saw President Recep Tayyip Erdoğan re-elected president and the ruling Justice and Development Party (AKP) retain control of parliament through a coalition.

The June 2018 election campaign took place under a state of emergency imposed after the July 2016 attempted military coup and in a climate of media censorship and repression of perceived government enemies and critics that persisted throughout the year, with many journalists as well as parliamentarians and the presidential candidate from the pro-Kurdish opposition in jail.

The election brought into force the presidential system of governance agreed in a 2017 referendum. The system lacks sufficient checks and balances against abuse of executive power, greatly diminishes the powers of parliament and consolidates presidential control over most judicial appointments.

In January 2018, Turkey launched a military offensive on the northwest Syrian Kurdish-populated district of Afrin and at time of writing continued to control the territory (see Syria chapter for further information).

State of Emergency and After

The two-year state of emergency formally lapsed in July but was replaced with new counterterrorism legislation, approved by parliament in August. The legislation contains many measures similar to the extraordinary powers the authorities enjoyed under emergency rule. They include widening already broad powers of appointed provincial governors to restrict assemblies and movement; executive authority for three years to dismiss public officials, including judges, by administrative decision; and increased police powers including custody periods extendable for up to 12 days.

After more than 13 months behind bars, in August an Izmir court released Amnesty International Turkey’s honorary chair Taner Kılıç from prison. He remains on trial on bogus terrorism membership charges, together with eight other prominent defenders from Turkey and two foreign nationals working on human rights arrested in July 2017 and later bailed.

Human rights lawyers are among over 1,500 lawyers on trial on terrorism charges at time of writing. Their cases underscore the dramatic erosion of defendants’ rights and due process in Turkey. In September, an Istanbul court released on bail 17 lawyers who had spent up to a year in pretrial detention for membership of an armed leftist group, but reversed its own decision a day later, ordering the rearrest of 12 of them. At time of writing their case was ongoing.