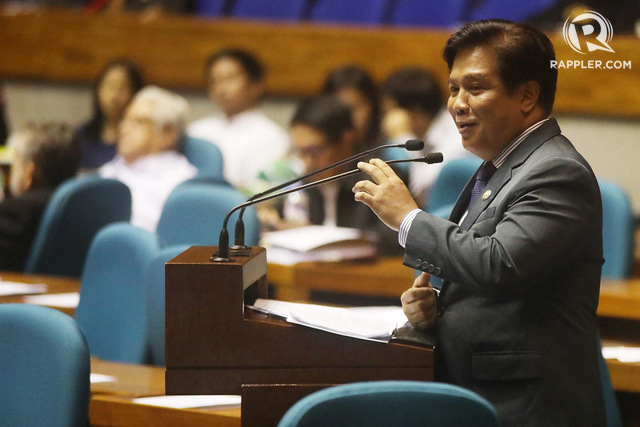 The killing of AKO Bicol Representative Rodel Batocabe – the first involving a sitting congressman under the Duterte administration and occurring 3 days before Christmas – came as a shock to his colleagues and to the small town where he was running for mayor.

He succumbed to 8 gunshot wounds.

On the same day, hours before Batocabe was killed, the former mayor of a Bukidnon town was also murdered.

The 52-year-old Batocabe was attending a gift-giving event for senior citizens and people with disabilities in the remote village of Burgos, Daraga town, Albay on Saturday, December 22, when two men wearing bonnets shot and killed him inside a covered court, police said.

The two victims were rushed to a hospital in Legazpi City, but they were pronounced dead on arrival.

Batocabe, a lawyer and 3rd-termer representative, was running for Daraga mayor in the 2019 elections.

He was challenging the reelection bid of Mayor Carlwyn Baldo as well as Vice Mayor Victor Perete, who is also running for local chief executive.

Batocabe was one of the more vocal partylist representatives in the 17th Congress, where he served as the party-list coalition president. He was vice chairperson of 3 major House committees, including the panels on dangerous drugs, good government and public accountability, and natural resources. (READ: Arroyo, lawmakers condemn killing of Batocabe)

N.B.: The killing of lawyers under the Duterte regime continues in the Philippines. three in the past 6 weeks. Total of Attorneys killed 26; Prosecutors 8; Judges 3. Thus 37 lawyers killed in 2 1/2 years. Plus 2 Paralegals and 1 RTC Court Official. Six lawyers (5 Attorneys and 1 prosecutor) have survived the 46 murderous attacks.