Iran: Prominent Rights Lawyer To Be Tried By Controversial Judge

The bill of indictment against prominent Iranian lawyer and civil rights activist Nasrin Sotoudeh has been delivered to the Revolutionary Court, her attorney, Payam Derafshan, disclosed on December 15.

Judge Mohammad Moghiseh, head of Branch 28 of the Revolutionary Court in Tehran, is expected to preside over Sotoudeh’s hearing.

However, Moghiseh is the same judge who was sued by Sotoudeh’s lawyers Derafshan and Mohammad Moghimi last September.

The lawyers filed a lawsuit against Moghiseh accusing him of unlawful sentencing and displaying a lack of impartiality in their client’s case.

His post stated that in 2015, Moghiseh sentenced Sotoudeh to five years in prison for espionage even though she was on trial for propaganda against the state, which carries a maximum one-year prison sentence. Even if she had committed espionage, the maximum penalty for that charge is three years in prison, noted the lawyers, according to the New York-based Center for Human Rights in Iran (CHRI).

Derafshan said there are only two cases against his client. One is related to a complaint tabled by an interrogating judge in the city of Kashan and the other to Sotoudeh’s membership in LEGAM, a group whose Persian acronym stands for banning the death penalty step by step.

European Parliament Calls on Iran to Unconditionally Release Rights Lawyer Nasrin Sotoudeh who was Sakharov Prize winner for her effective #HumanRights advocacy. She should never have been detained like this. https://t.co/Vrcc9r1pb0

Diyarbakır Bar Association Chair Aydın has stated that documents and information in the investigation of Elçi murder were analyzed at University of London’s Forensic Architecture Department and possible perpetrators of his murder have been identified.

Diyarbakır Bar Association made a statement for the press in front of Diyarbakır Courthouse today (December 13).

Aydın stated that the possible perpetrators of the Tahir Elçi murder have been identified in the analyses.

“There are one and more than one perpetrators”

Reminding that the documents and information included in the file of the investigation were sent to the university almost two years ago, Aydın announced that the report prepared by the Department of Forensic Architecture of London University was delivered to the Diyarbakır Bar Association yesterday (December 13).

Stating that the Diyarbakır Bar Association will submit the report to the Diyarbakır Chief Public Prosecutor’s Office along with a petition, Aydın announced that the possible perpetrators of the murder have been identified.

Aydın said, “As it has also been supported by scientific data, for us, there are now one and more than one perpetrators.”

Tahir Elçi, who was the Chair of Diyarbakır Bar Association, was murdered in front of the Four-Legged Minaret in Sur in Turkey’s southeastern province of Diyarbakır on November 28, 2015 during a statement for the press.

Though it has been three years since the murder of Tahir Elçi, the perpetrators have still not been brought to justice. 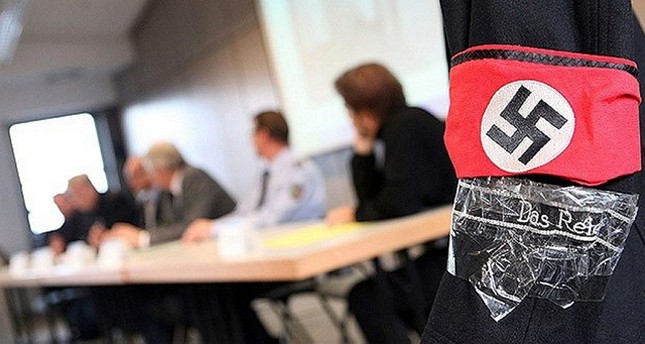 A probe conducted into several police officers accused of sending threats to a Turkish lawyer who participated in the case of the National Socialist Underground (NSU) has resulted in five police officers being suspended.

One of the letters sent in August even targeted the lawyer’s daughter.

Yıldız told Anadolu Agency (AA) that she was getting many threats but she did not take them very seriously, saying “This time my daughter’s name and home address were written. That’s why I filed a criminal complaint for the first time.”

Stating that the investigation was launched after she filed the complaint, Yıldız added that she did not want the police to cover up the incident.

The investigation revealed that information about Yıldız was viewed from a computer at the Frankfurt police station without any official reason for questioning.

It also found that the police officers, who had access to the computer, were sending to each other messages with swastika symbols and Hitler’s photos on a group they created online.

Following these revelations, a lawsuit has been initiated against five police officers on suspicion of inciting ethnic hatred and using anti-constitutional symbols.

The Philippines: #Light4Ramos Lawyer Benjamin Ramos stood up for human rights – it cost him his life

He died too soon. Gunned down by two men on a motorcycle. Benjamin Ramos from the Philippines was a human rights lawyer fighting for causes related to democracy, human rights and the environment.

What happened to him is far from an isolated event – environmental defenders and people standing up for human rights are still threatened, harassed, beaten and murdered all over the world. On December 10, exactly seventy years after the adoption of the UN Declaration of Human Rights, we commemorate all those defending human rights and the environment who were murdered this past year. This is done under the slogan of #Light4Ramos

Benjamin Ramos was working late on November 6 earlier this year. As he left for the day just after 10 p.m., a motorcycle with two masked men drove up beside him. Four rounds were fired and Ramos fell to the ground. Saving his life was not possible. Ramos, a father of three, is mourned by his family, friends and colleagues, who gathered for a funeral ceremony soon after his death. At the ceremony, unknown men on motorcycles once again appeared. They kept themselves at a distance but sent a clear message to Ramos’ loved ones by openly displaying their automatic weapons. The police were called to the scene and the two men, who were later found to belong to the national military, were apprehended. They were released on bail the very next day. Benjamin Ramos lived to be 56 years old.

Stood up for the rights of vulnerable groups

Ramos was engaged in defending the rights of vulnerable groups – farmers and environmental defenders. He was well-known in the Philippines and stood up against corrupt decision-makers and the exploitation of natural resources by large corporations. Ramos was involved in the Philippine farmer association Masipag, which has been a collaboration partner of the Swedish Society for Nature Conservation for two decades. The situation in the Philippines is alarming and at least 34 lawyers have been killed in this island nation since Rodrigo Duterte became president two and a half years ago. There is widespread impunity and Duterte has personally singled out “obstructive” lawyers as legitimate targets for the police and the military. 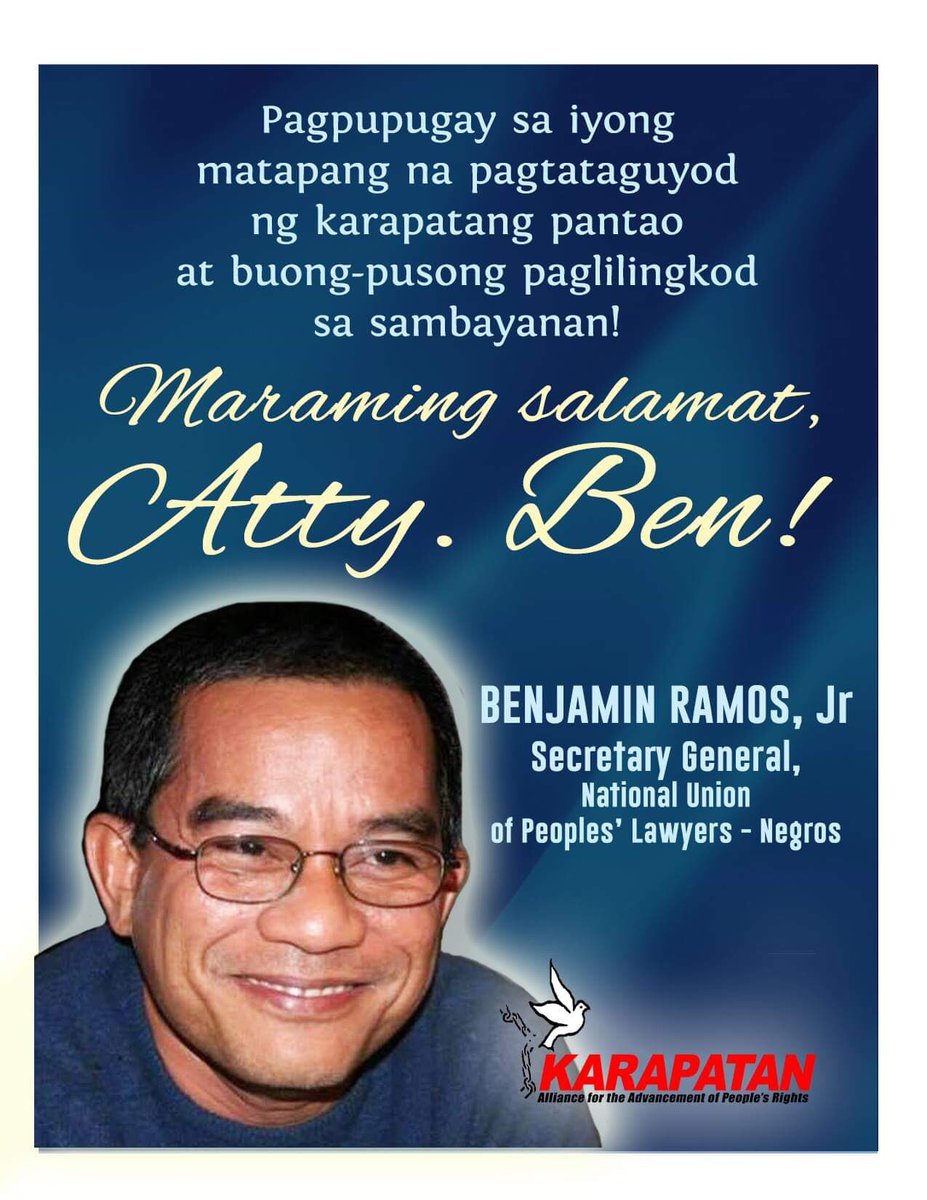