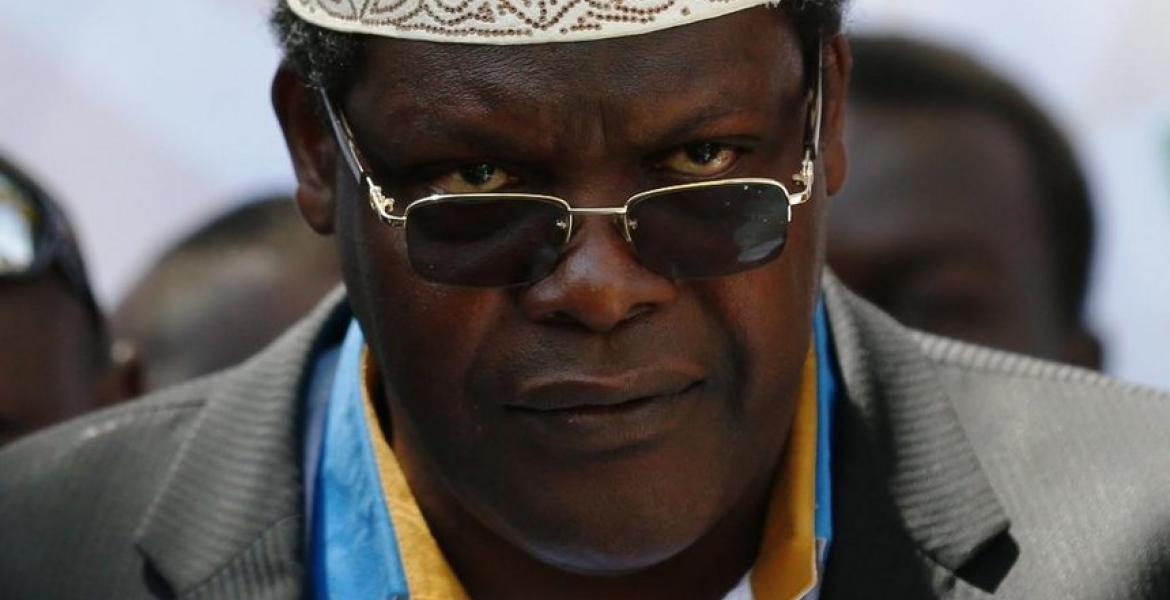 The self-declared National Resistance Movement (NRM) general says the book, titled Treason: The Case Against Tyrants & Renegades, will be unveiled on December 20th.

“TREASON: The Case Against Tyrants & Renegades, 2018, 450 pages, hardback. Publication date: December 20, 2018. Information about Pre-Publication orders will be provided in due course,” tweets Miguna.

In the book, the firebrand lawyer talks about how he was betrayed after the January 31st, 2018 mock swearing-in of opposition leader Raila Odinga as the “people’s president.”

“It was sad that the cancer of betrayal was ferociously attacking our liberation movement before the ink I had used to sign the oath of office on ‘The Peoples President had dried,” Miguna notes.

He also explains what happened before, during and after the mock swearing-in of Odinga as well as events leading to his controversial deportation from Kenya.

“If I were to die today, history would record that my death was caused by the cancer of betrayal; betrayal by the home guards and renegades,” the book reads in part.

Turkey/Day of the Endangered Lawyer: 9th DAY OF ENDANGERED LAWYER – 24 January 2019 SAVE THE DATE

Dear colleagues, Dear friends,
This year, for the 9th Day of the Endangered Lawyer, we hereby invite you
and your organisation to take part in the Day of the Endangered Lawyer
events once again.
The next Day of the Endangered lawyer will take place on the 24th of January
2019. This year, the focus will be on the very difficult situation that
lawyers in Turkey are facing.
This is not the first time that we are focusing on Turkey, however, as you all
know, the lawyers’ situation is becoming worse in Turkey day by day. Turkey
was ruled under the state of emergency for 2 years. During those two
years, journalists, academics, judges, prosecutors, human rights activists
and of course lawyers were arrested. According to OHCHR almost 570
lawyers were arrested, 1,480 faced some kind of prosecution, 79
were sentenced to long-term imprisonment. In several mass trials
lawyers are accused just because they represent alleged members of
terrorist in other trials. The risks faced by criminal defence
lawyers is reportedly so high that it is extremely difficult for suspects
arrested during the state of emergency to find a lawyer. Even
after the lifting of the state of emergency in July 2018, the political
trials against lawyers did not end. The UN Basic Principles on the
Role of Lawyers are permanently violated by the Turkish prosecutorsand judges, in particular Art. 18. “Lawyers shall not be identified with
their clients or their clients’ causes as a result of discharging their
functions”
Almost every week, there is at least one trial against lawyers, especially in
Istanbul. According to this fact, it could be claimed that the lawyers who
are still free, are practicing law under the risk of a sudden arrest.
In 2018, the Day of the Endangered Lawyer was a huge success. The
events were organised in 36 cities, almost in all the continents of the world:
Europe, North and South-America, Asia and Australia.
We hope that this year will be at least as successful as last year.
A basic report of the situation in Turkey and a petition will follow soon.
Please inform us a.s.a.p. which manifestation or action will be carried out
in your city or country and who will be its coordinator, so we can be in
touch.
Please spread this email to your contacts.

We believe that we can raise the awareness and support our colleagues
once more all together.
Best regards
Florence de La Pradelle and Ceren Uysal
The international coordination will be organized by the Foundation day of the
Endangered Lawyers supported by AED, IAPL, and ELDH:

Hans Gaasbeek, lawyer and director of the foundation for the Day of the Endangered
Lawyer in Haarlem:http://dayoftheendangeredlawyer.eu/
and president of the Dutch League for Human Rights.
Phone: 0031-235318657, Mobile: 0031-652055043
Email: hgaasbeek@gaasbeekengaasbeek.nl Egyptian police and National Security Agency (NSA) forces have conducted a mass arrest campaign, rounding up at least 40 human rights workers, lawyers, and political activists since late October 2018, Human Rights Watch said today. Many of those arrested were people who provided humanitarian and legal support to families of political detainees.

Human Rights Watch spoke with a lawyer, a human rights activist, and two political activists, who are in direct touch with the families of the people detained. The sources said that none of the security forces showed arrest warrants, and that when families or lawyers tried to find out where the arrested were being held, the authorities would not tell them. Some of these cases may amount to enforced disappearances. Eight women are among those arrested, and while three of those women were later released, all the other people arrested remain detained in unknown locations.

“The Egyptian security agencies’ repression now extends to disappearing those brave men and women who have been trying to protect the disappeared and to end this abusive practice,” said Michael Page, deputy Middle East and North Africa director at Human Rights Watch. “The government apparently wants to quash what remains of Egyptian civil society.”

One human rights lawyer said that the detainees had been arrested in home raids, with the exception of one woman arrested at the airport while trying to travel abroad. “They are arresting us all,” the lawyer said. One source said that as many as 80 people might have been arrested, but Human Rights Watch could verify only 40 names.

The sources said that some of those arrested were involved with the Egyptian Coordination for Rights and Freedoms, an independent human rights group that has been facing smear campaigns and pro-government media attacks for the past several months. Security forces have held its executive director, Ezzat Ghoniem, a lawyer, incommunicado since September 4, despite a court order to release him.

"'They are arresting us all,' the lawyer said. One source said that as many as 80 people might have been arrested, but Human Rights Watch could verify only 40 names." https://t.co/LgdzdOSON0 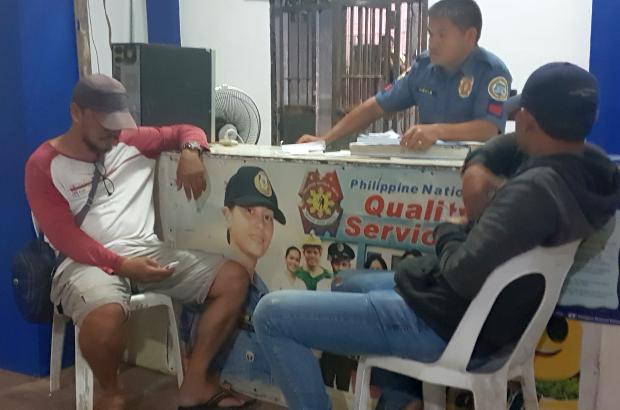 Two men suspected to be military personnel in plainclothes were detained in Sipalay City, Negros Occidental on Saturday evening after one of them was found to be armed with a handgun near the wake of slain human rights lawyer Benjamin Ramos Jr.

Members of the Sipalay City Police Station found one of the men carrying an Armed Forces of the Philippines identification card bearing the name of Cpl. Rodolfo Alemen Jr.

The other man did not have any identification documents.

They refused to answer questions from the INQUIRER.

Lawyers belonging to the National Union of People’s Lawyers (NUPL) and members of militant organizations sought police assistance after they noticed the two men on a motorycle following a convoy of vehicles from Bacolod City to Sipalay City.

A third man in a silver pick up was also following the convoy, which included NUPL national officers, among them Edre Olalia, the national president of the lawyers’ group.

On going press conference of the National Union of Peoples’ Lawyers (NUPL) and the KARAPATAN relative to the Sagay Massacre, the filing of Kidnapping and Serious Illegal Detention case against NUPL lawyer, Katherine Panguban, and the recent killing of Negros Occidental Chapter Secretary General, Benjamin T. Ramos, Jr., held at the Negros Press Club, Bacolod City.

(KARAPATAN Alliance for the Advancement of People’s Rights Facebook, 17/11/18)

November 17, 2018: Men onboard a single Honda motorcycle and those on the silver Hilux pick-up have been following our convoy since noon from Bacolod City to Sipalay (a 3-4 hour land trip), where Karapatan, NUPL, Kilusang Magbubukid ng Pilipinas (KMP), National Federation of Sugar Workers (NFSW) and many other people’s organizations were to attend the wake and funeral of Atty. Benjamin Ramos at the Sipalay Gym in Negros Occidental.
Upon arrival at the Sipalay Gym, rights advocates sought the arrest of the men, when they saw them with two guns. Upon apprehension, the men were identified as Rodolfo Gaday Alemen Jr. and Macoy Villahermosa, both agents/enlisted personnel of the Armed Forces of the Philippines. Alemen Jr. gave his ID cards while Villahermosa refused to surrender his ID/s. Villahermosa’s gun also mysteriously disappeared after police apprehension. Rights advocates will file appropriate charges against these two before a Sipalay prosecutor.
Alemen Jr. is the same state agent who was identified to have previously harassed Bayan Negros spokesperson Christian Tuayon and his family, including his child. Like Atty. Benjamin Ramos, Tuayon is in the so-called hitlist of persons tagged by suspected state agents as communist personalities in flyers/posters previously disseminated in Negros.
Suspected state agents onboard the silver Hilux pick up remain unapprehended.
Karapatan decries these continuing forms of harassment by suspected State agents in Negros and elsewhere in the country. These are shameless and illegal acts by cowards in uniform who publicly villify, fabricate charges and kill human rights defenders and political dissenters.

Gabriel Ramos talks about how his father represented the poor, her father made them understand the danger of his work, fighting for the rights of the impoverished against landed, powerful people. Hundreds traveled from far-flung communities to see Ben Ramos for the last time. pic.twitter.com/ijBE8FYkfN