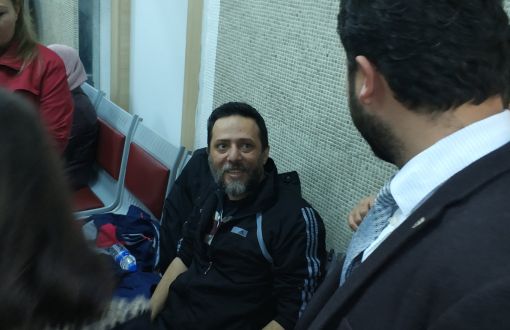 Academic Cenk Yiğiter, who was taken into custody on November 9 and was brought to the Prosecutor’s Office earlier today, has been released after giving his deposition.

Academic for Peace Dr. Cenk Yiğiter, who was discharged from the Faculty of Law at Ankara University as per a Statutory Decree and was taken into custody at his house in Ankara on November 9, was referred to the Prosecutor’s Office today (November 12).

Speaking to bianet about the detention of his client, Yiğiter’s attorney Erkan Çiftçi has stated that Cenk Yiğiter has been charged with “engaging in actions and activities in the name of a terrorist organization” due to his Facebook posts and the statements for the press that he made at the Cebeci Campus of Ankara University after being discharged.

Çiftçi has also added Yiğiter is a good medical condition and referred to the Ankara Courthouse today to depose at the Prosecutor’s Office.

It has been announced that Yiğiter has been released after giving his deposition at the Prosecutor’s Office.

He was interrogated on the third day of his detention

As reported by Kemal Göktaş from Diken news website, the interrogation of Dr. Cenk Yiğiter was completed on Sunday (November 11).

During the interrogation, Yiğiter faced the charge of “engaging in activities in the name of PKK (Kurdistan Workers Party)” and was asked whether he knew the students, who were also taken into custody along with him.

Being questioned about his social media posts and his statements for the press held at the campus of Ankara University, Yiğiter stated that he had no sympathies for the PKK and added the he openly condemned some of their activities on his social media accounts.

As for the detained students, Yiğiter said that while he previously had a conversation with one of them, he did not know the other students.

Dr. Cenk Yiğiter was discharged from his post at Ankara University as per the Statutory Decree no. 679 on January 6, 2017.

In 2017, he entered the university entrance exam and qualified to study at the Department of Radio, Television and Cinema of the same university.

However, due to a change in the regulations, he could not enroll at the university on the ground that “he was discharged from public service.”

In 2018, his law internship was cancelled eight days before it ended.

On October 30, 2018, he was sentenced to 1 year, 5 months and 15 days in prison for having “insulted the President” with a tweet that he posted. The Ankara 20th Penal Court of First Instance did not suspend the announcement of the verdict. 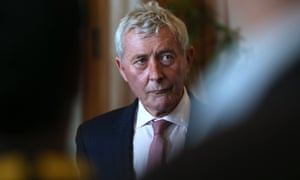 The undisclosed brief of evidence against Witness K and lawyer Bernard Collaery is set to be the subject of a closed court hearing to judge national security information in the prosecution of the pair for disclosing the fact Australia spied on Timor-Leste.

On Friday whistleblower Witness K and Collaery suffered a setback, with the ACT magistrates court refusing their applications to have an earlier open court hearing on whether protected information in the case is likely to prejudice Australia’s national security.

Prosecutors in the case have given notice the crown’s brief of evidence is expected to disclose national security information, and as a result the court and defendants are yet to see the brief pending a decision on how to handle it.

That notice is likely to trigger the attorney general, Christian Porter, to issue a certificate of non-disclosure which leads to a closed hearing for the court to make its own judgment about whether information is likely to prejudice national security.

The chief magistrate, Lorraine Walker, told the court that laws granting a closed hearing could be “clearly potentially prejudicial to the defendants” because lawyers for the defendants “may not be entitled to be present” if they do not have a security clearance.