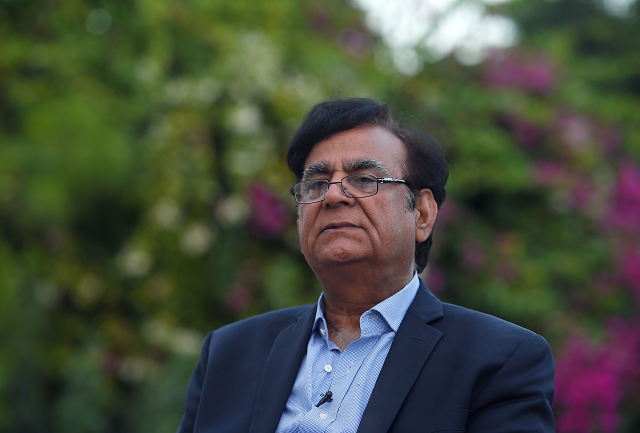 Aasia Bibi’s lawyer Saiful Malook on Friday said he is leaving Pakistan as his life is in danger.

Talking to The Express Tribune, Malook, however, clarified that he would return to Pakistan to represent Bibi at hearing of the review petition if the army provided him security. “My family is also facing immense security threat and the federal government should provide security to them,” he added.

Meanwhile, complainant Qari Muhammad Saalam has requested the Supreme Court for the early hearing of a review petition against its October 31 order to acquit Aasia Bibi, a Christian woman who was booked for blasphemy in 2009.

Filing an early hearing plea, Saalam said Aasia is planning to leave the country and an application has already been filed to place her name on the Exit Control List (ECL). In case this review petition is not fixed, he said, the application/petition shall suffer an irreparable loss and injury. 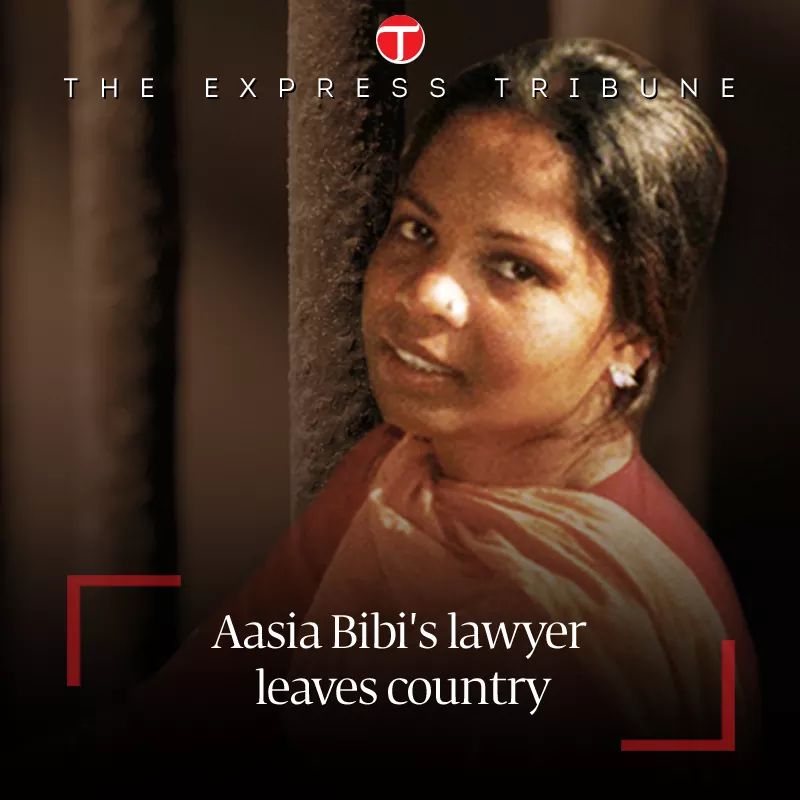 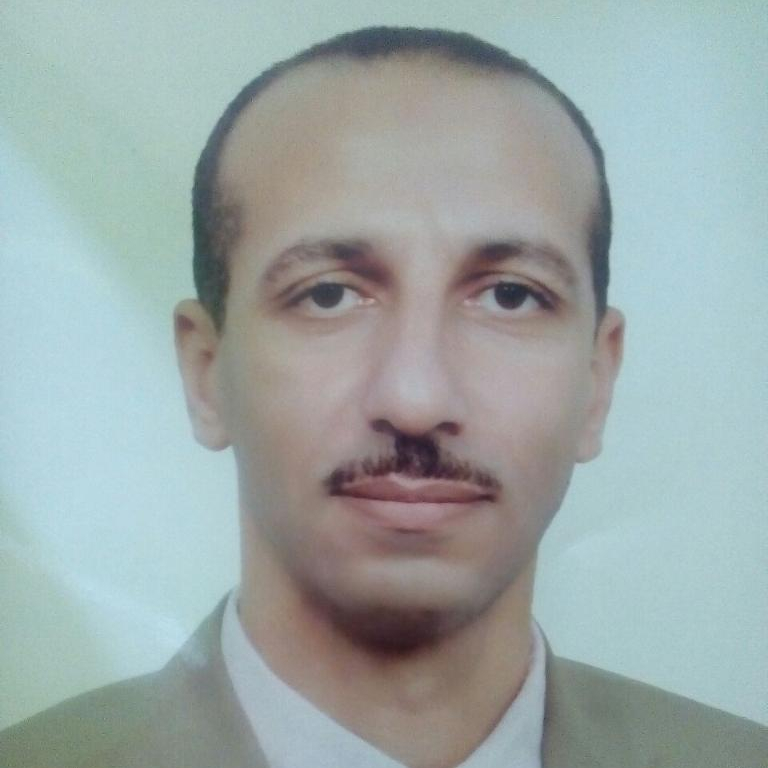 Ezzat Ghoneim is a human rights defender and lawyer focusing on the right to fair trial and enforced disappearances. Since 2014, he has served as executive director of the Egyptian Coordination for Rights and Freedoms, a human rights organisation which works on arbitrary arrests, enforced disappearances, freedom of expression, medical negligence and torture inside prisons.

On 4 September 2018, Ezzat Ghoneim was granted conditional release. However, Al-Haram police station refused to release him and justified the decision by stating that they were waiting for “instructions from the National Security Agency”. Even though on 13 September 2018, the human rights defender’s wife was told by police officers that her husband was released, he has not been seen ever since. The authorities are denying any link to his disappearance.

(2/2) Among the 19 arrested is a former member of the @nchregypt. The executive director of #ECRF, #EzzatGhoneim, has been missing since September. https://t.co/GA08ZdG3V9

A court issued arrest orders for lawyers Ezzat Ghoneim and Azouz Mahgoub on Saturday for failing to meet the conditions of their release in Case 441/2018. Family and lawyers, however, say they have been missing since their reported release in mid-September https://t.co/0eUGHwppBv pic.twitter.com/GUMMeCV2l4

ECRF, which documents enforced disappearances and the expanding use of the death penalty, has been hard hit with the crackdown. Another of those arrested three days ago is Mohamed Abu Horira, lawyer and former spokesperson for ECRF, while human rights defender Ezzat Ghoniem, the co-founder of ECRF, and Azzouz Mahgoub, another lawyer , have been forcibly disappeared since 14 September. Both were arrested in March 2018 but a court ordered their release on 4 September. However, security forces ignored the court order and instead forcibly disappeared them from prison.

In a statement published last Thursday announcing the suspension of its human rights work, ECRF cited the current climate in Egypt as incompatible with human rights work and demanded intervention by the UN Human rights Council.

Egypt continues to suffer from unprecedented human rights abuses, in which both women and men are bring humiliated. The abuse has not stopped at this point, but it has now been escalated to involve all of those who defend the oppressed. At the heart of these human rights defenders is the Egyptian Coordination For Rights and Freedoms (ECRF) whose Executive Director had been arrested and his location remains unknown until now. Arrests have now extended to more ECRF members, as well as to the former member of the National Council for Human Rights
and former ECRF legal adviser team
Professor Hoda Abdel Moneim, who acts as an independent human rights defender, and some other human rights activists.

Accordingly, the Egyptian Coordination for Rights and Freedoms has taken the decision to suspend its human rights work in Egypt until further notice in protest against the continued enforced disappearance of its executive director, the human rights activist and lawyer Ezzat Ghneim, and in protest against the new wave of arrests that affected a number of human rights defenders including Mrs Hoda Abdel Moneim, former member of the Egyptian National Council for Human Rights and Mr Mohamed Abu Huraira, lawyer and former spokesman for ECRF.

We emphasize the following:
1. The human rights climate in Egypt is not conducive to the practice of any local human rights work.
2. The continued targeting of the ECRF and other human rights activists in Egypt constitutes a premeditated crime that necessitates the intervention of the UN Human Rights Council in accordance with the official agreements signed by the State of Egypt.
3 – The suspension of ECRF activity in Egypt and the absence of any local working team until this decision of suspension is considered together with any reactions to it.

The ECRF, has conducted its legal work in a framework of integrity and professionalism, but has taken this difficult decision to suspend its work despite the critical circumstances in Egypt where human rights abuses are systematic and has exceeded all conventions and customs, in order to make the parties concerned face their responsibilities.

The National Council for Human Rights (NCHR) in Egypt is required, to immediately carry out its designated role, because its silence in front of the continued attack on human rights defenders is a tacit approval of these acts and suggests complicity of the NCHR in this attack.

The human rights situation in Egypt, especially with regard to the rights of detainees and human rights defenders, has been the worst in Egypt’s history in the past five years. Furthermore, the Egyptian authority has committed the most serious violations beyond all humanitarian norms including the storming of women’s homes, their detention and the arrest of their families over the past three months alone.

As we take this decision, we demand the release of all activists, human rights defenders and prisoners of conscience, starting with Mr Ezzat Ghneim and Mrs Huda Abdel Moneim. We stress that ending these unjust practices is extremely important, and even necessary to protect Egypt from the consequences of violence and tyranny.

The ECRF emphasises that it will not leave the human rights field and will continue to stand with the oppressed and be their voice for in every platform.

The lawyers under the banner of the Bar Association have been on indefinite strike since August 29 following the alleged assault on a colleague at Nuabazar here on the previous day.

The lawyers under the banner of the Bar Association have been on indefinite strike since August 29 following the alleged assault on a colleague at Nuabazar here on the previous day.

They have been demanding the arrest of the policemen involved in the assault.

“The General Body of the Association on the day resolved to suspend the membership of Senior Advocate Asim Amitav Dash, Milan Kanungo and Banshidhar Satapathy.

“Since (BCO chairman Dr Tahali Charan) Mohanty has already tendered an apology, he has been issued a notice to show cause as to why his membership from the Association shall not be suspended,” said Association Secretary Satyabrata Mohanty.

The Association resolved to continue the agitation till November 9, the date fixed by the High Court to hear all the three writ petitions pertaining to the lawyer-police strife arising out of the August 28 incident.

USA: Judge orders detention of public defender for ‘acting like I’m some kind of idiot’

A Wisconsin judge ordered a short detention for an assistant public defender last Friday, saying he was in contempt for “acting like I’m some kind of idiot.”

Judge David Borowski of Milwaukee County ordered the detention of Puck Tsai after the defense lawyer argued against modifying the signature bond for his client, according to the Milwaukee Journal Sentinel, which obtained a transcript of the hearing.

Tsai’s client was accused of homicide by negligent operation of a motor vehicle in August. One of the conditions of his release is that he remain free of drugs and alcohol. Prosecutors asked for cash bail after a urine test showed a high level of water, which can be an indication of attempted tampering, according to the Journal Sentinel account.

Borowski said during the hearing that, if anything, the prosecution should be seeking a higher amount. “This is a homicide,” Borowski said. “I’m not playing games in this case.”

Tsai said the victim was at fault in the accident, and his client has defenses. Borowski countered that defenses don’t affect a bail decision. “Let’s all stop talking,” the judge said.

The defendant returned to his seat, but Tsai remained standing. “Is there something you want to say,” Borowski asked. “Or do you want to go into custody?”

Tsai then said his client is still innocent at this stage of the case.

“No kidding. I get that. Sit down,” Borowski said and ordered Tsai into detention.

“Rolling your eyes, throwing your hands in the air, acting like I’m some kind of idiot gets you locked up for contempt,” Borowski said.

Tsai returned to the courtroom after his supervisors spoke with Borowski. Tsai apologized and Borowski said he could be released.