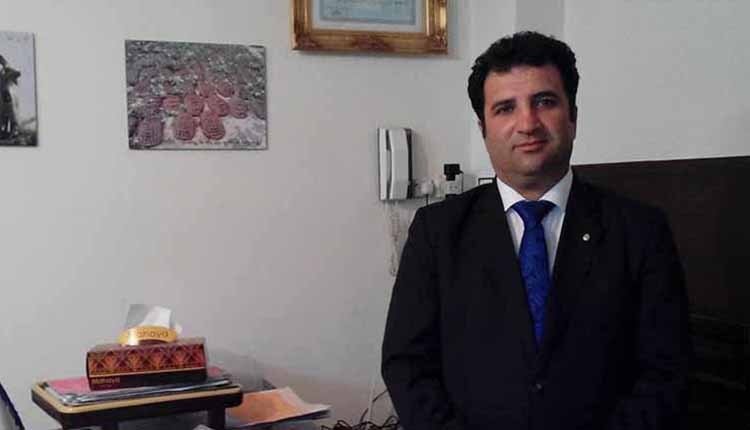 Human rights lawyer Mohammad Najafi began his three years prison sentence in Central Prison of Arak. Mohammad Najafi has been sentenced to three years in prison and 74 lashes for “disturbing the state” and “publishing falsehoods” after he advocated for a young client, 22-year-old Vahid Heydari who died under suspicious circumstances in an Iranian detention center.

“The rulings against me, Ali Bagheri and Abbas Safari were upheld without any changes: One year and 74 lashes for ‘disturbing the state,’ and two years for ‘publishing falsehoods,’” Najafi wrote in a Facebook post on October 18, 2018.
“The sentences against the other defendants, including six of my clients, were suspended for five years,” he added.

In January 2018, attorney Mohammad Najafi told media outlets that the authorities were trying to cover up the cause of the suspicious death of Heydari, who died in detention at the 12th Police Station in Arak sometime between the end of December 2017 and the beginning of January 2018 by claiming he had committed suicide. Iranian authorities have claimed at least two other detainees “committed suicide” in custody in 2018: Iranian-Canadian environmentalist Kavous Seyed-Emami and Sina Ghanbari.

Lawyer Mohammad Najafi is in prison in #Iran today for peacefully defending human rights, including those of a young man who died under suspicious circumstances in Iranian police custody earlier this year. Join @ICHRI and @HRW in demanding his release https://t.co/9ChJdexyf5. pic.twitter.com/98We1sy3f3

What do you call a person who risks everything to save others? Iranian attorney #MohammadNajafi tried to seek justice for a young man who died under suspicious circumstances in police custody earlier this year. Now Najafi himself is in jail https://t.co/4jCd5Z2eht. pic.twitter.com/Z41oDH69Ug

Lawyer and #humanrights defender #MohammadNajafi was arrested today. He's been taken to prison in Arak, #Iran to serve his sentence – 3 years of imprisonment and 74 lashes. Watch the video to learn more about his charges. pic.twitter.com/GtwKMg7KwR

Rouhani says the “situation may be hard for people in the following months.” After being sentenced to 3 years & 74 lashes for defending basic #HumanRights, #MohammadNajafi would agree.#IraniansWantRegimeChange#FreeNasrin #اعتصاب_سراسری pic.twitter.com/TLTTOtzQKt

Deepika Singh Rajawat has been provided with security but she still fears her life as she has received several rape and death threats after taking up Kathua case. 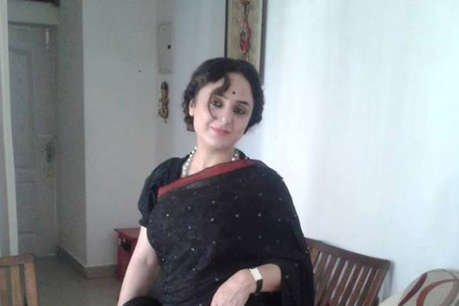 This heightened 24×7 alertness has become a part of her life ever since she took up the gang-rape and murder case of an eight year-old girl of Rasana in Kathua.

State police provided her with security after she expressed threat to her life earlier this year. This was after Rajawat spoke about being flooded with rape and murder threats.

So severe has the backlash and pressure been that ever since she picked up the case, she feels that they will “kill me one day”.

In a conversation with News18, almost 10 months after she took up the case on behalf of the parents of the minor girl, the 38-year-old lawyer spoke about how lonely she feels in her fight for justice, and about the support that she’s got during this trying time.

“I feel threatened that my family or I might be harmed physically. Also, I feel my attempts will be made to damage my dignity,” she said. She fears that one day a narcotic substance could be planted at her house to malign her reputation. This is another thing she looks for every time she unlocks the main gate.

Back in a trial court in Jammu, Rajawat walks through the corridors attracting stares and prompting pin-drop silence as she passes through crowds of lawyers, police and petitioners. Behind her people start whispering. Some point at her murmuring that “she is the woman who appears on television and newspapers”, others remember Rajawat from the widely shared photograph of her walking out of the Supreme Court, flanked by her colleagues.

She had just attended another hearing in the ongoing trial against the eight men who have been accused of gang-raping and murdering the Kathua girl with a motive of ‘driving out Bakarwals from Jammu’, where the crime was committed. The alleged hate crime sent ripples of shock waves throughout the globe.

The crime was followed by a protest march in support of the perpetrators, part of which were even Rajawat’s lawyer colleagues. The lawyers at Jammu also tried to stop the Crime Branch police from filing charges against the accused before Chief Judicial Magistrate’s office in Kathua.

After Supreme Court refused the demand for a CBI inquiry in the case, the case was transferred to a fast-track court in Pathankot, Punjab.

As soon as she became the face of the aggrieving parents’ in the quest for justice, Rajawat started receiving abuses and threats, apart from being trolled on social media. She was labeled an “anti-national” and suffered a boycott by her colleagues, relatives and neighbors.

From Vogue Women Of The Year Awards 2018 – Crusader of the year, Deepika Rajawat pic.twitter.com/qBymQrEkZj

France/Israel: Meet the French-Palestinian lawyer held by Israel for a year without charge

Following his release, Salah Hamouri speaks with MEE about his situation and Palestinians’ broader struggle for freedom

For more than four hundred days, Salah Hamouri languished in prison, deprived of his freedom and family, and uncertain when he would ever be let out.

On 30 September, the Franco-Palestinian lawyer was released from Israeli custody after spending 13 months in administrative detention – an Israeli policy largely used against Palestinians to hold them without charges or trial for periods of up to six months, renewable indefinitely.

Hamouri had already been imprisoned by Israel between 2005 and 2011 after being accused of being involved in a Popular Front for the Liberation of Palestine-led (PFLP) assassination plot targeting right-wing Rabbi Ovadia Yousef – accusations the young man, the son of a Palestinian father from Jerusalem and a French mother, has repeatedly rejected.

In total, more than eight years of 33-year-old Hamouri’s life have gone up in smoke.

Hamouri’s wife, Elsa Lefort – who herself was banned from entering Israel and the occupied Palestinian territories in 2016 when she was six months pregnant – slammed Israel’s “relentlessness” vis-a-vis her husband in an interview with Middle East Eye in August (available only in French).

Hamouri’s case has led to intense mobilisation by pro-Palestine activists in France, who have called on the French government to intercede on his behalf.

Speaking with MEE after his release, Hamouri discussed his detention, the weakness of French diplomacy vis-a-vis Israel, and his determination to remain in Palestine despite Israeli pressure.