The International Observatory of Human Rights (IOHR) has announced that it holding an international conference on Nov. 2, 2018 in Geneva to highlight the unprecedented threat to human rights in Turkey.

In a rare gathering, families of Turkish prisoners currently behind bars, prominent Turkish journalists and lawyers living in exile and active members of civil society will come together to speak on the ongoing witch-hunt and unjustified jailing of Turkish citizens.

Outspoken members of the British, Swiss and Dutch parliaments who have been working on the Turkish crisis will talk about the lack of due process and the travesty of justice those prisoners and their families face on a daily basis.

The conference will address the role of the European Court of Justice, the United Nations and the Council of Europe in protecting citizens and pushing for legislative reforms and basic respect for human rights.

Turkey is now ranked as the worst jailer of journalists worldwide. Turkey is ranked 157th among 180 countries in the 2018 World Press Freedom Index released by Reporters Without Borders (RSF). If Turkey falls two more places, it will make it to the list of countries on the blacklist, which have the poorest record in press freedom. 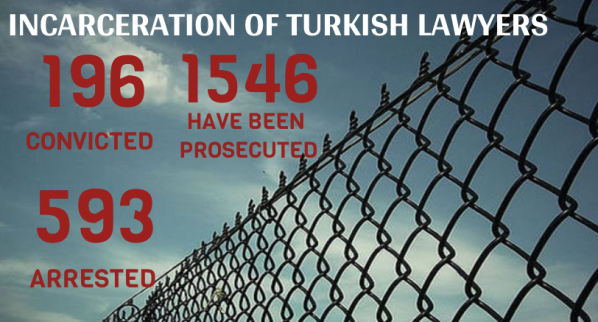