David Haigh spoke out after it emerged a British university student had been held ‘without explanation’ for five months. A lawyer tortured in Dubai has urged Scottish judges working in the United Arab Emirate to challenge human rights abuses or quit.

Matthew’s wife has claimed that his rights are being “violated on a daily basis” after being accused of spying.

A Sunday Mail investigation last week revealed Scottish and other UK judges are on the payroll of the UAE despite its toxic human rights record.

Haigh was arrested in Dubai in 2014 after a dispute with his former employers and tortured while held in prison without trial for 14 months.

Haigh, of campaign group Detained in Dubai, said: “In light of yet another British citizen being held by the UAE and deprived of basic legal rights, these judges need to speak out and call for an urgent investigation.

“If that is not done properly then they need to resign. For Scottish and English judges to continue turning a blind eye to flagrant abuses of human rights and the rule of law is untenable.”

The Istanbul Bar Association is to elect a new head this week at a time when several hundred lawyers are behind bars, and the independence of the country’s judiciary has been called into question.

Candidates for presidency hope to reform the Istanbul Bar Association, which is one of the world’s largest with more than 29,000 members.

Fikret Ilkiz, who is running for president of the association as an independent candidate, said the election was taking place in an “environment in which there is an attempt to ignore legislative power and in which the confidence in the independence and impartiality of the judiciary has been eliminated.”

According to the Incarceration of Turkish Lawyers report released in March this year, 580 lawyers have been detained, and 103 given long-term sentences.

Many have criticised the Istanbul Bar Association for failing to react. Lawyer Diren Cehavir Şen told Ahval News detentions had risen since the 2013 Gezi protests – the biggest anti-government demonstrations since President Recep Tayyip Erdogan’s Justice and Development Party (AKP) came to power in 2002.

A Pune based senior criminal lawyer was shot by an unidentified person on Monday evening when he was on his way to home from the court proceedings to meet his client. The injured lawyer has been identified as Dayanand Ratnakar Dhokne (45), a resident of Yerawada area.

The senior criminal lawyer was immediately rushed to the Koregaon Park-based private hospital and is currently undergoing treatment at the Intensive Care Unit (ICU). Dhokne’s wife is a housewife and the couple has two children; one is studying in the sixth standard while the other child is in the second standard. 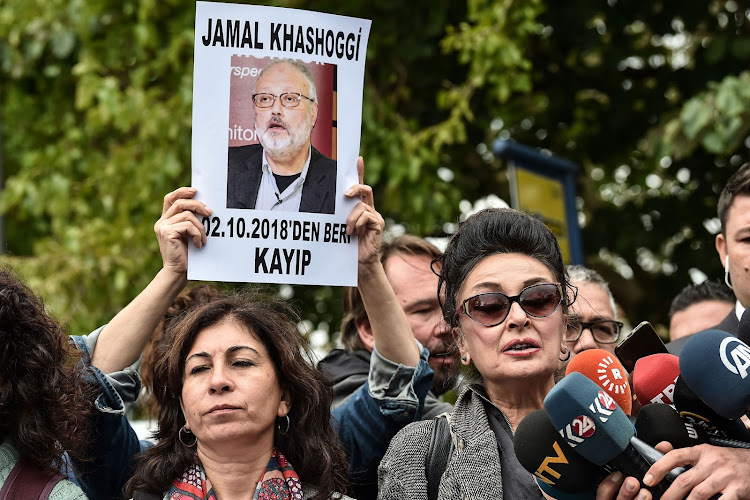 The following three Human Rights Defenders have been selected as Finalists for the 2019 Martin Ennals Award:

Eren Keskin is a lawyer and human rights activist. For more than thirty years, she has struggled for fundamental rights and freedoms in Turkey, especially for the Kurds, women and the LGBTI+ community.Within the context of the worsening human rights situation in Turkey, Keskin is once again at the centre of intimidation attempts.  As part of a solidarity campaign to support the Özgür Gündem newspaper, Keskin held the title of “editor-in-chief” of the newspaper from 2013 to 2016, when it was closed by the authorities.On 30 March 2018, she was convicted and sentenced to 12.5 years in jail for having published articles deemed to have “degraded” the Turkish nation and “insulted” the Turkish president.  She is currently free while the case is appealed. She stated: “To defend human rights is not easy in our territory.  I am being prosecuted with 143 charges for my solidarity with an opposition newspaper in the context of freedom of expression. International awards and solidarity have “protective” characteristics and reassure those of us in repressive societies. It also it gives us a morale boost and helps our motivation for the struggle. Thank you for not forgetting us. Your solidarity and protection mean so much. [see also: https://humanrightsdefenders.blog/2018/05/26/eren-keskin-human-rights-defender-from-turkey-receives-2018-anna-lindh-prize/] 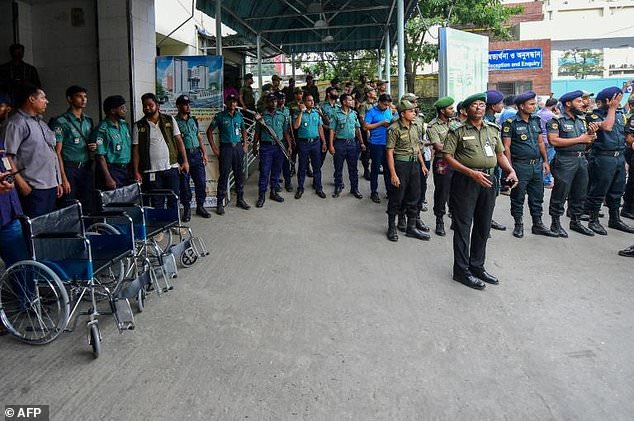 Bangladesh police on Monday arrested a prominent critic of the government who recently helped the country’s embattled opposition parties forge an alliance amid fears that dissent is being stifled in the South Asian nation.

Police said Moinul Hosein, a top lawyer and a publisher of an English daily, was detained from Dhaka’s Uttara neighbourhood hours after Bangladesh Prime Minister Sheikh Hasina slammed him for his comments against a pro-government female journalist.

“He has been arrested after a warrant of arrest was issued against him”, a senior Dhaka Metropolitan Police officer told AFP, speaking on condition of anonymity.

Hosein, 78, who does not belong to any political party, emerged as a top critic of the government in recent months and was a key organiser of the recently formed alliance between the main opposition Bangladesh Nationalist Party (BNP) and other centrist parties.

Premier Hasina on Monday attacked Hosein for his comments against the woman journalist whom he described as “characterless”, accusing him of collaborating with Pakistan during Bangladesh’s war of independence against the Islamic republic, the state-run BSS news agency reported.

She asked female journalists to protest Hosein’s remark and urge them to file cases against him.

The #CCBE urges Prime Minister #SheikhHasina to guarantee that all #lawyers in #Bangladesh are able to practice law without fear of reprisal, including #lawyer Mozammel Hoque #Chowdhury: https://t.co/mReuwd2aOQ pic.twitter.com/2tQwNoZ85M

Nigerian televangelist Timothy Omotoso’s lawyer Peter Daubermann said he fears for his life after he put up a fight for his client in court last week.

Daubermann was “attacked” as he left Port Elizabeth High Court last week after an outrage on social media over his line of questioning of Cheryl Zondi, who testified that Omotoso raped her multiple times during her time in the ministry.

Omotoso, 60, faces charges of rape and alleged human trafficking of more than 30 girls.
Daubermann labelled the incident in which he had water thrown at him as he left court as an “attack on the justice system”, adding that he fears for his safety and has had to make security arrangements for himself.

“The accused has the right to be represented by whoever he wants and the accused will feel aggrieved if the person tasked to represent him has been put under severe stress of fear of being attacked.