The disputed jailhouse death of an opposition councilman arrested on allegations of plotting to kill President Nicolas Maduro has triggered alarm among many Venezuelans and swift condemnation from several foreign dignitaries.

Venezuela’s government said on Monday that Fernando Alban took his own life by leaping from the 10th floor of the state intelligence agency’s headquarters. But opposition leaders denied the official version and a few dozen of Alban’s supporters gathered outside the building yelling “Maduro killer!” contending that he had been murdered.

“There’s no doubt this was an assassination,” opposition leader Julio Borges said in a video from exile in neighboring Colombia, without providing evidence of his claim.

Alban, 56, was taken into custody Friday at Caracas’ international airport upon arriving from New York, according to his lawyer. 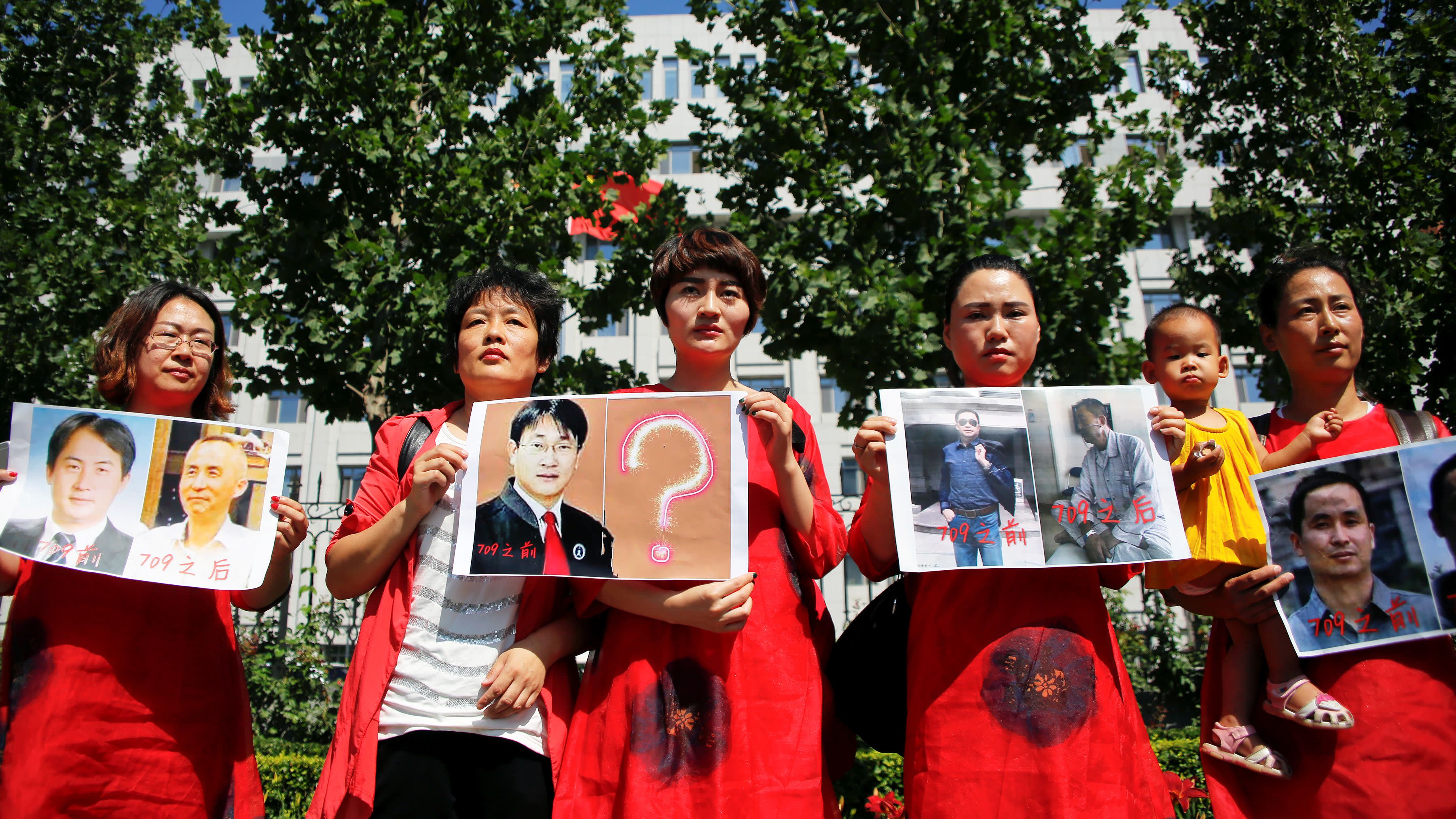 A Chinese human rights lawyer knew it was time to put his battles with the government and state enterprises on hold when he saw his young son waiting for the “bad guys” to come.

“My son was looking out the window at night with a stick in his hand, like he was keeping watch,” the lawyer said. “And he said, ‘I’m going to beat up the bad guys if they try to take dad away.'”

The lawyer, who is in his late 40s, has handled cases involving land expropriations, arbitrary decisions by authorities and commitments broken by state-owned enterprises. His clients have included both individuals and businesses. But he fears the effects on his son’s psyche, not to mention the risk that the increasingly oppressive government might retaliate against his family.

The tide started to change in 2012 and 2013, coinciding with President Xi Jinping’s rise to power. “I had this scope where I could feel safe,” he said, “but I felt it start narrowing fast.”

In July 2015, the government turned more aggressive, detaining over 300 activists, lawyers and other individuals. The lawyer said there was little he could do to help his comrades; he is still not sure why he was not taken in, too.

Today, the lawyer speaks out little and avoids participating in overseas protests like he used to. Inaction, for him, is a survival strategy.

The counsel to embattled Innoson Nigeria Limited, Professor McCarthy Mbadugha is lying critically injured  in an undisclosed hospital in Lagos after he was attacked by hired assassins in his chambers at Lekki Phase 1, Lagos, last week.

The attack was carried out after the lawyer complained about threats to his life over his ability to successfully win cases in favour of his client, Innoson. He reportedly complained bitterly about an anonymous message of threat to his life and asked for protection.  The following is the result of our investigation:

A suspect in an ambush that killed a clerk of court and injured a process server in Batac City, Ilocos Norte has been arrested in Vigan City, Ilocos Sur.

Sherwin Daguipon Rinen, who was identified by Regional Trial Court branch 65 process server Teodoro Daguipon as the shooter, was caught by Batac City policemen led by Chief Inspector Rodel Santos in a lawyer’s house in Vigan City on Tuesday.

Rinen, a distant relative of Daguipon, ambushed the court employees at around Monday afternoon along the national highway in barangay Baay, near the Bungon National High School in Batac City. Rinen’s accomplice in the attack is still at large.

Clerk of Court Randell Villaruz, who was driving when he was ambushed with Daguipon, died at the hospital. Daguipon, meanwhile, survived seven gunshot wounds.

Senior Superintendent Cesar Pasiwen, Ilocos Norte police director, said Daguipon was likely the target of the ambush, although police have yet to determine a motive for the shooting.

The Ilocos Norte chapter of the Integrated Bar of the Philippines has condemned the attack.

This violence against lawyers and court employees creates “an environment of fear” in the justice system, IBP-Ilocos Norte chapter public relations officer Ernielineo Labrador said, quoting from the group’s statement.

“An assault against a lawyer or a court personnel is an affront to the legal profession and the Judiciary,” IBP-Ilocos Norte further stressed, adding,  “when lawyers and court officers are made to live under threat of violence, our sworn functions are not proficiently rendered and the rule of law is seriously degraded.”

IAPL condemns the threat issued by Shivaji Pawar, ACP, Maharashtra Police to arrest IAPL’s President Justice Hosbet Suresh (Retd.) and the most alarming portrayal by him of IAPL as a frontal organisation of CPI (Maoist). IAPL believes that such attacks on Judges and Human Right defenders which includes lawyers and organisations, require to be understood in the in the light of rising authoritarianism and fascist attacks in the country.

IAPL condemns the threat issued by Shivaji Pawar, ACP, Maharashtra Police to arrest IAPL’s President Justice Hosbet Suresh (Retd.) and the most alarming portrayal by him of IAPL as a frontal organisation of CPI (Maoist). IAPL believes that such attacks on Judges and Human Right defenders which includes lawyers and organisations, require to be understood in the in the light of rising authoritarianism and fascist attacks in the country. It is the need of the hour for all organisations and individuals to come together and resist this onslaught collectively and to strongly condemn and resist this brazen attempt to intimidate Justice H. Suresh (Retd) and members of IAPL.

Justice H Suresh, now in his late 80s, is a former judge of the Hon’ble Bombay High Court and is leading figure in Human Rights activism in India. After his brief but glorious judicial service, he led a number of Commissions of Inquiry that investigated violations of human rights. Justice Suresh investigated the Kaveri Riots (1991) in Bangalore, post-Babri Bombay riots (1992/1993) publishing their findings in a 1993 report titled ‘The People’s Verdict’. In August 1995, Justice Suresh issued “Forced Evictions – An Indian People’s Tribunal Enquiry into the Brutal Demolitions of Pavement and Slum Dwellers’ Homes”, a report documenting the use of brutal and indiscriminate force against slum dwellers in Mumbai. In 2000, joined by former Supreme Court judge Justice V. R. Krishna Iyer, Justice Suresh held a two-day hearing into the slum clearances in which about 60,000 people had been evicted. The Inquiry covered both legal aspects of the clearances and the human impact. 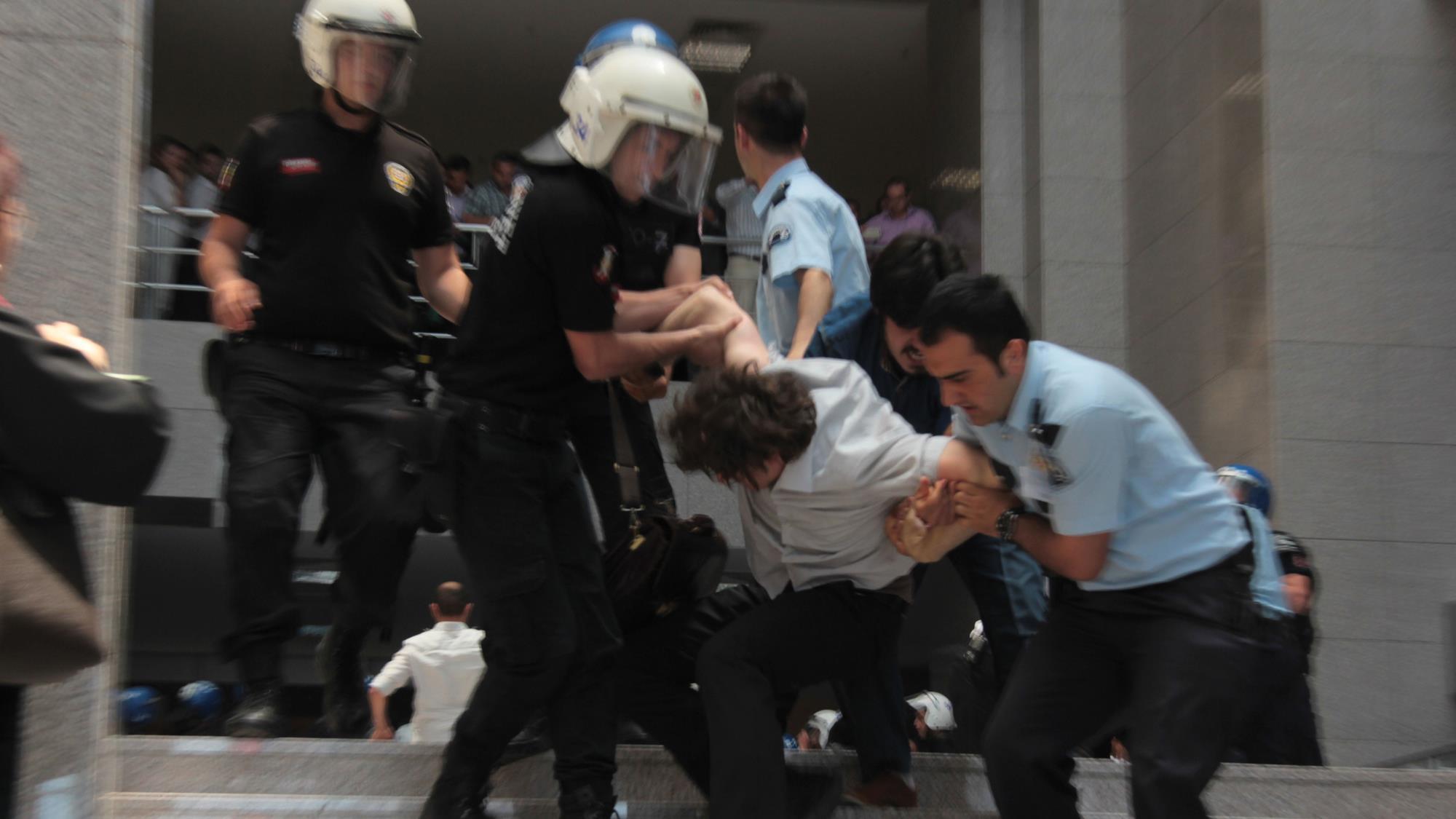