The Arusha-based Pan African Lawyers Union has gone to the East African Court of Justice (EACJ) to force the South Sudan government to release political detainees.

The release of political detainees was part of the September 12 peace agreement.

Denald Deya, PALU chief executive, has filed a Habeas Corpus — a writ requiring a person under arrest to be brought before a judge — at the EACJ for businessman and philanthropist, Kerbino Wol Agok, who has been detained without trial since April.

Allies of Mr Agok told The EastAfrican that they do not know his whereabouts since he led a prisoners’ protest at the National Security Service premises commonly known as the Blue House on October 7.

Amnesty International has also called for the release of a prominent South Sudanese academician and activist Peter Biar Ajak, who was arrested on July 28 at the Juba International Airport and is believed to be held at the Blue House.

The government is accused of denying the detainees access to their families, lawyers and doctors. They are confined and given one meal per day.

Since Mr Ajak’s arrest, the campaign #FreePeterBiar has generated considerable support online, with 78,600 people signing a petition calling for his release.

Mr Ajak has been the leading voice of the civil society in South Sudan, calling for generational change as the only way for peace to come to South Sudan. Amnesty International says that it is believed that his arrest is linked to the youth forum that he intended to hold in Aweil.

How Ateny’s “Drum of Truth” was Silenced Forever

Peter Biar Ajak, a prominent South Sudanese academic and activist is detained. He has not been informed of the reason for his arrest and has thus far been denied access to a lawyer. Take action now: https://t.co/GZu8sj5XuW pic.twitter.com/AR7cf1HAED

Iran: Nasrin Sotoudeh and the Struggle for Human Rights in Iran 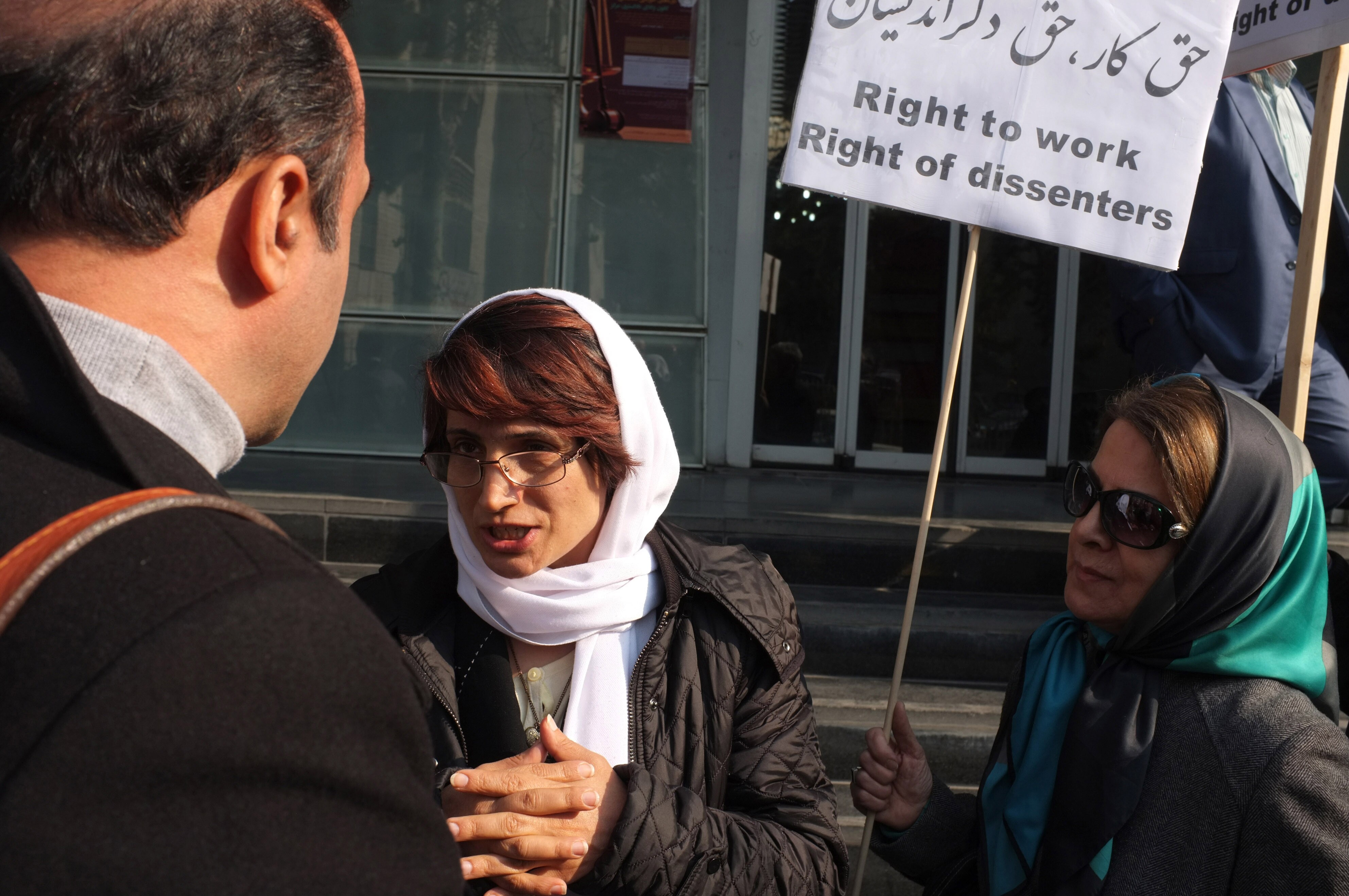 The imprisoned human rights lawyer embodies a fight shared by many.

“I realize they had arrested me for my work on human rights, the defense of women’s rights activists, and the fight against the death penalty. Still, I will not be silenced.”

With this courageous cri de coeur, human rights lawyer Nasrin Sotoudeh launched her hunger strike. Imprisoned yet again in Iran’s notorious Evin Prison, Sotoudeh is both the embodiment of the struggle for human rights in Iran, as well as the symbol of the Iranian regime’s massive domestic repression.

She represents—both legally and figuratively—the hundreds of Iranian citizens imprisoned and imperiled, tortured and tormented, for nothing other than exercising their fundamental rights to freedom of expression and human dignity.

Even among the remarkable individuals who have dared to confront the Iranian regime, Sotoudeh stands out for her courage and commitment. “Nasrin is fearless in taking on tough cases that other lawyers would carefully avoid,” said Shirin Ebadi, the Iranian Nobel Peace Prize laureate, who is herself one of Ms. Sotoudeh’s former clients.

Sotoudeh’s advocacy has included being a leader in the struggle for women’s rights amid the persistent and pervasive assault against women, most recently serving as lawyer to Iranian women imprisoned for protesting against the compulsory hijab; a leader in the struggle against child executions, where Iran has executed more minors per capita than any other country in the world; a valued defender of journalists and bloggers at a time when Iran continues to jail journalists with an alarming alacrity; and a lawyer to other Iranian lawyers who became political prisoners, until becoming one herself. 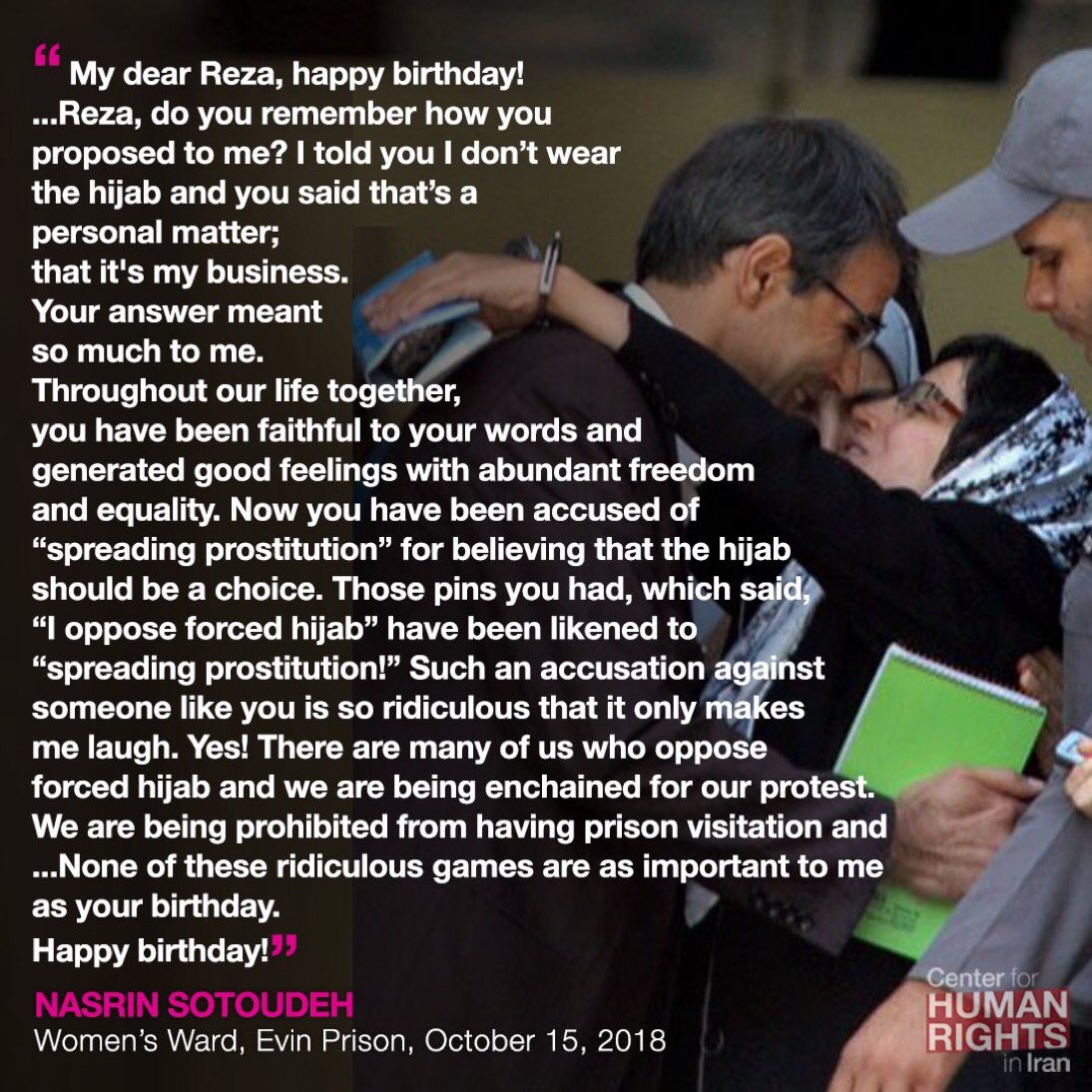