UN human rights experts* are urging Saudi Arabia to immediately and unconditionally release all women human rights defenders, including six defenders who remain in jail on charges relating to their peaceful defence of human rights.

Ms. Israa Al-Ghomgham was detained in 2015 for her involvement in peaceful pro-democracy demonstrations in 2011. Ms. Samar Badawi, Ms. Nassima Al-Sadah, Ms. Nouf Abdulaziz, Ms. Mayya Al-Zahrani, and Ms. Hatoon Al-Fassi – who had been particularly active in campaigning for women’s rights, including the right to vote and to drive – have been in pre-trial detention for the past four months.

“We condemn in the strongest possible terms the actions of the Saudi authorities against these women human rights defenders and we call on them, as a matter of urgency, to immediately release and drop the charges against all of them,” the experts said.

Ms. Samar Badawi, Ms. Nassima Al-Sadah, Ms. Nouf Abdulaziz, Ms. Mayya Al-Zahrani, and Ms. Hatoon Al-Fassi are all being held in incommunicado detention. “We urge the Saudi authorities to immediately make the whereabouts of these five human rights defenders known and to grant them access to their families and lawyers,” the experts said.

The experts expressed acute concern for Ms. Israa Al-Ghomgham, who is being tried in Riyadh’s Specialised Criminal Court – set up to handle terrorism-related cases, for charges that appear to lack legal bases. She has had no legal representation during her trial.

With Canada’s Supreme Court backing Ecuadorian Indigenous peoples against Chevron, some of the world’s leading environmental groups have thrown their support behind leading U.S. human rights attorney Steven Donziger as the oil giant continues its unprecedented retaliation campaign targeting those who held it accountable for the dumping of billions of gallons of toxic oil waste in the Amazon.

Donziger is widely considered the target of the most well-financed and vicious corporate retaliation campaign in history, with Chevron spending at least $2 billion on 60 law firms to try to undermine him with an avowed “demonization” campaign after he helped Ecuadorian Indigenous peoples and farmer communities win a $9.5 billion pollution judgment in Ecuador. To retaliate, Chevron used fraudulent evidence from a paid witness to obtain a non-monetary “fraud” judgment from a sole U.S. trial judge against Donziger.

That decision, from Judge Lewis A. Kaplan, has been rejected or ignored by 17 appellate judges in Ecuador and 12 in Canada, including by the entire Supreme Courts of both countries. Chevron had fought to have the environmental case heard in Ecuador, where the company was convicted in 2011 of dumping billions of gallons of cancer-causing oil waste that poisoned huge areas of the Amazon and decimated Indigenous groups and farmer communities with a public health catastrophe. (Here is a summary of the evidence against Chevron.)

In the last two weeks, London-based Global Witness put out an alert in support of Donziger, as did U.S.-based Amazon Watch and Rainforest Action Network. 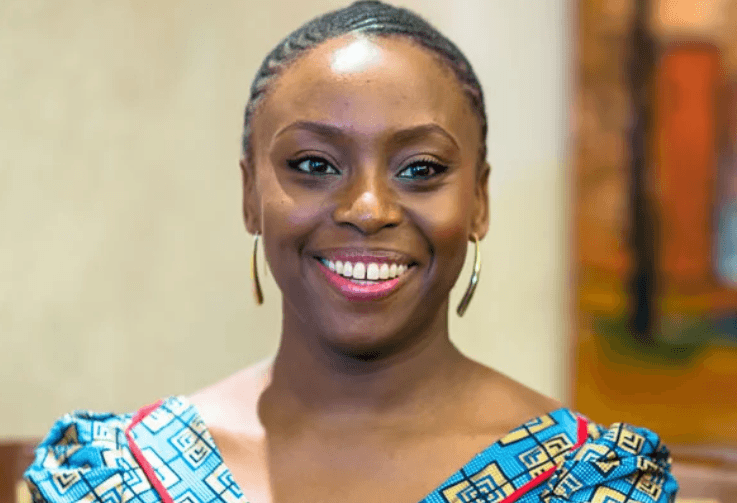 Chimamanda Adichie has been endowed with the 2018 PEN Pinter prize for her outstanding work of literary merit that has defined the truth in human lives and societies.

The critically acclaimed author was given the coveted prize at an award-giving ceremony, which took place at the British Library in the United Kingdom, on Tuesday.

She is the first African to have clinched the award which is focused on defending and promoting freedom of expression, while removing barriers to literature.

At the ceremony, Adichie named Waleed Abulkhair, a lawyer and human rights activist, as the 2018 International Writer of Courage, a title awarded by the PEN Pinter winner each year.

Congratulating the Saudi Arabian lawyer and activist, she said: I am proud to share this year’s PEN Pinter Prize with activist, lawyer and writer Waleed Abulkhair.

“Waleed, like Harold Pinter, has shown a lucid dedication to telling his truth. But rather than being lauded for this dedication, Waleed has paid a heavy price – 15 years behind bars.

“I am deeply proud to share this prize with Waleed and I hope that this small act of solidarity will bring him some comfort, and will remind him that his struggle has not been forgotten, nor will it be in vain.

OHCHR: Basic Principles on the Role of Lawyers

Adopted by the Eighth United Nations Congress on the Prevention of Crime and the Treatment of Offenders, Havana, Cuba
27 August to 7 September 1990

Whereas in the Charter of the United Nations the peoples of the world affirm, inter alia , their determination to establish conditions under which justice can be maintained, and proclaim as one of their purposes the achievement of international cooperation in promoting and encouraging respect for human rights and fundamental freedoms without distinction as to race, sex, language or religion,

Whereas the Universal Declaration of Human Rights enshrines the principles of equality before the law, the presumption of innocence, the right to a fair and public hearing by an independent and impartial tribunal, and all the guarantees necessary for the defence of everyone charged with a penal offence,

Whereas the International Covenant on Civil and Political Rights proclaims, in addition, the right to be tried without undue delay and the right to a fair and public hearing by a competent, independent and impartial tribunal established by law,

Whereas the International Covenant on Economic, Social and Cultural Rights recalls the obligation of States under the Charter to promote universal respect for, and observance of, human rights and freedoms,

Whereas the Body of Principles for the Protection of All Persons under Any Form of Detention or Imprisonment provides that a detained person shall be entitled to have the assistance of, and to communicate and consult with, legal counsel,