Turkey: Turkish court arrests prominent lawyer Kavili over his defense for client in the court

Prominent Turkish lawyer Ömer Kavili, who was detained after his discussion with a judge in a case where the members of Grup Yorum music group have been tried, was arrested by a Turkish court on charges of allegedly insulting the court members. Reacting harshly against the ruling, lawyer Kavili stated that, “lawyers have never bow before the despots and unlawful, and you could not force us for submission.”

According to a report by online news outlet TR724, İstanbul 28th High Criminal Court in Silivri Prison, which has been trying the members of the Grup Yorum, ruled to arrest and sent their lawyer Ömer Kavili to prison on Friday.

The report said that the judges had a procedural dispute with lawyer Ömer Kavili during the hearing on Thursday. Following the discussion, the chief judge of the court asked Kavili to be removed from the court. As Kavili reacted against this arbitrary decision, he was taken out by the security forces which used excessive force. The chief judge also filed a criminal complaint against lawyer Ömer Kavili and lawyer Nadide Özdemir on Thursday.

Lawyers Kavili and Özdemir were detained by gendarmerie as they went to attend in the continuing hearing of Grup Yorum’s trial on Friday in Silivri. Kavili has shared the news about his detention on his personal Twitter account and stated that “I was taken into custody. Yesterday, I was taken out of the court when I wanted to see my client. Now, my entry to the court has been forbidden and I was taken into custody.”

Turkey arrests yet another lawyer: Omer Kavili is the 592nd victim lawyer 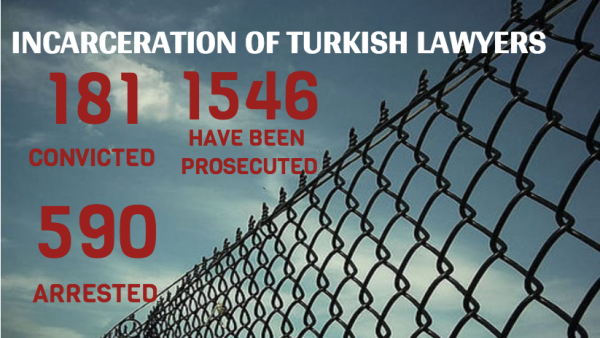