Thailand: Military Court will conduct an inquiry on a civilian lawyer for allegedly disseminating a testimony of a military witness

The inquiry related to the accusation against Mr. Anon Numpha for allegedly disseminating a military prosecutor witness’ testimony in the Mr. Thanakorn Siripaiboon case that legal officers of NCPO alleged him for violating Computer Crime Act and lese majeste and sedition of the Penal Code as a result of his postings about the King Rama IX’s dog and the alleged corruption in the construction of the Rajabhakti Park.

The Bangkok Military Court issued a summons dated 25 September 2018 to Mr. Anon
Nampha to be inquired over allegedly dissimating a military prosecutor‘s witness dated 23
February 2018 without permission of the Court. Nevertheless, an alleged content in the
prosecutor witness is part of the online article in the TLHR’s human rights case update title: “NCPO’s legal officer in sharing alleged corruption in the construction of the Rajabhakti Park and liking related to a dog king’s insult; testifying although he cannot use Facebook but spotted the defendant’s liking FB.” The article reported the Thanakorn case between February to September 2018 which is the public hearing without permission of making a note of any observers.

Regarding Mr. Anon Numpha, he is a lawyer network of TLHR who delicates his effort to
provide a legal aid to political accuses during NCPO’s administration. He has accused in
criminal charges at lease 10 lawsuits for violating the head of the NCPO order No. 3/2015,
alleging the sedition-like offense of Article 116 of the Penal Code, and insulting a court of
Article 198 of the Penal Code. 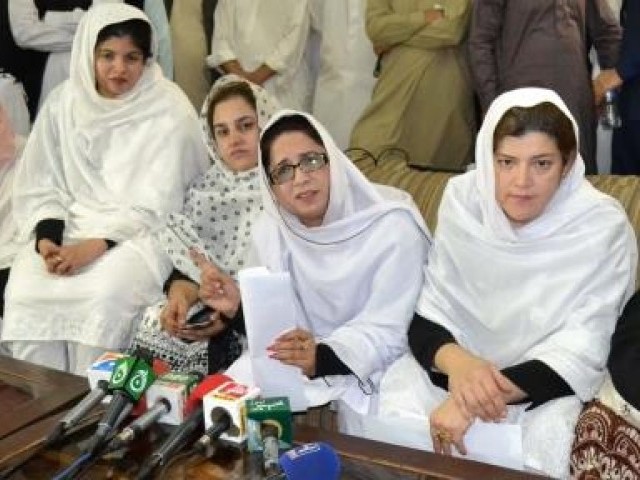 Female lawyers on Sunday demanded immediate arrest of Quetta Assistant Commissioner Sania Safi for allegedly manhandling a group of lawyers over a parking dispute at Meezan Chowk in the provincial metropolis.

Addressing a joint news conference at the District Court after a brawl with the guards of the assistant commissioner, Advocate Qamar-un-Nisa, Advocate Sarod Sultana, Advocate Taj Bibi and others said that district officials “cannot be allowed to harass lawyers”.

They said that the Balochistan High Court and the district administration had allowed lawyers to park their vehicles in front of Bladia Plaza in the evening hours. They said it was for the traffic police to deal with the traffic issues, like parking, and not the assistant commissioner.

The lawyers said that Sania had been nominated in the First Information Report (FIR) for “manhandling lawyers” and slammed her for lodging an FIR against them.

They said that lawyers had decided to boycott court proceedings on October 2. They threatened to stage a protest in front of the CM House against “the non-seriousness of the provincial government on the issue”.

THE highest-ranking police officer in Western Visayas junked insinuations that the recent killings in the region were state-sponsored.

“What state-sponsored? As far as I’m concerned, wala akong natatanggap na directive from Camp Crame or any other individual ordering us that we will kill,” said Chief Superintendent John Bulalacao, Police Regional Office 6 (PRO-6) director.

Some quarters recently inferred that the series of killings of suspected drug personalities could be state-sponsored or ordered by the government.

At an instance, seven alleged drug personalities were gunned down in a span of nine days, starting from the end of August until early September.

The seven fatalities allegedly put up a fight during anti-illegal drugs operations.

After that, the Iloilo City Police Office (ICPO) recorded three cases of killings by motorcycle-riding men.

On Sept. 7, two Tokhang surrenderers were killed in a span of 10 hours.

A short lull happened before another drug personality was killed in another drug buy-bust operation on Sept. 17 in Antique province.

Thing went on a hiatus until Sept 28 when two persons believed to be connected to slain suspected drug personality Melvin Odicta Sr. were also gunned down.

Lawyer Edeljulio Romero, who handled cases against Odicta and other drug personalities, was shot dead at Culasi, Roxas City, Capiz. Six hours later, Bennie Abacajin, 41, who used to work for the slain lawyer, was also gunned down in Arevalo, Iloilo City.