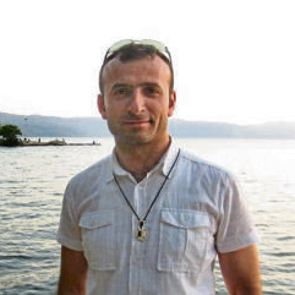 Detained academic and lawyer Hanifi Barış was released following his first hearing on 18 September 2018. The human rights defender faces charges of creating “terrorist propaganda” for posts he published on social media. The criminal proceedings remain ongoing and a travel ban was issued against him, which his lawyer will appeal. His next hearing is scheduled for 13 December 2018.

Hanifi Barış is a member of Academics for Peace, a group which has condemned state violence in Southeastern Turkey and signed the 2016 peace petition “We will not be a party to this crime!”.

On 4 July, Hanifi Barış was arrested by the 10th Criminal Peace Judge. During his interrogation at the Prosecutor’s Office, he was accused of creating “terrorist propaganda” and questioned about his social media posts, which consisted of shared news articles and commentaries from international and local media sources. The human rights defender had not commented on the contents of the links. On 23 July 2018, Istanbul’s 29th High Criminal Court accepted the indictment against Hanifi Barış on the same charges and confirmed his detention. He was held in pre-trial detention for over two months.

#Turkey: scholar Hanifi Barış has been released on probation, but still faces criminal charges and is subject to international travel ban. https://t.co/Fz2p8R9blw via @StockholmCF

#Turkey #UPDATE Detained academic, lawyer and #HRD Hanifi Barış has been released. Criminal proceedings are ongoing and a travel ban was issued against him. He still faces charges of creating “terrorist propaganda” for posts on social media. https://t.co/srC2G13jmz pic.twitter.com/e8wGwOWzrd

Lawyer & academic who also signed the Peace Petition of the Academics for Peace, Dr. Hanifi Barış has been released from prison on the first hearing after 76 days of arrest. pic.twitter.com/uTq3XAqMeM