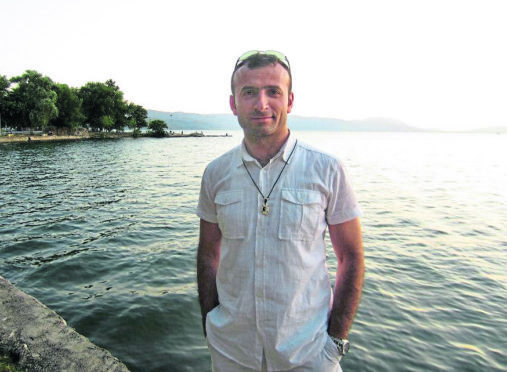 Imprisoned Aberdeen University graduate Hanifi Baris has written a letter of thanks to his supporters across the world.

Mr Baris, who graduated last year, has been confined in a Turkish jail since July, charged with “posting items of criminal content” on his social media accounts.

Turkish news outlet Bianet reported that the “content” was a news report about the Kurdistan Regional Government, and confirmed he had been charged with “propagandising for a terrorist organisation.”

In a letter addressed to friends and colleagues, dated September 11, he shared his thanks.

“[Your support] has been the greatest source of my strength and resilience in here,” Mr Baris wrote.

“Please forgive me for not being able to write to all of you separately, for the time I spend reading and answering your messages is very limited.

Mr Baris had been scheduled to return to Aberdeeen last week as a key-note speaker in a conference at the university’s Centre for Citizenship, Civic Society and Rule of Law (CISRUL).

In his letter, he lamented the fact he was unable to participate or listen to “inspiring talks” from Aberdeen students.

New message of solidarity from Hanifi for you all! Court case confirmed for next Tuesday 18 September at 10.30 a.m. Thank you everyone for such a wonderful display of support. Let’s not give up hope just yet!