Pune police, in early dawn raids on Wednesday in city, have arrested activist advocate Surendra Gadling for his link to the Bheema-Koregaon flare-up in January this year leading one death and statewide Dalit unrest. He was arrested from his residence at Bheem chowk in north Nagpur.

In another simultaneous action, Pune police also conducted searches at the residence of Prof Soma Sen at Bharatnagar. Sen, a leftist activist, is also head of the department of English in RTM Nagpur university. Her husband, Tusharkant Bhattacharya, too had been earlier arrested on repeated occasions for his alleged links with the Maoists.

Sen, whose arrested is also likely, had been under scanner of the intelligence securities for last several years for her associations and activities to support the Maoist ideologies. With university turning blind eyes despite repeated alerts from security agencies, Sen had continued her activities including filing of PIL to support the activists of Maoist ideologies.

Pune police had conducted surprise raids at the residence of several activists, including Gadling, across the state and also in Delhi in April this year for their alleged role behind instigating the Dalit unrest after Bheema-Koregaon clashes. During the raid, police had seized computer hard disks, pen drives and other materials from the residence of Gadling.

We strongly Condemn the arbitrary arrests of Advocate and CRPP member, Surendra Gadling, Dalit Activist and Editor of Vidrohi, Sudhir Dhawale and CRPP Secretary Rona Wilson and raids at the residences of Shoma Sen and Mahesh Raut today early in the morning and his subsequent arrest by Maharashtra Police!
Down with witch hunting of activists and lawyers!
Stop Operation Green Hunt!

Even before their arrest, systematic raids were carried out by the police at their premises early in the morning. It is reported that the above persons are being taken to Pune on transit remand from their respective locations by the Pune police.

All these above persons have been active in various movements and organizations, and have publicly defended the rights of Dalits and various sections of marginalized people. The simultaneous arrests at all India level (Nagpur, Pune, Mumbai, Delhi) by State authorities, smack of predetermined planned attack on people who have been protesting against injustice and atrocities perpetuated by various State and non-State Hindu right-wing groups.

These arrest amounts to blatant violation of citizen’s rights to freedom of expression and voicing dissent, and is clearly a move to target individuals working for rights of the marginalised sections of society, and to produce a chilling effect on voices of dissent.

This has been a standard protocol followed by State for years. Under the garb of countering “Naxalites” any democratic protest is labeled as unlawful activity against the “State.” People are arrested and incarcerated in jail for years. They are subsequently released as the State fails to prove their case. The whole purpose being to crush any protest against injustice, deny people their basic citizenship rights, deprive them even of their basic means of livelihood. Prejudicial narratives that above persons are “maoist sympathisers” or “top maoist operatives” is already underway in the mainstream media.

We are all aware that in the recent violence in Bhima Koregaon area following the Elgar Parishad in January 2018, Mr. Milind Ekbote and Mr. Sambhaji Bhide, both belonging to Hindu right wing organizations, against whom many complaints and FIRs have been lodged, were denied anticipatory bail even by Supreme Court. But the State Government has not arrested them yet. These two pro-Hindutva leaders, have a history of allegations against them for causing communal and caste tensions, rioting, and were alleged to have desecrated the Samadhi of a Dalit icon in Pune on 29th December 2017. Both of them have deep links with the RSS and are clearly being protected by the ruling dispensation. Meanwhile, people who have been protesting against the very violence are being targeted by the government.

We are also aware that Professor Saibaba, who suffers 90% disability from a post-polio paralytic condition, has been lodged in Nagpur jail in most inhuman conditions under similar charges and even denied bail in violation of all fundamental rights and human dignity.

This government has failed to protect people against violence perpetuated against them. It has failed to take even preliminary action against persons like Mr. Bhide and Mr. Ekbote who are implicated in the violence but is trying to suppress people who are protesting against that very violence and have been consistently working for social justice.

We condemn the state reprisals being ordered against the activists and unequivocally demand that Adv. Surendra Gadling, Mr. Sudhir Dhawale, Mr. Rona Wilson, Ms. Shoma Sen, Mr. Surendra Gadling, Mr. Rana Jacob be released immediately and raids being carried out at premises of various activists be stopped. We further demand that Mr. Bhide and Mr. Ekbote be immediately arrested and that the investigation and trial against them be conducted in an expeditious manner. We demand that stringent action be taken against the Hindutva forces spreading communal and caste hatred and violence, and demand justice for victims of the Bhima Koregaon violence.

Kashmir based lawyer and human rights defender Adv Imran G strongly condemned the arrest of lawyers and other activists by Mahrashtra police and termed invoking of draconian laws against them as “highly deplorable.” They further added that , this shows the lack of respect of the Mahrashtra police towards the noble fraternity of lawyers working in judiciary to uphold the rule of law and respect for human rights ”. They also reiterated commitment to uphold the dignity of lawyers and other human rights activists. We don’t expect such things to happen to officers of the court who help in access of justice. We are taking this matter seriously with all the relevant offices to ensure nothing like this happens [again] to any person, Adv Imran G said.

Condemn in the strongest possible terms the arbitrary arrests of Adv Surendra Gadling, Dalit Activist Sudhir Dhawale and CRPP member Rona Wilson and raids at the residences of Shoma Sen and Mahesh Raut today early in the morning by Maharashtra Police!
Down with witch hu.. (cont) pic.twitter.com/0Z7LBLOPxu 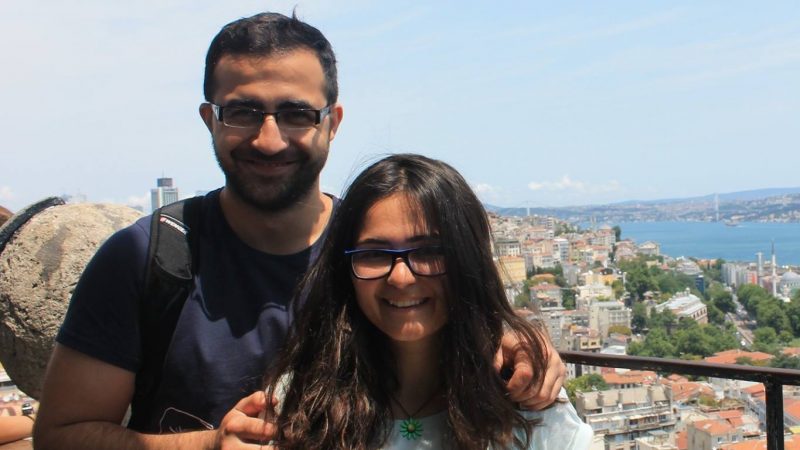 For Emin Aslan, going back to his native Azerbaijan after completing his studies in the US meant seeing his friends, and marrying his fiancée.

As a human rights lawyer, he worried that he might be detained once in Azerbaijan. Prior to leaving the country, he had worked with local non-government organizations and had prepared multiple complaints brought before the European Court of Human Rights on behalf of Azerbaijani citizens.

But after answering a few questions from authorities, he crossed the border and passed through customs. There was less to fear. Or so he thought.

Then everything changed. For me, it began with a message on my phone’s screen: “Emin Aslan detained”. It took me a minute to process this news about my friend. I had just spoken with Emin’s fiancée two days before and we had made plans to see one another in the coming months. How could it be? The news started circulating online just a few minutes later.

For more than twelve hours, Emin Aslan’s whereabouts were unknown. Family members called one police station after another, only to be told that police did not know where Emin was being held. But as his friends and allies began to put the pieces together, the answer became clear.

His name is Emin Aslan.He just returned back from his studies in the US where he got his master’s degree from University of Syracuse detained by the police today in Baku. Emin’s whereabouts is still unknown.Latest Political prisoner from Azerbaijan. So far Azerbaijan has more than 200 Pol-prisoner. from worldpolitics

Emin is my student–he is an excellent person and wise student. He graduated only recently. Please help keep the pressure on Azerbaijan by retweeting this and keeping his profile high. https://t.co/r29Xk5ZYEp