There has been a large coverage of Kashmir by the Indian media, which has been primarily distorted and contra- factual. IAPL therefore, decided to hold the fact finding focusing on the conditions and experiences of lawyers and functioning of the legal system, in the background of the conflict situation. A team of 15 lawyers, belonging from different regions of India, including Punjab, Haryana, Chandigarh, Delhi, Bihar, Jharkhand, Chhattisgarh, Maharashtra, Andhra Pradesh, and Telangana has come to Kashmir and conducted a fact finding from May 23 to May 27, 2018. During the course of fact finding, we visited and met Bar Associations of the Kashmir High Court, Baramulla, Handwara, Kupwara, Ganderbal, Budgam, Shopian, Islamabad (Anantnag), Pulwama, and Chairperson of SHRC. The team also interacted with local lawyers, activists, human rights defenders and victims of gross Human Rights violations in various districts. The final report will be prepared and released soon. Some of the preliminary findings of the fact finding are the following:-

(I)          Lawyers in Kashmir are working in very difficult circumstances while trying to bring some semblance of the Rule of Law. We were shocked to find that apart from facing threats, intimidation, illegal detentions and arrests, many have been subject to torture and killings, while discharging their professional responsibilities.

(II)        The Lawyers are exhausting all local remedies available to them in fighting this uphill battle and face little or no success. This is partly due to the interference by executive, police, administration, and armed forces in independent functioning of the judiciary, and also partly due to deliberate non-compliance of judicial orders.

(III)      The extra-ordinary laws in force in J&K give immunity to perpetrators leading to a culture of Impunity, resulting in the collapse of the justice delivery system to victims of Human Rights violations.

The last week of May every year is recognized internationally as the International Week of the Disappeared. This week provides an opportunity to remember the disappeared, and acknowledge the struggle of their families. It is also an occasion to recommit to the fundamental right not to be subjected to enforced disappearances, the right to know the truth and the right to justice and reparation. It is an occasion to continue to demand that governments sign, ratify and implement the International Convention for the Protection of All Persons from Enforced Disappearance and criminalize the practice of enforced disappearances.

Today on eve of the International Week of the Disappeared Association of Parents of Disappeared Persons in association with IAPL – Indian Association of People’s Lawyers (IAPL) underlines that Indian State continues to remain in denial of the ongoing international movement against enforced disappearances. Following the commission of widespread and systematic enforced disappearances of more than 8000 persons in Jammu and Kashmir, the government has chosen to protect itself and its own forces by disregarding the very existence of the crime itself. Concerning enforced disappearances, the government has not ensured an alternative independent investigative mechanism and has instead preferred to subject the victims to a system that continues to promote impunity. Moreover, despite repeated recommendations from the State Human Rights Commission (SHRC) for a comprehensive forensic investigation into 7000+ unknown, unmarked and mass graves, found across various districts of Jammu and Kashmir, the government seems to be unwilling to initiate any such effective inquiry.

Despite a consistent campaign by the parents and relatives of disappeared persons, no action has been taken. The government has failed to investigate enforced disappearances, bring the perpetrators to justice and provide reparations to the families. The government so far has been disinclined to set up a Commission of Inquiry which has been a recurrent demand of APDP. Due to the continued denial, the families of disappeared particularly half widows and their children continues to suffer endlessly.

Since the Indian government and governments of J&K have ignored the plight of two hundred thousand relatives of the disappeared people, therefore it is the responsibility of Indian civil society as well as international community to intervene and hold the government of India, a claimant for permanent seat in the UN Security Council, accountable for more than 8000 enforced disappearances and existence of 7000 unknown, unmarked and mass graves in J&K.

APDP together with IAPL would like to call upon the government of India to act as per principles of law and justice, enquire into all the cases of enforced disappearances, ensure speedy justice to victims and prosecute the perpetrators of enforced disappearances. The association on the eve of the International week of disappeared once again pledges to continue its struggle and commemoration of the disappeared loved ones until the truth is revealed and justice delivered. 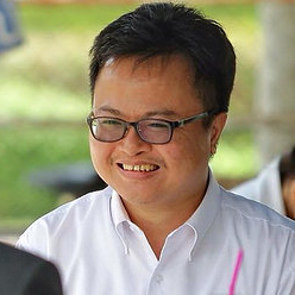 Anon Nampa is is a human rights lawyer who works with Thai Lawyers for Human Rights. He has defended numerous individuals accused of lèse-majesté under Article 112 of the Criminal Code, including the jailed human rights defender Jatupat Boonpattararaksa.

On 22 May 2018, fifteen pro-democracy human rights defenders, including Anon Nampa, Rangsiman Rome, Sirawith Seritiwat, Chonticha Jaengrew and Piyarat Chongthep, were arrested and charged with sedition, with violating the junta’s ban on political gatherings of five people or more, and under the Road Traffic Act for participating in peaceful pro-democracy demonstrations in Bangkok.

As part of a peaceful rally marking four years since the military coup, the human rights defenders had been demanding that the military junta step down and that general elections be held no later than November this year. The military government has repeatedly gone back on its promise to hold elections. With the arrest of three Pratapgarh residents, the UP Special Task Force (STF) on Friday claimed to have worked out the sensational murder of lawyer Rajesh Srivastava in Allahabad on May 10.

Police said the lawyer’s murder was fallout of a dispute over illegal construction on a drain by owner of Crown Plaza hotel Pradeep Jaiswal.

Jaiswal was earlier arrested and is the main conspirator in the crime.

In April 2018 Colombian human rights lawyer Luis Guillermo Pérez visited Europe in order to submit evidence to the International Criminal Court (ICC) on the killings on human rights defenders in Colombia. 2017, the first full year since the signing of the peace agreement in Colombia, was the deadliest on record for human rights defenders, with 121 killed, compared with 60 killings in 2016. The communication argues that the ICC should open an investigation because the Colombian government is failing to investigate the crimes properly and constitute a crime against humanity. In London Luis Guillermo was able to present the ICC communication to different sectors (including members of the Alliance for lawyers at Risk, FCO officials and parliamentarians) and to raise awareness of the situation for human rights defenders in Colombia.

“Colombia is one of the most dangerous countries for human rights defenders. Violent repression of trade unionists, land rights and environmental activists, community leaders,  lawyers, LGBTI activists, journalists and others who stand up for rights is widespread and systematic.” – ICC Dossier from CAJAR and The ECCHR.

Luis Guillermo Pérez Casas is a lawyer with the Colectivo de Abogados José Alvear Restrepo (CAJAR), based in Bogotá. For over 30 years, the work of CAJAR’s lawyers has resulted in landmark decisions that have improved access to justice for many victims of the country’s long-running conflict. They have faced many serious threats for this work, including the assassination of their founder Eduardo Umaña Mendoza and being publically identified as “military targets” by death squads. PBI has accompanied the collective since 1995; monitoring the security situation of the lawyers and thanks to PBI’s international networks, members of CCAJAR have been able to raise their security concerns in front of a wide range of stakeholders.

District Bar Association strongly condemned the kidnapping of lawyer Hira Lal Meghwar few days ago from his shop in the limit of Kot Ghulam Muhammad and boycotted the court proceedings on Friday. Lawyers gathered in the bar room and held condemned meeting presided by its president Jan Ali Junejo while speaking at the meeting General Secretary Shoukat Rahimoon condemned strongly the above incident has demanded the immediate safe release of the lawyer and arresting of the involved culprits.

Hira Lal’s relatives have registered the initial report in Kot Ghulam Muhammad police station. However, despite passing two days to this incident no any clue was appeared to the police.

On Wednesday (May 2nd), the Cairo Criminal Court renewed the detention of human rights lawyer Ibrahim Metwally for 45 days pending investigation in case number 900 of 2017.

On 10 September 2017, the Egyptian authorities arrested Metwally while traveling abroad to present his complaint about the disappearance of his son, “Amr Ibrahim,” who disappeared since the events of the Republican Guard on July 5, 2013, and charged with “leading a group founded contrary to the Constitution and the law, False in foreign bodies “and deported to the prison of Tura guard 2” al-aqrab 2 “.