Brazil: Escalating threats against lawyer Rivelino Zarpellon in the state of Pará 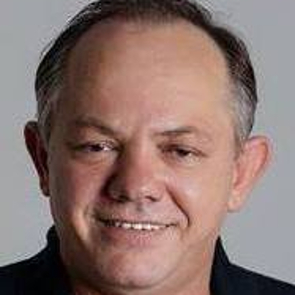 Since the end of 2017, human rights defender Rivelino Zarpellon has been the target of surveillance and threats. Between the end of April and the beginning of May 2018, the homes of several of the defenders’ friends and relatives were visited by unknown men, travelling on motorcycles, who said they were looking for Rivelino Zarpellon. On 10 May 2018, the defender recorded the incessant passage of a suspicious motorcyclist on the street where he lives.

Rivelino Zarpellon is a human rights defender and a lawyer of 18 years. He is a legal advisor to the Union of Workers in Public Education of the State of Pará (SINTEPP) and the Union of Workers in Health in the State of Pará (SINDSAUDE). He is also the President of the Human Rights Commission of the Brazilian Bar Association (Xinguara Subsection). The human rights defender, who has been particularly active in the state of Pará, has worked on many emblematic cases, including cases of corruption that led to the dismissal of several judges in Pará’s Xinguara District.

In conjunction with the Pastoral Commission of the Land of Pará (CPT-PA), Rivelino Zarpellon has also been working on the case of the Pau D’Arco Massacre, where 10 rural workers were killed by police officers in May 2017. He was present during the plea bargain testimonies of two of the police officers involved in the massacre. Late last year, excerpts of the video of the testimonies were leaked and circulated in Whatsapp groups. Rivelino Zarpellon, who appears  in the leaked videos, began receiving threats shortly afterwards and he heard rumours that his name was on a list of “people marked to die”. The Federal Human Rights Defenders Program (PPDDH) was made aware of the threats and at the end of 2017 Rivelino Zarpellon was temporarily relocated outside of his hometown of Xinguara. 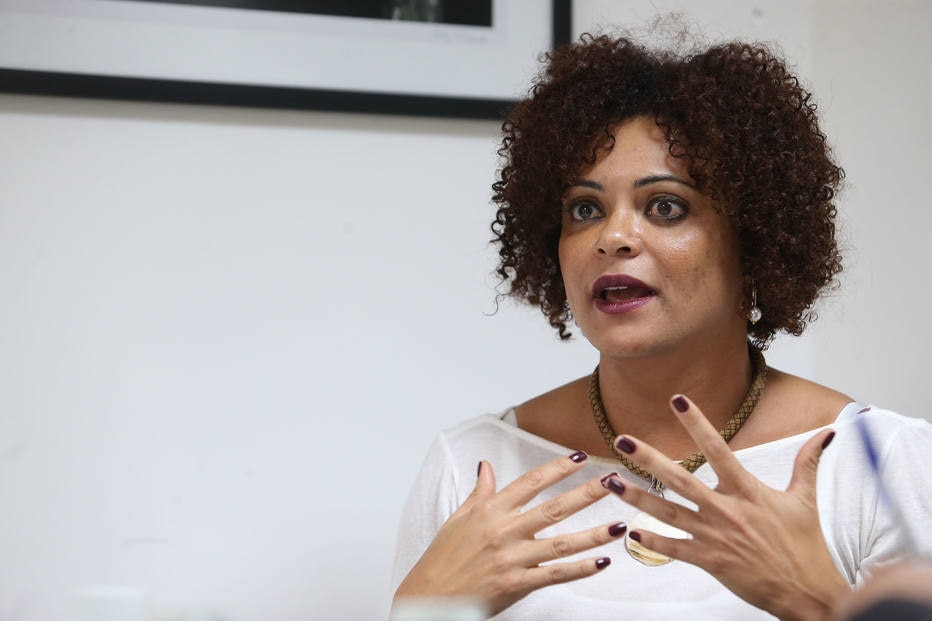 (N.B. 110 judges involved with the anti-corruption Lava Jato investigation are threatened and they must now be escorted to and from their work by the police.) Detectives have arrested four people, including a lawyer, after they allegedly wrote to police seeking criminal investigation into the death of Akbar Adoko Nekyon.
Nekyon, a cousin of former president Dr Milton Obote, died on May 4.
Police officers arrested and detained Mr Adam Makmot, a lawyer, Ms Mariam Akullo, a relative of Nekyon, and two other men, who had gone to CID to rescue the duo on Thursday.
The four were arrested over what the police said was uttering false documents.

Directorate of Criminal Investigations spokesman Vincent Ssekatte confirmed the arrest of Mr Makmot, Ms Akullo, and two others men.
“Mr Makmot appeared on Thursday at CID headquarters at Kibuli [in Kampala] and we interviewed him. However, there are a few issues we didn’t complete. That is why he was detained. Akullo is also detained and she has given us important information about the issue. We still need more information from her,” Mr Ssekatte said on Friday.
The police say Mr Makmot wrote to CID on behalf of Akullo on May 8, asking them to investigate the death of Nekyon, claiming it wasn’t due to natural causes and cited foul play.

ULS Pres. @SPKinobe2018 & @ULSCEO paid a visit to Jinja Rd PS to meet with Counsel Adam Makmot who contrary to the Constitution has been held for over 48hrs. The President vowed to push for the Law to be fully respected for all Ugandans to promote #RuleOfLaw.#BuildingBridges pic.twitter.com/qUySeAExr5

The SSP has ordered an investigation into an allegation that a Delhi-based woman lawyer was allegedly detained inside Sihani Gate police station for more than four hours on the night of May 17. Her collegaue in a legal firm, representing a client along with her, was allegedly roughed up by cops.

A complaint had been lodged in Sihani Gate police station on May 18. The inquiry was ordered after scores of lawyers met Ghaziabad SSP Vaibhav Krishna on Saturday, alleging no case had been registered despite the complaint being filed. 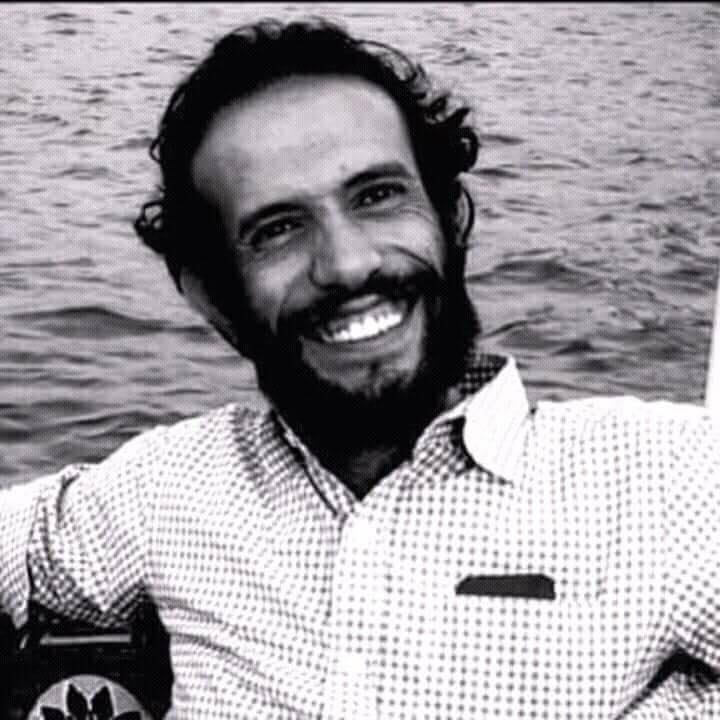 Egypt’s state security prosecutor on Saturday ordered a prominent activist detained for 15 days for investigation on charges of involvement with a banned group and inciting and taking part in illegal protests, rights lawyers said.

Haitham Mohamedeen, a leftist lawyer, was taken from his home on Friday, security sources said, the latest in a number of arrests of activists in recent weeks.

At least 20 people have been detained by security forces over protests against a rise in metro fares, and they are being investigated on charges that include disturbing the peace and obstructing public facilities.

Mokhtar Mounir and Mohamed Hanafi, two rights lawyers representing Mohamedeen, told Reuters he was under investigation for “participating in the activities of a banned group while knowing its objectives” and “using the internet to incite terrorist acts,” charges he denies. The prosecutor did not identify the banned group, Hanafi said.

Mohamedeen had been detained at least twice in the past, once in 2013 on accusations of belonging to a secret organization and spreading lies about the military, and again in 2016 for calling for protests against the transfer of two Red Sea islands to Saudi Arabia.

His detention follows those of other prominent activists.

On Saturday (May 19th), the Supreme State Security Prosecution decided to imprison political activist Haitham Fawzi Mohammadin, a lawyer and member of the Revolutionary Socialist Movement, in the investigation of case 718 of 2018.

In the early hours of Friday, May 18, security forces in Giza arrested Haitham Mohammadin from his family’s home in Al-Saf center in Giza and took him to an unknown destination.

State Security Prosecution ordered the detention of labor lawyer Haytham Mohamadeen for 15 days, pending investigation into accusations of furthering the activities of a terrorist group and inciting protests over the raising of metro prices, according to lawyer Mokhtar Mounir pic.twitter.com/tOZdtU6LLK

On May 18, information was gathered that an interstate sharpshooter Ahmed will come in Jamia Nagar to meet his acquaintance and will be carrying illegal weapon.

A trap was laid at Sailing Road near Jamia Nagar. At about 5.30 pm, one person was seen coming from Kalindi Kunj side. On seeing the police, he started running but was apprehended after a brief chase, said DCP Chinmoy Biswal (South East).

On his search, one loaded country-made pistol and five live cartridges were recovered, Biswal said.

India/Jammu: Deepika Singh Rajawat, we are with you! (PETITION) After details of the brutal gangrape in Kathua became public, we cannot imagine how difficult it must be for you to do your job to ensure the accused get convicted! We’ve been reading articles, listening to debates on primetime TV, and following news on social media — this eight-year-old Bakkarwal girl has grabbed the nation’s attention. Nothing we do can ever get her back, but what we can do is hope for speedy justice. And this is why your job is of utmost importance right now.

Ms Rajawat, in this period of distress, when you feel intimidated by one hundred people, remember that lakhs of Indians are with you.

You are doing the right thing, and your passion to ensure justice is given to the family in Kathua against all odds is a beacon of hope for the rest of us. We send you our encouragement, hope and strength to come out of this legal battle standing tall.

Lawyers and activists like you fighting for justice are subject to intimidation and pressure. It’s human nature to feel threatened and to back down. But it takes courage and determination to not let it not bother you.

The Saudi authorities arrested a number of activists on Tuesday, May 15, just a day before the Holy Month of Ramadan began. The authorities launched a series of raids and searches of activists’ homes, then arbitrarily arrested them in a manner calculated to humiliate the detainees and frighten family members in their homes.  The authorities arrested: Dr Ibrahim al-Mudaimeegh, Professor Eman al-Nafjan, Professor Aziza al-Youssef, leading activist Loujain al-Hathloul, activist Mohammed al-Rabiah,Dr Aisha al-Mana, activist Madiha al-Ajroushand others.

Also arrested at this same time was Dr Ibrahim al-Mudaimeegh, a former member of the Saudi Council of Ministers’ Commission of Experts and Saudi Arabia’s most prominent and best known lawyer.  Mudaimeegh has handled the defence pro bono in some of the most sensitive cases in the country, and took on the cases of several members of the Saudi Civil and Political Rights Association (ACPRA).  He defended human rights activist Waleed Abu al-Khair, Mohamed al-Oteibi, Abdullah al-Atawi, Essam Koshak, Essa al-Nukhaifi and many other prisoners of conscience.  He has spoken out against Israeli crimes toward the Palestinian people and on other human rights issues, which led authorities to force him to close down his Twitter account in November 2017.  On May 5, 2018, Mudaimeegh went to the airport on his way to get medical treatment abroad but found himself unexpectedly prevented from travelling, and when he tried to ascertain the reason for the travel ban he was met with personal abuse and threatened with arrest for asking why he had been banned from travelling. He continued to be harassed and threatened until being arrested on Tuesday.

BREAKING NEWS: #New_Wave_of_Arrests Ibrahim al-Madaimigh, the celebrated Saudi lawyer who defended many activists and prisoners of conscience including members of the human rights group #ACPRA, has been arrestedhttps://t.co/qQ6Tgc0qlL pic.twitter.com/RoLjxxMa9t