Istanbul-based lawyer Sibel Sevinç Deveci has been sent to prison by an İstanbul court due to her postings, deemed to be making propaganda on behalf of the Gulen group.

The group is accused of masterminding a coup attempt in 2016.

Deveci was detained at his home as part of an investigation in Istanbul on Tuesday.

Her detention came three days after he tweeted: “As a judicial member I know that they will try to pretend like they did not supported the AKP. It will happen very soon. Do not forget.” These postings has drawn harsh reaction from pro-government social media accounts since then.

Deveci is accused of making propaganda for the Gulen group, which the Turkish government blames for the July 15, 2016 failed coup. The group denies involvement in the failed attempt.

Hurriyet newspaper said Deveci also posted, at the night of the coup, the following tweets: “We have nothing to do on streets. The soldiers belong to us”, “Nothing bad comes from whatever our soldiers do”, “They are trying to Turkish soldiers against our soldiers”, ”They are calling on everybody including the President, Interior Minister and AKP provincial heads to get to the streets”, “ Do not dare.”

About 5000 judges have been fired, Neslihan Ekinci was among them. Because of being kept in solitary confinement in prison for 22 months, her psychological health seriously deteriorated. She eventually said "Neither Ms.Judge nor Neslihan remains as the rest of me"@CarolineLucas pic.twitter.com/pxdCLmk9z3 Appeals have been filed at the High Court regarding the Supreme Court Chief Justice Abdulla Saeed and Justice Ali Hameed’s prison convictions.

The appeals are for the one year, seven months, and six days jail term imposed on both Justices on the 10th of May for influencing the conduct of a public official, and the four months and 24 days in prison imposed on Saeed on the 24th of May for interfering with functions of the government.

While Saeed is doing time for a total of two years in incarceration, several other allegations have also been raised against him including terrorism and accepting bribes. for which the trials have already begun. 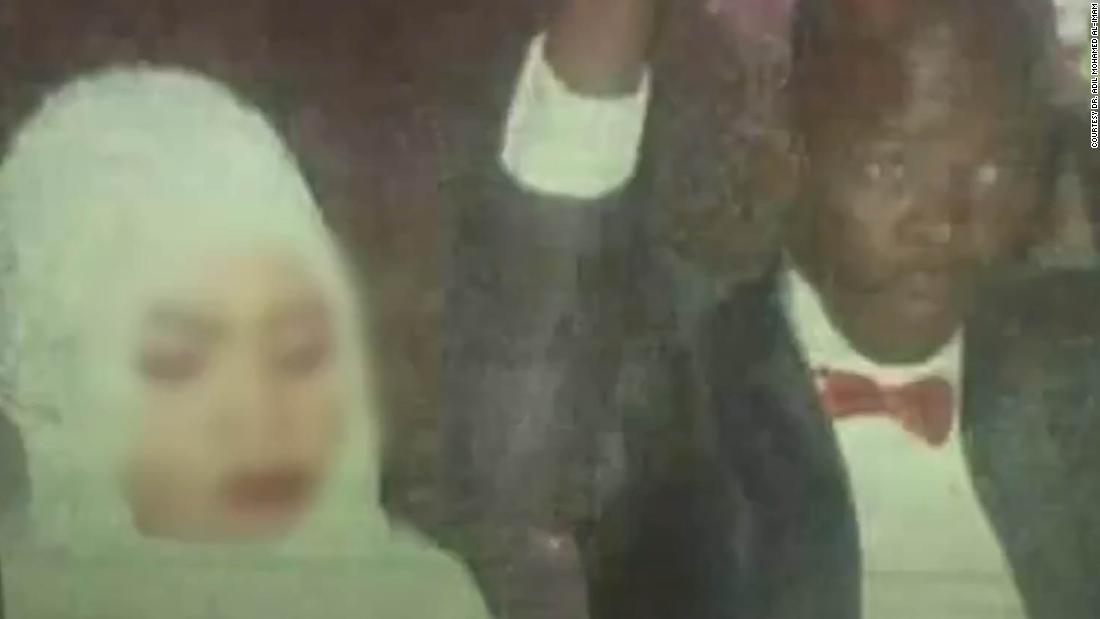 Five days after a 19-year-old Sudanese woman was sentenced to death for killing the man she was forced to marry, her lawyer was barred from holding a news conference amid an intensifying campaign of intimidation, activists told CNN.

Noura Hussein was imprisoned in Omdurman, Sudan, last year after fatally stabbing her husband, who she says raped her as his relatives held her down.
On Wednesday, Sudanese security forces came to the office of Hussein’s lead attorney, Adil Mohamed Al-Imam, just hours before he was due to brief the media on the latest developments in the case, activists said.
“The National Intelligence Security Services ‘NISS’ banned the press conference and ordered Noura’s defense team to cancel it,” Nahid Gabralla, director of SEEMA, a non-governmental organization working with victims and survivors of gender-based violence in the capital, Khartoum, said in a statement.
Women’s rights activist Amal Habani, coordinator of No Oppression Against Women Initiative Sudan, also confirmed that security forces came to Al-Imam’s office Wednesday morning. Both Habani and and Gabralla were in touch with Al-Imam on Wednesday.

Ghana: Lawyer Sosu’s suspension: Court to give judgement on May 29

The Human Rights Court 1 presided over by Justice Gifty Agyei-Addo, has set May 29, 2018 as Judgement day on one of Lawyer Fracis-Xavier Sosu’s case against the General Legal Council (GLC).

This follows the hearing of an Application for Judicial Review filed by Lawyer Sosu on November 3, 2017. In the said suit numbered HR/0098/2017, the suspended lawyer challenged the basis of his charge, conviction and suspension.

In moving the Application, his Lawyer, Johnson Normesinu, who was holding brief for Samuel Codjoe maintained that the Disciplinary Committee of the GLC constituted itself into complainant, prosecutor and judges in their own cause in clear breach of the rules of Natural Justice and article 23 of the constitution.

Turkey: L4L and FTW in Istanbul for hearings

On 10 May 2018, three hearings were held in Istanbul in cases against lawyers that are suspected of terrorism-related crimes: the KCK-case, the ŐHD-case, and a new case (Cizre-protest). Representatives of Lawyers for Lawyers (L4L) and Fair Trial Watch observed two of those hearings, together with observers from the United Kingdom, Norway, France, Germany, Switzerland, Italy and Spain. They were accompanied by Nardy Desloover, ex-president of the Rotterdam Bar Association, who represented the Dutch Bar Associations.

Since the attempted coup in July 2016, 1.539 lawyers have been persecuted in Turkey. 580 Lawyers have been arrested and 103 lawyers have been sentenced to imprisonment, all for terrorism-related charges (Source: “Incarceration of Turkish lawyers | En masse arrests and convictions”, The Arrested Lawyers Initiative, April 2018, see www.arrestedlawyers.org). Many lawyers are defendants in more than one case.

From conversations with lawyers and organizations in Istanbul, the observers learned that the situation of lawyers in Turkey is still very difficult. All accused and detained lawyers are obviously severely hindered in defending their clients. The accusations and the arrests also have a chilling effect on other lawyers.

The first hearing was the 16thhearing in the KCK-case (ˈKCK Lawyers Trialˈ): the case that started with the arrest of 46 lawyers in November 2011 and is still pending in court. The accused lawyers all represented PKK-leader Abdullah Őcalan and are charged with membership of a terrorist organization and terrorism-related activities. Some of the lawyers had been in pre-trial detention for almost 2,5 years.

China: Communist Party’s Suppression of Lawyers Is a Preemptive Attack Against an Imaginary Threat

Beginning last year as the 709 crackdown gradually petered out, the government’s hands were freed up, and they decided to do something about the ‘unconventional lawyers’ (非常规律师) they kept seeing. They have since been targeting these lawyers using a combination of methods that aim at terminating their professional lives. These include straightforward revocation or annulment of legal licences; forcing lawyers to transfer law offices but then gumming up the process so they end up with no place of employment; delaying lawyer annual assessments and more. The community has felt the blow and the sting.

The reason I place these targeted lawyers under the term ‘unconventional’ is because the scope of targets in this round of assault is fairly broad: there are the human rights lawyers like Sui Muqing (隋穆青), Zhu Shengwu (祝圣武), Wen Donghai (文东海), Xie Yanyi (谢燕益), Li Chunfu (李春富), Huang Simin (黄思敏) and so on — the standard group on the receiving end of punishment from the government — and then there are those like Yang Jinzhu (杨金柱), who has experimented with his own performative lawyering, and been called an unorthodox lawyer in the ‘diehard’ school (死磕派)[1]; and finally the orthodox diehard lawyers like Zhou Ze (周泽) and Wang Xing (王兴).

Of course, this taxonomy may itself be problematic. Many diehard lawyers have taken on human rights cases, and human rights lawyers are diehards when fighting in court for procedural justice. Moreover, rights defense lawyers and diehard lawyers have been constantly adaptive. Nevertheless, there is a difference in inclination between the two groups, and most importantly, in the political spectrum of lawyers as imagined by officialdom, the difference between these lawyers does exist.

Latest Data and Development of Cases as of 1800 17 May 2018
As of 18:00 17 May 2018, at least 322 lawyers, law firm staff, human right activists and family members have been questioned, summoned, forbidden to leave the country, held under house arrest, residential surveillance, criminally detained or arrested.