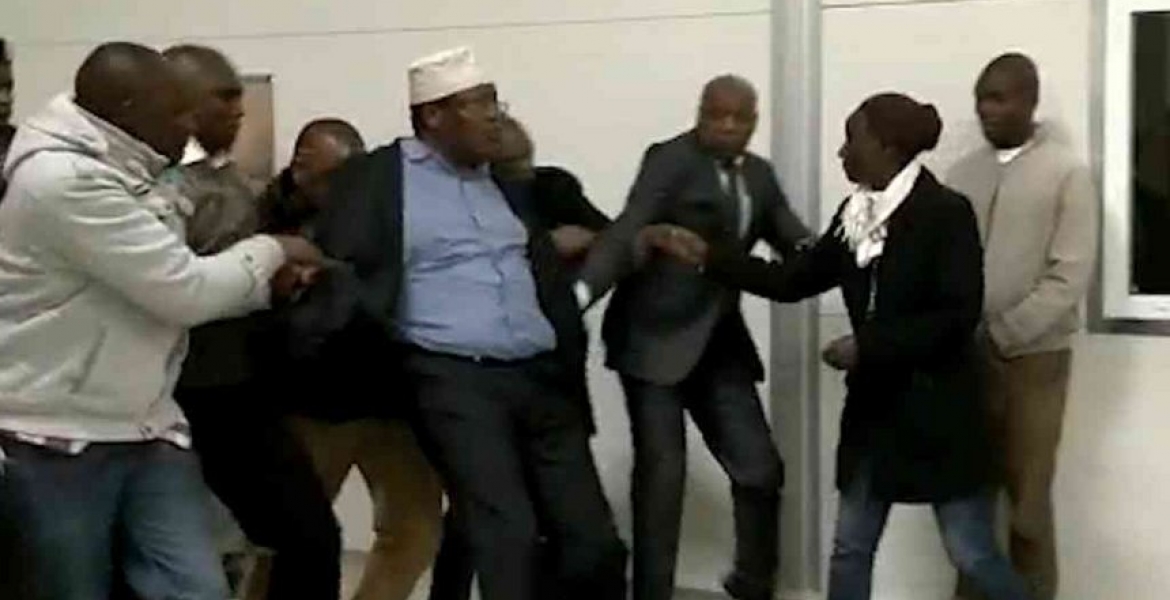 A fresh showdown between deported lawyer Miguna Miguna and State authorities looms at the Jomo Kenyatta International Airport (JKIA) when the former returns to the country on Wednesday.

Miguna announced he will return to the country from Canada on Wednesday, May 16th after he was kicked out of the country for the second time on March 28th.

“May 16, 2018, my return date to my motherland is now engraved on granite. Thanks patriots, #NRMKe comrades, colleagues like Stuart Russell, for keeping the flame alive. We shall triumph,” the lawyer tweeted on May 5th.

Last week, the Kenya National Commission on Human Rights (KNCHR) wrote to Immigration Principal Secretary Gordon Kihalang’wa asking him to issue Miguna with a passport and purchase an air ticket for his return.

However, responding to KNCHR letter, Kihalang’wa has informed the Commission that the department will undertake none of the demands. This signals to a possible confrontation between Miguna and Immigration officials when he lands at JKIA next week.

“The department cannot issue Mr Miguna with a valid Kenyan passport as he has not made any application for the same. Moreover, and without prejudice, we reiterate that Mr Miguna has to regain his Kenyan citizenship before being issued with a Kenyan passport,” Maj-Gen Kihalang’wa says in the letter dated May 10th.

To the @dailynation, this report is totally unethical and inhumane. I was brutalised, tortured, sedated and forced into exile by barbaric tyrants, yet you make it look like it was some kind of joke. A disgraceful media pandering to tyrants. https://t.co/lm3iwNNekB

Let me summarise the main reasons why I must enter Kenya as a Kenyan and not as a foreigner since some people keep asking the same questions, perhaps maliciously or out of ignorance.