The Maldives government should immediately drop politically motivated charges against two Supreme Court justices and release them from detention, Human Rights Watch said today. On May 10, 2018, Chief Justice Abdulla Saeed and Justice Ali Hameed were sentenced to one year, seven months in prison on charges of influencing court rulings. Saeed was also sentenced to five months in prison on obstruction charges earlier this week, and both justices face additional charges of terrorism.

The judges were arrested on February 6, along with a judicial administrator and former President Abdul Gayoom, during a state of emergency declared by President Abdulla Yameen in response to a Supreme Court ruling.

“To retain his hold on power, President Yameen has used every trick in the book, from accusing political opponents of terrorism to jailing justices of the Supreme Court,” said Brad Adams, Asia director. “Donors and influential governments should send Yameen a clear message to end the attacks on fundamental rights and the country’s democratic institutions.”

The current political crisis was sparked by a Supreme Court ruling on February 1 that overturned the convictions of nine members of the opposition, including former President Mohamed Nasheed, the country’s first democratically elected leader, who had been sentenced to 13 years in prison on terrorism charges in 2015. The United Nations Human Rights Committee recently called for his release after determining that the case violated Nasheed’s rights to a fair trial and political participation under the International Covenant on Civil and Political Rights. After the Supreme Court ruling, Nasheed, who had been granted asylum in the United Kingdom, declared he would contest the presidential elections slated for September. 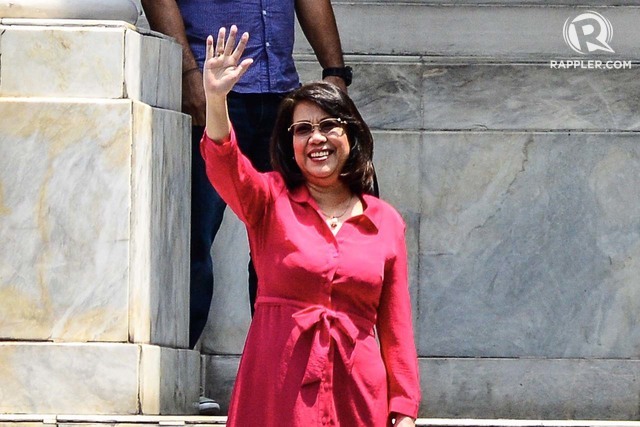 In an unprecedented and historic move, the Supreme Court (SC) ousted Chief Justice Maria Lourdes Sereno on Friday, May 11.

Voting 8-6, the SC en banc granted the quo warranto petition to remove Sereno from office on the basis of an invalid appointment. The decision is “immediately executory without need for further action,” SC Spokesperson Theodore Te said during Friday’s press briefing.

Nine of the justices said she violated requirements on the Statement of Assets, Liabilities, and Net Worth (SALN). The same number of justices ruled that quo warranto was the proper remedy in the ouster of Sereno.