Turkey’s Kurdish opposition presidential candidate, who is challenging President Tayyip Erdogan from behind prison bars, said a fair vote in next month’s election was impossible under the state of emergency. 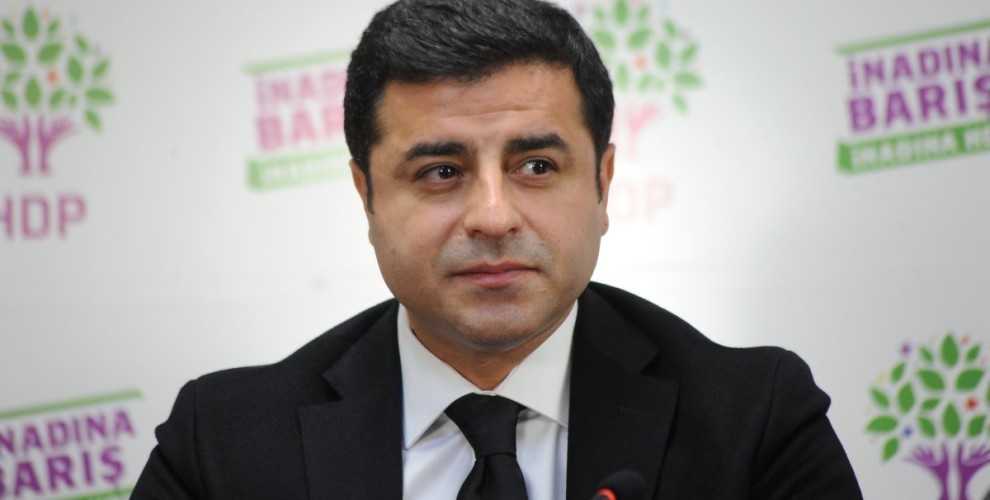 In his first interview with international media since being named as candidate by his Peoples Democratic Party (HDP) on Friday, Selahattin Demirtas told Reuters opposition parties will face huge obstacles campaigning for votes.

“Demonstrations are banned, talking is banned, criticizing the government is banned, even defending peace is considered terror propaganda,” he said. “Hundreds of opposition journalists are arrested, dozens of TV and radio channels are closed.

“It is impossible for there to be fair elections in such an environment,” Demirtas said in a hand-written response to questions submitted by Reuters to his lawyers.

Demirtas and the HDP face even greater challenges than other opposition parties in running against Erdogan, Turkey’s most successful modern politician. The party’s former co-leader has been in jail for a year and a half on security charges and faces up to 142 years in prison if convicted.

Announcing his candidacy on Friday, the party released images of a visibly thinner yet smiling Demirtas dressed in a white shirt and black trousers in the courtyard of his prison in the northwestern province of Edirne.

A human rights lawyer by training, he is one of Turkey’s best-known politicians, winning votes beyond his core Kurdish constituency in the 2015 election to turn the HDP into the second-largest opposition party in parliament.