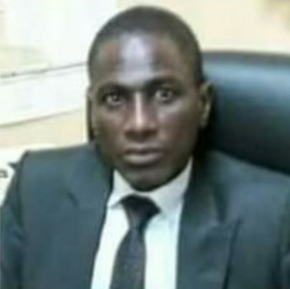 I am writing to you on behalf of the Council of Bars and Law Societies of Europe (CCBE), which represents the bars and law societies of 45 countries, and through them more than 1 million European lawyers. The CCBE places great emphasis on respect for human rights and the rule of law, and is particularly concerned with the situation of human rights defenders around the world.
The CCBE would like to express its concern on the situation of lawyer Botagoz Jardemalie
whom has been granted political refugee status in Belgium.
According to the information received, Ms Jardemalie has been targeted by the alleged misuse of Interpol’s Red Notice system and politically motivated prosecution in Kazakhstan, Russia and Ukraine, and, more recently, has been the victim of a kidnapping plot in Belgium, which has been investigated by the Belgian Federal police.
We understand that in November 2017, the brother of Ms Jardemalie, Iskander Yerimbetov was arrested in Kazakhstan, where he is being held in pre-trial detention. As reported by a monitoring mission of human rights defenders, who visited Mr Yerimbetov following an inquiry by the UN Special Rapporteur on Torture Nils Melzer1
, Mr Yerimbetov was subjected to torture during the detention, most likely with the purpose of compelling his sister to cease providing assistance to the opposition politician Mukhtar Ablyazov and other victims of political prosecution by the Kazakhstani regime.2

Pakistan: Judges in the line of fire

The judiciary is damned if it does and damned if it doesn’t. While hearing high profile cases, uncompromising judges and their families are vulnerable to countless threats. This includes intimidation, kidnapping and assassination attempts through shooting and bomb attacks. The firing on the residence of Justice Ejaz-ul-Ahsen, the monitoring judge in the ongoing NAB references against the Sharif family, their close aides and the former federal Finance Minister Ishaq Dar, a proclaimed fugitive in the highly has raised many questions — not to mention alarm.

The judge — whose house was attacked twice in less than 12 hours — was on a five member bench that had unanimously delivered the July 28 Panama verdict that led to the ouster of Nawaz Sharif from the Prime Minister’s (PM) office. He was also a part of the three member bench hearing the 17 petitions against the controversial 2017 Elections Act, which ruled that a person disqualified under Articles 62 and 63 cannot be the head of any political party. Consequently, Nawaz lost presidency of the PML-N.Justice Ahsen was also on the five -member bench that gave the ruling that a disqualification under Article 62(1)-f is for life.

In 2016, advocate Owais Ali Shah, the son of the then Sindh High Court Chief Justice Sajjad Ali Shah — who has been elevated to the Supreme Court since then — was kidnapped from Karachi. He was eventually recovered in a military operation.

The ICJ today called on the Egyptian authorities to quash the conviction of, and immediately release Hisham Geneina, a former judge and former head of the Central Auditing Authority in Egypt.

A Cairo military court convicted Geneina on Tuesday 24 April and sentenced him to five years in prison for “publishing false information harmful to the national security.”

The charges were related to a media interview in which Geneina criticized the interference of the Egyptian authorities in the election process and referred to the existence of documents that incriminate political and military leaders since 2011, including in cases of human rights violations.

The first hearing of the military trial took place on 18 April.

At the defense request, it was adjourned to 20 April so that the lawyers can have access the case file. The judgement was issued 4 days later.

“Genina’s detention, prosecution and conviction solely for peacefully and legitimately exercising his right to the freedom of expression is a testament to the length to which Egypt’s military and government would go to silence critical voices,” said Saïd Benarbia, ICJ MENA Director.

The Jammu and Kashmir High Court Bar Association, Jammu, today told the Supreme Court that advocate Deepika Singh Rajawat, who is representing the victim’s family in the Kathua gangrape and murder case, was not threatened by any member of the lawyers’ body.

It further said there was a need for a “fair and impartial” CBI probe into the gangrape and murder case of an eight-year-old girl, while maintaining that it had not obstructed smooth functioning of the justice delivery system in any manner.

In an affidavit filed before the apex court, the lawyers’ body has said neither its office bearers nor any member of the association had obstructed or threatened Rajawat from appearing in the court.

It has claimed that a “motivated and malicious campaign” by some media channels has created an “erroneous impression” about the motives of the ‘bandh’ call in Jammu by projecting the legal fraternity and also the people supporting it as “pro-rapists, which is factually incorrect and misleading as such denied.

On #OTC this evening, inspirational Jammu lawyer Deepika Singh Rajawat. In conversation with @maneeshchhibber @manasi87 & me. Catch it on NDTV. pic.twitter.com/phY7aCk7q5

Deepika Singh Rajawat explains the role of media and communalism in the Kathua rape-murder case pic.twitter.com/5D4QJ2kxI3

Turkey: Journalist, lawyer given 17-month jail time each for accusing minister’s spouse of ByLock use

Journalist Ismail Küçükkaya and lawyer Fidel Okan were sentenced to 1 year 4 months and 20 days in jail each for implying that the family issues minister Fatma Betül Sayan Kaya’s husband had used the controversial mobile app, ByLock.

An Istanbul prosecutor earlier launched investigation against Küçükkaya and Okan for their ByLock accusations against the minister’s husband. In their Twitter posts, Küçükkaya and Okan said that Kaya divorced her spouse after she found out that he had downloaded the ByLock app.

The pair were sentenced on the grounds of “publicly insulting a civil servant” and of “defamation against the government.” media said on Thursday.

The court suspended the imprisonment.

To the government, ByLock is a communication tool among followers of the Gülen movement, accused by President Recep Tayyip Erdogan of leading the July 15, 2016 failed coup. Thousands of people including Taner Kilic, the chairman of Amnesty International’s Turkey branch have been arrested over ByLock use so far.

These nine activists were summoned to the 6th Branch of Evin Court (Moghaddasi) on Sunday, April 22 to present their last defense to court. Almost all the defendants rejected their charges, namely gathering and conspiring against the government.

According to an informed source, they were put under severe pressure and even physically abused during their detention to the extent that the signs of the abuse could still be seen in their physical and mental health.

Similarly, in another case, lawyer and human rights activist Mohammad Najafi was summoned to the Robat Karim Prosecutor’s Office. The lawyer was arrested after disclosing the reason behind the death of a protester who passed away in prison and was released from Arak Prison after 93 days on April 17.

Iranian regime started to arrest of renowned human rights defenders since February 1st, 2018, as another episode in a long crackdown on any form of peaceful activism in the country.