Raids conducted by the Federal Territories Islamic Religious Department (Jawi) were never done while armed with a search warrant, the Magistrates court was told today by a Jawi personnel.

Mohd Johan Mohd RIdzuan, a Jawi videographer, revealed this when he took the stand as the fourth witness during the trial of Siti Kasim, an activist who was charged and pleaded not guilty for voluntarily obstructing a Jawi officer, Sit Nor Jihan Saleh @ Md Ghazali, from discharging her public functions, during a raid at the Renaissance Hotel, Kuala Lumpur, on April 3, 2016.

“Whenever we go to a location, in any case, I never saw a warrant ever issued.

“We (Jawi) do not need a warrant to do checks, and on this night I did not see any warrant,” he said.

His answer drew loud gasps from the courtroom that was filled with more than 70 people comprising news reporters, Jawi employees, and a diverse group of Siti’s supporters.

This was in reply to a video presented in court, recorded by Mohd Johan himself, where Siti can be seen requesting a search warrant from a Jawi officer during the event in April 2016.

Mohd Johan, who took the stand on the third day of trial for Siti, was responding to a cross examination done by lead defence counsel Suzana Norlihan Alias.

Armenia: Advocate Vahe Grigoryan About the Problems of Independence of the Armenian Bar

The statement of advocate Vahe Grigoryan about the problems of independence of the Armenian Bar made in the framework of the 09.03.2018 Conference on the Current Challenges and Opportunities of the Bars and Law Societies of the Council of Europe Member States

I would like to skip the issues relating to the organisational aspects of today’s event, including the strange role of the President of the Bar Chamber in them to save time and to focus on what is most important to us.

I will start by thanking the experts invited to this event by the co-organisers for their readiness to share their interesting and informative opinions with us.

Given the fact that this is the first event in Yerevan with the participation of the interested organisations, including the ‘opposition advocates’ (please note that this label was given to us by the President of the Chamber and not me or any other colleague of mine), I would like to draw the attention of the present to a number of problems the Armenian Bar faces today.

Around 30 advocates have already applied to the Council of Bars and Law Societies of Europe (CCBE) expressing their conerns about a number of serious problems the Bar faces today and we look forward to hearing the positions of this and a number of other international bodies on solutions to these problems.

We are of the position that the President and the Board of the Armenian Bar Chamber have in fact transformed this professional self-regulated body into an instrument  in the hands of the Armenian Government with a view to subjecting it to a type of oversight, which is contrary to the standards enshrined in our Constitution and the relevant national and international instruments for regulation of the legal profession.

Thailand: Laying down the law

Recent high-profile court cases have led to some lawyers becoming media darlings. But does their increased profile help secure justice for clients or demean the judicial system? 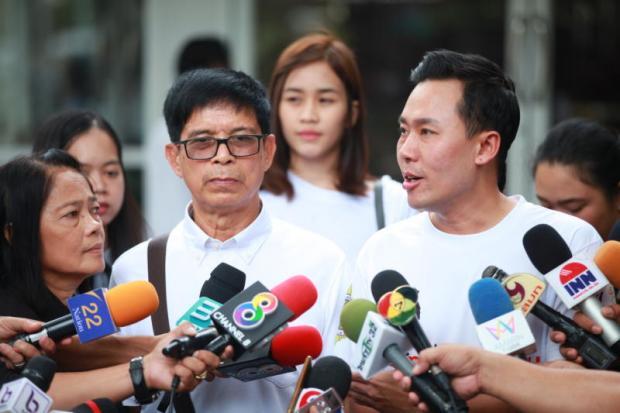 The image of an attorney of law is traditionally that of a formal, reserved figure in a suit and tie who mostly works from behind the scenes. But in recent months in Thailand, the spotlight has been cast…
…

Upendra Nayak, a 65-year-old lawyer, was granted bail and released from custody on 23 March 2018. Charged with several offences, including ‘sedition’ and ‘waging war against the government of India’, in relation to cases registered by the police over eight years ago, he could face life imprisonment if found guilty.

Upendra Nayak was granted bail after the local court cited old age and ill health on 22 March 2018 and was released from custody the following day.

Arrested on charges including “waging war against the government of India”, conspiracy, and committing a “terrorist act”, Upendra Nayak was remanded in judicial custody to a jail in Gajapati in Odisha state, eastern India on 21 February 2018. The charges relate to cases that were filed in 2009 and 2010 against several people, some of whom were represented by Upendra Nayak and subsequently acquitted.

The Odisha state police have accused Upendra Nayak of providing Maoist armed groups with logistical support from 2009 to 2010. During that time, several Adivasis were arrested for supporting Maoists, and Upendra Nayak defended them in at least 10 court cases, leading to the acquittal of many of those arrested. For over three decades, Upendra Nayak has defended Adivasi accused facing fabricated charges.

Adv. Upendra Nayak (Odisha) got released on bail yesterday.
Advocate Nayak was arrested in the same 10 criminal cases wherein he was defending other accused.
Congratulations to all those who struggled for his release.
However, the fight still continues. Karachi Bar Association announced to boycott the judicial proceedings at courts against police torture and arrests of lawyers outside Sindh assembly.

On Tuesday, Sindh police launched crackdown against the lawyers protesting outside the provincial assembly and arrested over 30 of them. Cases were registered against them at Aram Bagh police station, according to police station.

The bar association demanded the provincial government to release the lawyers, who were arrested from the protest demonstration outside the provincial assembly on Tuesday, and withdraw all cases filed against them.

The KBA had announced it will stand by the government lawyers till their demands are met, as their protest entered tenth day on Wednesday. All judicial proceedings have been suspended early this morning.

The lawyers said they are protesting as they are not getting promotions and three basic allowances for seven years now.

The strike by the government lawyers and prosecution staff caused troubles to thousands of litigants coming to the City Court.