The Italian National Bar Association, Il Consiglio Nazionale Forense, released a statement on Thursday on the occasion of the Day of the Lawyer, marked every April 5 in Turkey, to extend their support for lawyers under arrest in Turkey.

In the statement, the association expressed its solidarity with the Turkish lawyers and called on Italian authorities to urge the Turkish government to abide by its obligations under national and international law with regard to the arrested lawyers.

According to data from the Turkish Bar Association (TBB), 500 lawyers celebrated the Day of the Lawyer in Turkish prisons this year.

Particularly after a failed coup attempt on July 15, 2016, dozens of lawyers were arrested simply because their clients were people who had links to the Gülen movement, which is accused by the Turkish government of masterminding a failed coup in 2016. The movement denies any involvement.

The lawyers representing a group of police officers who uncovered government corruption in late 2013 have also been jailed solely because of the identity of their clients.

In addition to the risk of arrest, lawyers also face many obstacles in seeing their jailed clients. Most of the time, they are denied access to their clients for a long period after their detention due to an ongoing state of emergency in the country, which was declared in the aftermath of the coup attempt and is still in effect.

Our Statement Regarding 5th of April, Lawyers Day in Turkey.

https://odatv.com/o-davada-beraat-karari-veren-hakimin-esi-bugun-gozaltina-alindi-10041815.html (TURKCE –  Chief Prosecutor of Usak issued an arrest warrant for the wife of judge Derman Aslan.  This is remarkable because judge Aslan acquitted 32 lawyers ten days ago who were on trial because of protesting the chief prosecutor.) 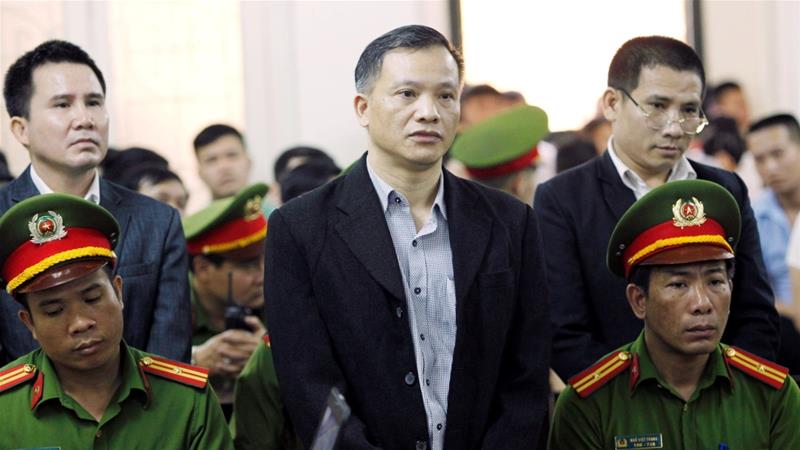 Nguyen Van Dai, the Vietnamese human rights lawyer and activist, has been jailed for 15 years, according to his wife, along with five other activists who have been given prison terms of 7-12 years.

Dai, 48, was charged on Thursday in a court in Hanoi with activities “aimed at overthrowing the people’s administration” at a tightly guarded trial in the communist country.

“He is innocent and he pleaded innocent at the trial. He will continue to fight and will appeal the verdict”.

But Le Thi Thu Hang, a foreign ministry spokesperson, said that “in Vietnam, there is no such thing as a ‘prisoner of conscience’, and there’s no such thing as people being arrested for ‘freely expressing opinion'”.

India: Delhi Lawyers on Strike Tomorrow: All District Court Bar Associations to Suspend Work In Protest Against Attack on Brethren 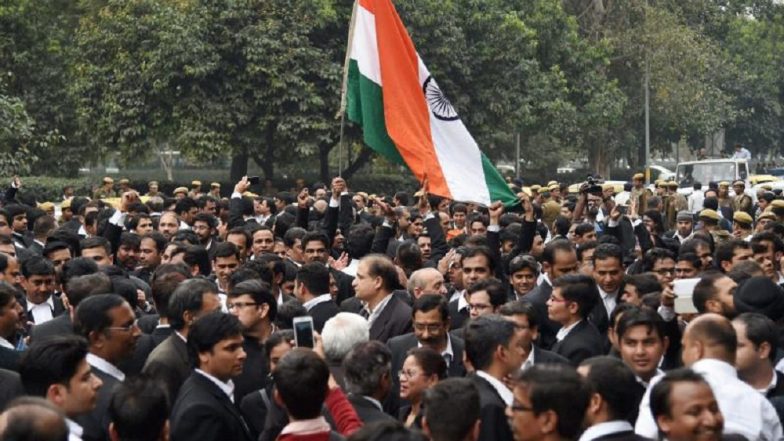 The lawyers of all six session courts of Delhi have called a strike tomorrow to protest against the assault on fellow brethren on Monday. The All District Courts Bar Associations have also sought action against police officials who did not pay heed to the attack on four lawyers at the metro station near Karkardooma.

Kasana said the lawyers were roughed up by parking attendants at the metro station after an argument broke out. He claimed the police control room was called twice for help, but to no avail.

The Jammu and Kashmir police on Tuesday filed an FIR against a group of lawyers for trying to prevent a Crime Branch team from filing a chargesheet against the seven accused in the rape-murder of a minor girl from Rassana village in Kathua. The lawyers, who have demanded a CBI probe while accusing the Crime Branch of investigating the case on communal lines, staged protests inside the district courts complex on Monday when the police had gone to file the chargesheet.

The Crime Branch, however, managed to file the chargesheet after additional forces were called in. On Tuesday, the team filed another chargesheet against the eighth accused, a juvenile, besides producing him at the chief judicial magistrate’s court. The body of the girl, from the Bakherwal community, a nomadic Muslim tribe, was recovered from the Rassana forest on January 17.

A total of eight people have been arrested. As the battle front shifted in recent days in a ravaged eastern suburb of Damascus, relatives of four human rights activists abducted there in late 2013 saw cause for hope: Might the transfer from opposition to government control of Douma provide clues to their fate?

The abduction of the two men and two women known as the Douma 4 — by Islamist rebels active in the area, their families say — was an ominous milestone in Syria’s cataclysmic war. It signaled the rise of armed Islamist groups that came to dominate the opposition while casting aside, often brutally, civilian activists who had helped coordinate the revolt against Syrian President Bashar al-Assad’s iron-fisted rule.

And the kidnapping was a high-profile reminder of the thousands of other Syrians who have disappeared, sometimes without a trace, over more than seven years of war. Relatives said that since the abduction on Dec. 9, 2013, they have had no solid information about the four: Razan Zaitouneh, Wael Hamadeh, Samira Khalil and Nazem Hammadi.

Rumors materialized and then dissolved. Enticing stories told by Islamist defectors could never be confirmed. “From time to time, we hear yes, they are okay, they are there, or they were given to the regime,” said Khalil’s husband, Yassin al-Haj Saleh. “We don’t really know if the information is true. It’s possible,” he said.

On Monday, as news of the prisoner releases circulated, the relatives grasped at every report.

“Yesterday, they released about 200 detainees,” said Zaitouneh’s sister, Reem Zaitouneh, who lives in Canada. “We are trying to get the names. We are trying to reach some people there. We hope they can find some news,” she said.

Her sister, a human rights lawyer, is a singularly revered figure in opposition circles, a woman who had defended dissidents in state security courts in the years before the revolt and then recorded war crimes and other violations by the government as well as its armed opponents after the uprising exploded into war.

She was a founder of the Violation Documentation Center as well as the Local Coordination Committees, a network that coordinated and documented anti-government protests and tallied the costs of the conflict.

Arguing that the matter should have been ended when a court ordered he was Kenyan and that he had not lost his citizenship, Dr Mutunga said Dr Miguna’s treatment was inhumane and unconstitutional.

“It is nauseating. It is very painful,” said Dr Mutunga in an interview with former anti-corruption czar John Githongo.

“Everybody knows that he was born here, he went to university, was expelled…, went to Canada, and made a life there. This thing that you lose citizenship is not there. These debates are irrelevant.”

Interior Cabinet Secretary Fred Matiang’i, Inspector-General of Police Joseph Boinnet, and Immigration Principal Secretary Gordon Kihalangwa have been found guilty of contempt of court in the Dr Miguna deportation saga, and have been fined Sh200, 000 each.

Dr Miguna was ejected from Kenya and bundled into a Dubai-bound flight on March 29.

It was the second time the fiery lawyer was being denied entry into his country of birth after he was pushed out on February 6 following five days of being held incommunicado in different police stations.

He was accused of treason for his role in commissioning the mock swearing-in of opposition leader Raila Odinga as the “people’s president.”

“These things have really traumatised me,” Dr Mutunga said.

Rapporteur of Car Wash Operation (Lava Jato) in the Brazilian Supreme Federal Court (STF), Justice Edson Fachin stated he and his family have received threats and said he is worried about their safety.

In an interview to Globonews published on Tuesday (27), the Supreme Court Justice said he has been discussing the matter with Court President, justice Cármen Lúcia, and with a Federal Police Chief who works in the court, and said he asked security measures to be taken.

“My concerns are not only the trials, but also the safety of my family members. I have dealt with this issue and with threats against members of my family.”

He stated, “not all instruments have been put in place yet.” “I have been actually worried about this and hoping we don’t have to change another lock on a door which has already been forced open.”