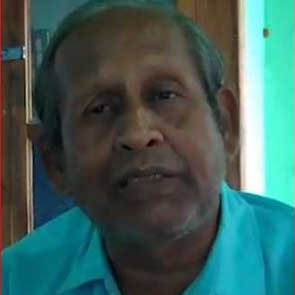 On 23 February, the bail application of senior counsel and human rights lawyer Upendra Nayak was rejected by the Junior Magistrate First Class (JMFC), Mohana in Gajapati district in Odisha state. He was arrested on 20 February by Paralakhemundi Police. His next bail application will be filed before the District Judge.

On 21 February 2018, Upendra Nayak appeared before Gajapati Judicial Magistrate and was sent to R. Udaygiri Jail.

On 20 February, Upendra Nayak was arrested in relation to ten criminal cases where he himself was the defense lawyer and has been charged under sections 121, 121-A, 124-A of the Indian Penal Code which are related to sedition, waging war against the State, and various sections of the Unlawful Activities (Prevention) Act. These cases were registered between 2009 and 2010 wherein he successfully defended adivasi individuals who were arrested under anti-Maoist operations. All the trials ended in acquittals.

This is not the first case where a lawyer representing or working with adivasi people has been subjected to judicial harassment in India. Most recently, Advocate A. Murugan was arrested in 2017 in relation to  criminal cases in which he had been defending the accused.

Front Line Defenders condemns the arrest of of human rights defender Upendra Nayak, as it strongly believes that it is directly linked to hispeaceful and legitimate work as a human rights lawyer in Odisha state in India. 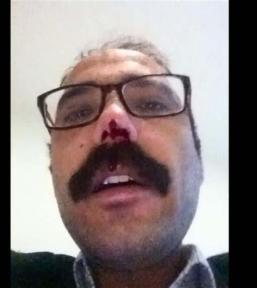 Kept in Tekirdağ No. 1 Type T Prison, Süleyman Gökten has told his lawyers that he and the inmates staying in the same cell were battered by guards last morning (February 26).

Speaking to bianet, lawyer Tamer Doğan and Ezgi Çakır conveyed that six of those battered in the cell were kept in room of sponge with their hands and feet handcuffed for six hours. Doğan and Çakır said that they will file a criminal complaint against the prison administration and guards.

According to Gökten’s lawyers Çakır and Doğan, as many as 50 guards entering the cells for morning roll call assaulted and battered them.

Lawyer Doğan added that those who were battered weren’t taken to infirmary on the pretext that there was no doctor in the prison. 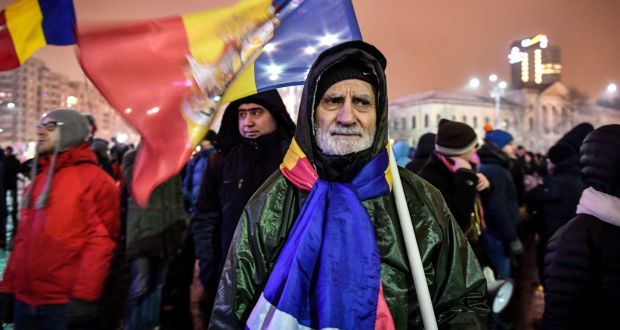 The Philippines: House justice committee to vote on probable cause in Sereno impeachment

The House justice committee is set to vote next week on the existence of probable cause in the impeachment complaint lodged against Chief Justice Maria Lourdes Sereno.

According to Committee chairman Oriental Mindoro Rep. Reynaldo Umali, the panel will hear for the last time on Tuesday the impeachment complaint against Sereno which was filed by lawyer Lorenzo Gadon.

Umali said next week’s hearing gives members of the justice committee enough time to think about how they would be voting.

“Since it would all depend on the individual appreciation of the committee, I encourage everyone to be mindful of our timeline today so that we will be able to make an informed decision or judgment when we vote on the probable cause,” he told members of the committee.

Sereno is facing impeachment for alleged culpable violation of the Constitution, corruption, and betrayal of public trust.

The NUPL is disconcerted at reports that some magistrates of the High Court have asked the Chief Justice to take an ‘indefinite’ leave in an apparent effort to browbeat her in her own turf.

If true, this
exposes the widening cracks in the institution which impact on
the independence of the Judiciary, the Court’s very integrity, and ironically, on respect for the Constitution apparently because of political designs, personal considerations, or convenient acquiescence to the dark side.

We submit that the Justices are bereft of any basis in law where they could prevent any of their colleagues from discharging their oath of office under the guise of an official leave, much less declaring the post of a sitting justice vacant.

If the reports are accurate, we seriously regret that the concerned Justices have prejudged the impeachment proceedings that is yet to be concluded at the House of Representatives or of a possible trial in the Senate.

Worse, the said Justices have practically impeached their own colleague, instead of letting the process take its course in accordance with the Constitution they swore to uphold and to stand as supposed symbols of law and justice.

The losing party here is not the Chief Justice nor any Justice of the Court. It is also not the Court or the entire judicial system. It is the residual faith of the people in already unresponsive institutions whose roles are being wilted away, willingly or unwillingly, to de facto authoritarianism.#