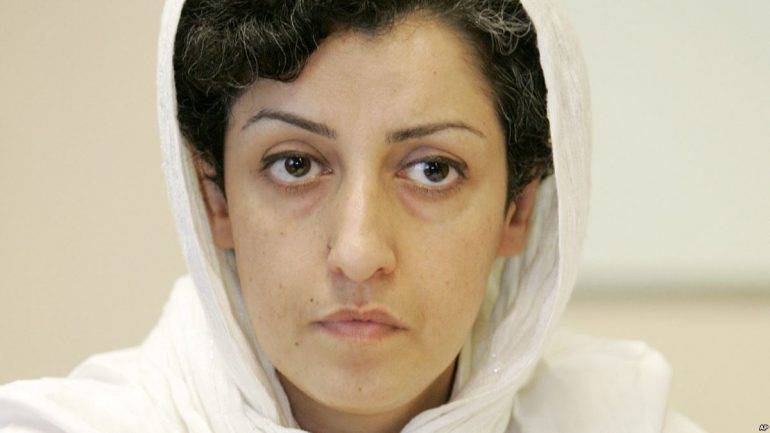 A prominent human rights defender, Mohammadi was sentenced twice for her human rights activities and is in the midst of serving a sentence amounting to a total of 16 years for what human rights group Amnesty International describes as trumped up charges.

Mohammadi’s situation is however not atypical for human rights defenders in the Islamic Republic. As Amnesty International’s Researcher for Iran Raha Bahreini told The Iranian, it is representative of the way in which the country treats those who campaign for the improvement of the human rights situation within it. In particular, her case is part of a wider crackdown against those campaigning to end the death penalty in Iran.

Also notable is the conviction of Abdolfattah Soltani, a founder of the Centre for Human Rights Defenders. He is serving a 13-year prison sentence, also in Evin prison and again in part for his peaceful activism against the death penalty in Iran. 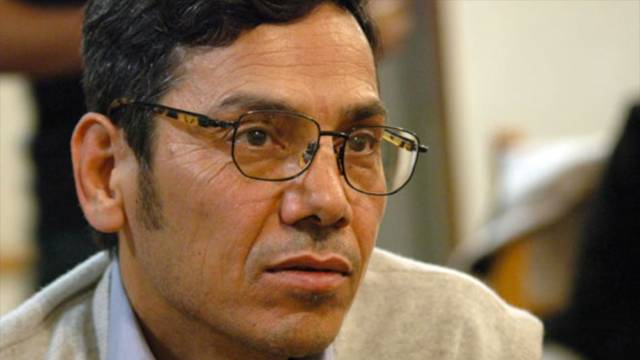 Routine work in all the courts of Jagatsinghpur and Kujang was completely paralysed on Wednesday as lawyers boycotted their duties in protest against recent attacks on two senior advocates in Paradip.Condemning the assault on the lawyers by BJD leader and councilor of Paradip Municipality Manas Biswal, hundreds of lawyers of Kujang and Jagatsinghpur District Bar Associations abstained from work. On January 30, Biswal had attacked senior advocate Debabrata Sahoo in Paradip town when the latter opposed the use of loudspeaker at a function organised by the councilor. Though Debabrata lodged an FIR in this regard the next day, police are yet to act against the BJD leader.

Earlier, another advocate Kailash Sahoo was attacked by drunk miscreants who were creating nuisance in the market area. Kailash was assaulted with wooden planks when he raised objection to their activities. The advocate sustained head injuries and was rushed to Biju Memorial Hospital near Atharbanki. Later, he was shifted to SCB Medical College and Hospital in Cuttack.

Though Paradip police arrested four accused who had attacked Kailash, no action was taken against Biswal and his supporters due to his links with the ruling party, the agitating lawyers alleged and demanded suspension of Paradip IIC for not acting against the accused BJD leader.

Maldives President Abdulla Yameen refused Thursday to meet senior European diplomats who were the first foreign dignitaries to visit the troubled nation since his crackdown on the islands’ judiciary.

Envoys from the European Union, Germany and Britain arrived in the capital after top judges and several other dissidents were arrested this week, as Yameen appeared to gain the upper hand in a bitter power struggle.

The tiny island nation has been grappling with a political crisis after the president refused to obey a Supreme Court order to release nine political prisoners and declared a state of emergency.

The German Ambassador to Sri Lanka, Jorn Rohde, said the trio requested meetings to discuss Yameen’s crackdown on dissent which the UN human rights chief had dubbed “an all-out assault on democracy”.

“Sadly the Maldivian government refuses dialogue today with my UK/EU colleagues… Our requests were unfortunately refused,” Rohde said on Twitter. “That is surely not the way forward.”

The diplomats, based in neighbouring Sri Lanka but also accredited to the Maldives, arrived in Male after the regime said it was open to foreign observers visiting the country.

However, foreign media have effectively been barred after authorities imposed tough visa conditions and warned they would take up to three weeks to process applications.

The wife of the detained lawyer Mohamed Abdallah El Doma, co-vice-president of the National Umma Party (NUP) and the chairman of the Darfur Bar Association, has demanded the security authorities reveal her husband’s place of detention and allow her to visit him.

Maryam Abakar Mohamed told Radio Dabanga that since El Doma’s arrest on January 17 in Omdurman, she has not known where he has been held nor been allowed to visit him.

She said she was worried about his health as he is suffering from cartilage and blood pressure.

She said there has been undocumented information indicating that they had transferred him to Zalingei in Central Darfur and then to El Fasher in North Darfur.

She said she had made several requests for a visit but had not yet received a response from the security apparatus which had declined to reveal his whereabouts.

She appealed to the security services to reveal the whereabouts of her husband to enable her to meet him. Human rights groups have been concerned since President Uhuru Kenyatta took power in 2013 at the authoritarian direction Kenya’s government has been taking. But the situation has taken an alarming turn in the past week. Three highly repressive measures by the authorities since January 30 should worry us all, including the international community, which has been treating Kenyatta’s administration with kid gloves.

Kenyan media and nongovernment groups that are even mildly critical of the government have come under immense pressure in the last five years.

On the early morning of February 2, police broke into the house of an opposition lawyer, Miguna Miguna,and arrested him. Miguna is one of the people who swore Odinga in as the people’s president That evening, Miguna’s lawyers secured a court order for his release on bail.

Kenyan authorities simply ignored the order and not only failed to release Miguna but denied him access to lawyers and to medication despite reports that he had an asthma attack in police cells and urgently needed the medicine. His lawyers struggled to establish where he was being held. Miguna had not been charged by the third day even though Kenyan law requires an accused to be charged within 24 hours or be released.

On February 5, police ignored a second court order to produce Miguna in court, prompting the judge to cite the inspector general of police and the director general of the directorate of criminal investigations for contempt. On Feb 6, media reports suggested that Miguna may have been charged in a Magistrates court in the outskirts of Nairobi, but police failed for the second time to produce him before the High Court as ordered by the Judge. Instead, later that evening, and rather than present him before court as ordered, police deported Miguna to Canada, the country of his acquired citizenship.

This heavy-handed approach by the Kenyan authorities completely disregards international law and its own national law. The government and state officials have a responsibility to uphold the rule of law, especially releasing people whom courts have ordered released – even more so at a time when the political stakes are so high.

Miguna Miguna has received a warm welcome on arriving in Canada earlier today.

A handful of men and women awaited for him at Toronto International Airport, and Mr Miguna was presented with a bouquet of flowers upon arrival.

“Welcome ‘general’! Welcome home,” a woman said when she saw him.

“Miguna Miguna how are you?,” a man asked him.

“Kenyans are watching you, they want to hear a word from you,” Miguna told.

“No, today, I want to go and take a shower, I haven’t showered for the last six days, maybe seven. So I need to take a good shower, hug my wife, hug my children, then eat properly, I have not eaten for the last one week and then I can talk about anything else.” The exiled former president of the Maldives accused authorities on Wednesday of mistreating a supreme court judge thrown into prison following the imposition of a state of emergency in the Indian Ocean island nation.

The Maldives has been in crisis since last week when the Supreme Court quashed convictions ranging from corruption to terrorism of nine opposition figures, including former president Mohamed Nasheed, its first democratically elected leader.

Tension came to a head when President Abdulla Yameen’s government rejected the ruling, imposed a state of emergency on Monday and then, in the early hours of Tuesday, arrested the chief justice and another judge of the court.

Judge Ali Hameed was being harshly treated, Nasheed said in a Twitter post. He was granted asylum by Britain after the Male government allowed him to leave jail for medical treatment abroad in 2016.

Former president Maumoon Abdul Gayoom, 80, who was also arrested in the crackdown and sent to a prison island, had stopped eating, Nasheed added.

“I am told President Gayoom is not taking food, while Justice Ali Hameed has been ill treated,” Nasheed said on Twitter, but gave no further details.

Kenya/Canada: I will make the rogue despots pay for deporting me, vows Miguna

A defiant Miguna Miguna yesterday lashed out at the Government’s decision to deport him to Canada, vowing to make those responsible pay

In a statement issued from the Netherlands during a stopover, Miguna said he had instructed his lawyers to ensure that those behind his deportation paid for what he described as “impunity”.

“I will challenge all the illegal and unconditional actions by the despots in court starting today. I have instructed a battery of competent advocates to ensure that the ongoing rogue purveyors of impunity are brought to book. They are not above the law, even though they behave as if they are,” wrote Miguna.

The vocal lawyer also said he was forcibly placed on a late night KLM Royal Dutch Airlines flight from Nairobi to Amsterdam in flagrant violation of his constitutional rights, five court orders and “common decency”.

He also revisited his arrest last week and subsequent detention, accusing State agents of destroying and illegally seizing his property.